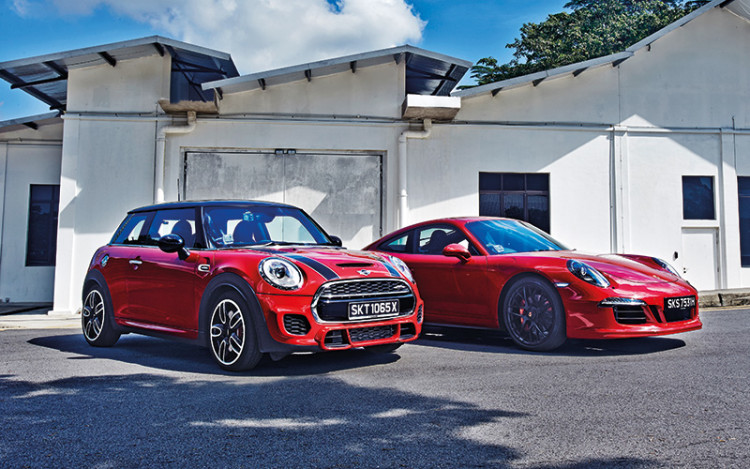 Having spent almost a week driving a Porsche 911 Carrera GTS, I now have an inkling of what it would be like to actually own such a car. “Awesome” is a word that comes to mind when I imagine such a scenario.

One reason for the 911’s enduring popularity is its everyday useability. For instance, even if you don’t live in a landed property, the Porsche fits nicely in an HDB carpark space, with inches to spare on either side of the demarcating lines.

During my time with the GTS, its front bumper never kissed the bottom of the ramps in my multi-storey carpark. There were no worries, even though the ride height is 10mm lower than standard.

Driving to work in the GTS was a dream. The morning commute was pleasurable instead of painful, and passing through the KPE tunnel was an aural delight.

I’d wind down the window, pull the left paddle-shifter twice and stab the throttle to make the 3.8-litre flat-6 sing in full harmony. I pictured all 430 German horses hitting the tarmac via the car’s very wide 305/30 series rear tyres.

Like a naughty schoolboy, I repeated the downshifting manoeuvre while accelerating down Genting Lane. Upon entering our office compound, I would smile and wave at our friendly security guards, who would immediately raise the carpark barrier.

At that point, I couldn’t think of any downsides to owning a GTS. It was exhilarating to drive, and sent my pulse racing even before I got behind its wheel. Who needs exercise?

The more I imagined having a GTS, however, the more I realised that it would be impossible to live with just this one car. Sure, it is fantastically quick and can be driven into most carparks in Singapore (try that in a Ferrari or Lamborghini), but realistically, a backup car would be needed. 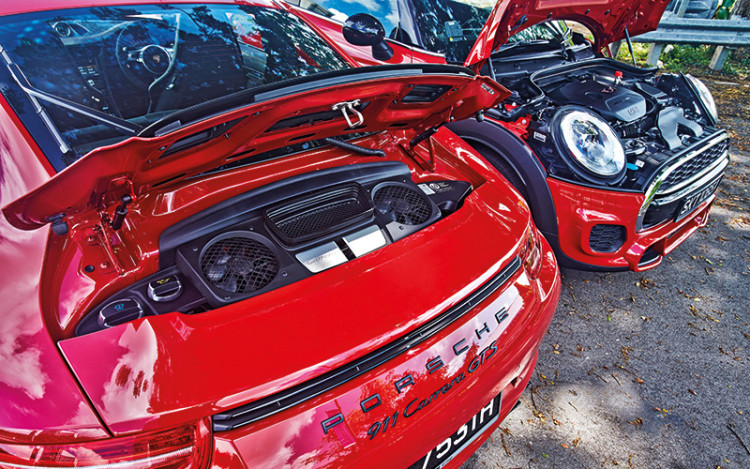 This Porsche has a 125-litre compartment below the bonnet for your belongings, but honestly, it’s not much use for grocery runs.

When it’s time for the GTS to visit the workshop, it would take at least a day for it to be properly serviced. That rear-engine layout means the car has to be hoisted so the engine can be “dropped”.

And as fun as this automobile is, its high-octane diet requires a trip to the petrol kiosk every two to three days. Porsche claims a combined economy of 11.5km/L, but you’d be lucky to achieve half that figure.

That’s when the MINI John Cooper Works comes in. It is the ideal second car for running errands when the 911 is in the shop.

Like the GTS, this MINI is also referred to by its initials – JCW. And like the Porsche, this vehicle also packs more than enough power for Singapore roads. It is the most powerful MINI model to date, with a turbocharged 2-litre inline-4 that pumps out 231bhp and 320Nm.

Although the car’s century sprint time of 6.1 seconds seems slow compared to the GTS (which does it in 4), the JCW’s zippiness and agility will make you swear that the timing figures have been understated.

Now, while the JCW isn’t as loud as the Porsche, its soundtrack is no less arousing. Select the Sport setting on its giant rotary dial, and this hatchback will put a big grin on your face as you carve up corners accompanied by a burbling, popping exhaust.

The turbocharged MINI feels even more at home when it comes to nipping through slower traffic, which is something that the naturally aspirated GTS isn’t quite engineered for. 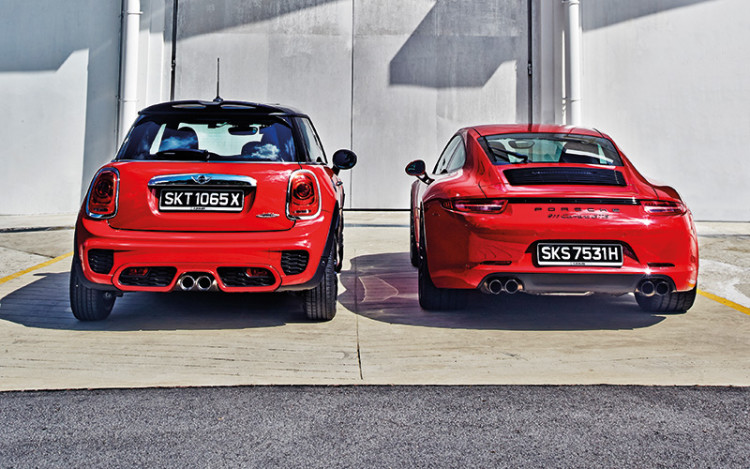 The grocery run is an easy “heist” in the JCW, which has a roomier 211-litre boot. If you’re stocking up for a week, folding the rear backrests expands this volume to an even more useful 731 litres.

The JCW is also better for getaways because its backseat can actually accommodate two adults, whereas the cramped rear seats of the Porsche are only for show.

If I owned a 911 Carrera GTS, there would only be one backup car for me to consider. Pass the pepper, please.