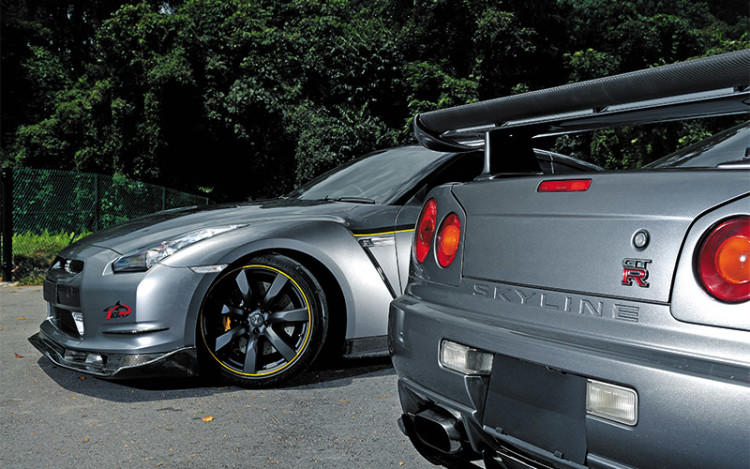 The WRX and Evo have their legions of fans, and the Supra and NSX have also garnered a strong following in Japan and around the world. But when it comes to Japanese high-performance tarmac gobblers, and the highest of automotive technology, the Nissan Skyline GT-R has no equal.

Everyone who knows anything about the “Godzilla” hopes to one day own one. And everyone who owns one can count himself lucky to have in his possession a fantastic car. Like Fong and Philip, the lucky lads that get to drive the two grey beauties featured here every day.

Fong’s ride, the R34 GT-R, is one of a few left here (they were rare to begin with) and is almost 16 years old. Philip’s spanking new R35 GT-R, on the other hand, like all the R35s on our roads, is six years old. Looking at their condition, you would have been hard pressed to tell that they are almost a decade apart in age. 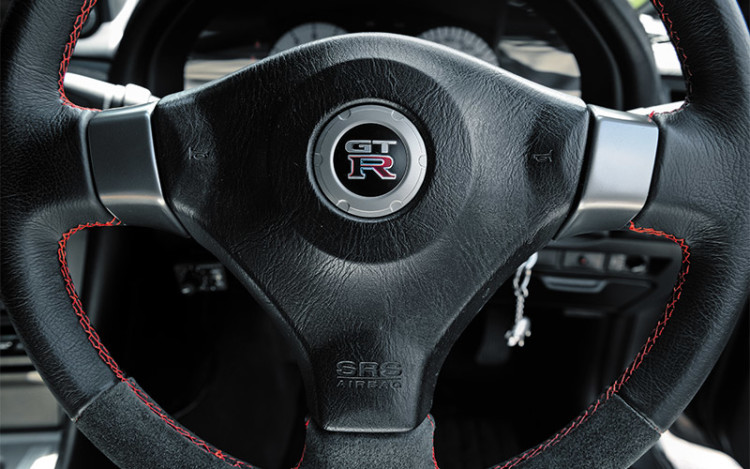 The R34 has, obviously, been cared for a great deal, as it is in fine fettle. The seats and plastics do show obvious signs of wear and tear but there are many “younger” cars out there that look much worse.

Design-wise, the R34 and R35 are worlds apart. The R34 is boxy-looking, but its fenders flare out more exaggeratedly than on the Skyline coupe and sedan that it’s based. The R35 is designed from the ground up as a stand-alone model (it’s no longer part of the Skyline family) and does not look like anything Nissan has ever made.

Both GT-Rs have benefited from an extensive list of styling add-ons. The R34 has been enhanced with a mixture of Z-Tune and Nismo aero components, while the R35 has gone the Auto Select, Zele and Password JDM route with its exterior mods. 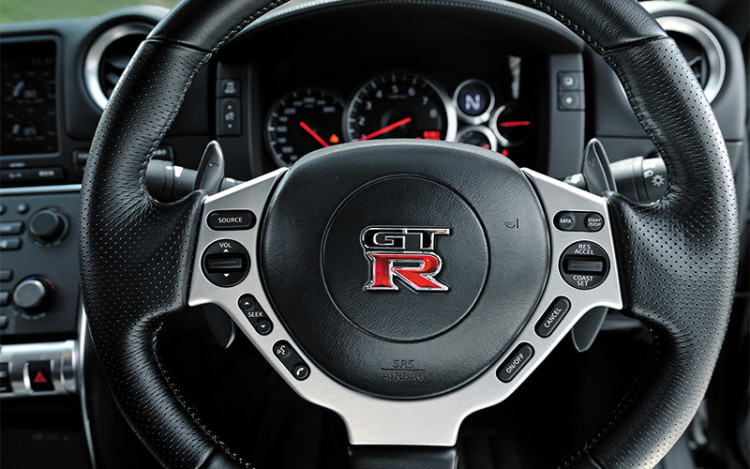 Visually, the new components on the R34 have a greater impact, as they help to break up its angular lines and flat surfaces while endowing it with a great deal more road presence. The R35, on the other hand, does not need such mod jobs. Instead, the mods on Philip’s car serve to complement its muscular profile rather than transform it.

Wheel-wise, Fong opted for a new set of “shoes” for his R34: 19-inch Volk Racing TE37 forged alloy wheels, which are not only lightweight but also very strong. The chunky and aggressive design of the 20-inch wheels that comes standard on the R35 matches perfectly, so Philip opted for a new coat of matt black paint, finished off with yellow time attack-style rings instead of new wheels. 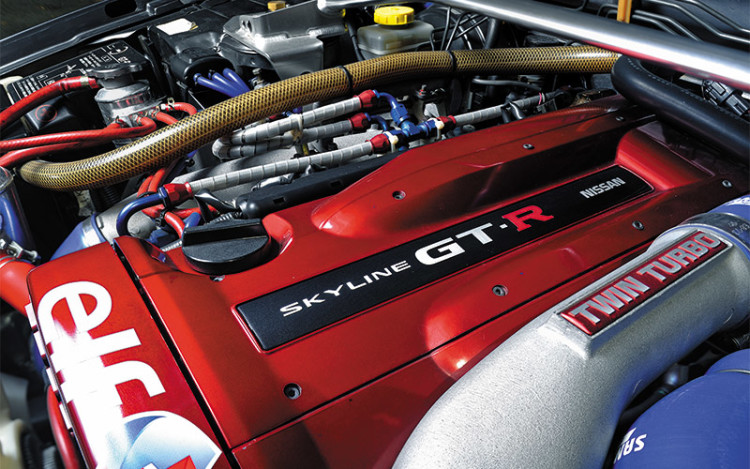