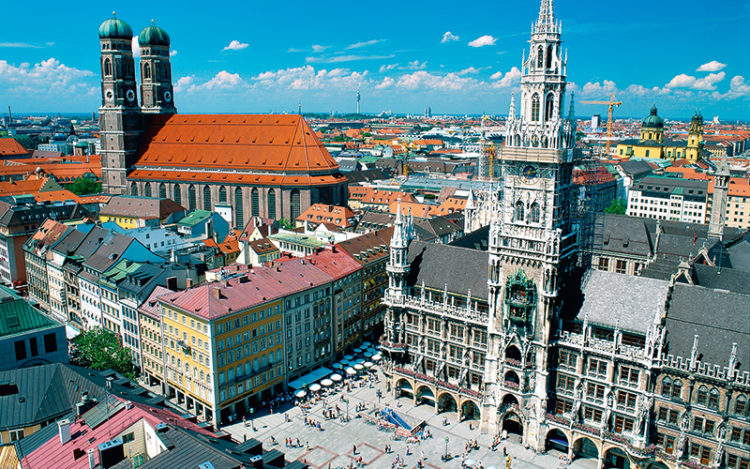 Munich’s location makes it one of the most convenient gateways to Central Europe (or even the southern part of it), especially with direct flights from Singapore. It also gives us motorheads an excuse to visit BMW Welt, or Audi’s hometown in nearby Ingolstadt. But we all know that automobile museums and factory tours don’t take a whole day – even for the most hardcore car nut.

So what can you do if, say, you have a day or two to idle away in Munich before your flight back home? I recently asked a friend there, “What else is there to keep a tourist from Asia entertained other than to visit the BMW HQ?”

His response was: “You haven’t seen the real ‘BMW’ – beer, museums, and winterland.” And believe me, I was pleasantly surprised by this “other” BMW.

My first “pit stop” would be the coldest and highest peak of Germany, known as Zugspitze. Naturally, I was driving a BMW – a 530d xDrive, to be exact. This is a 5 Series saloon with a 3-litre diesel engine that delivers power to the ground through a multi-clutch, continuously variable, all-wheel drive system. 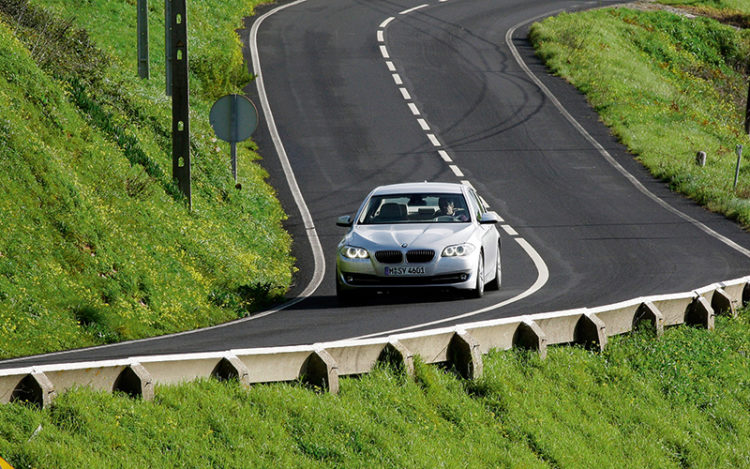 This oil burner was surprisingly smooth and quiet when I fired it up. I like this engine not only because it doesn’t rattle as loudly as a bus, but also because it delivers its torque in a creamy manner. Even when overtaking at 160km/h, or flying along at 210km/h on the speed-unrestricted sections of the autobahn, the 530d didn’t feel strained. In fact, when I stomped on the throttle pedal, the engine growled, almost like a cross between an inline-6 and a big V8. It was fairly frugal, too, returning 12.5km per litre, even with liberal use of the accelerator.

Thankfully, I never got the chance to test out the full capability of the xDrive system, even when passing areas with snowfall en route to the Wetterstein Mountains one hour south of Munich. Even at 120km/h over these slightly snow-dusted roads, the 530d xDrive felt confident. The winter tyres fitted to the vehicle certainly helped in the grip department.

On my way to the Alps, I was glad to experience rain, snow and sunshine. The drive took me from snow-covered meadows shrouded by fog to a sunbathed stretch of twisty tarmac, where I could enjoy the handling capability of the 5 Series. 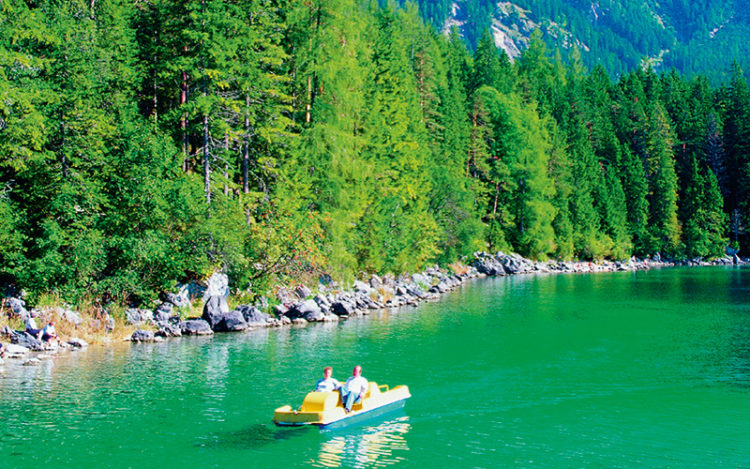 The roads only took me as far as the scenic lake town of Ebisee, where I had to “ditch” the car before going up the mountains. There are two ways to get there – a 45-minute ride on the cogwheel train, or a 10-minute glide up in the cable car.

But the “low laying” glacier isn’t what I came up here for – it was the peak I wanted to conquer. So, I made a beeline for the cable car that whisks passengers to 2,962m above sea level in four minutes. Here, I saw serious X-Games types fully kitted to slice down the slopes, but there were also curious visitors (like yours truly) hoping to capture multi-megapixel “posters” of blue skies and fresh powdery snows on their compact cameras.

It’s a short walk into Austria, but alas, the snow was pelting and the winds were howling. It was impossible to have stayed out in the elements without full-faced protection. So, I went into Gipfelalm, touted as the highest restaurant in Germany, where I had a customary “coffee and cake” (the Germans’ idea of afternoon tea). 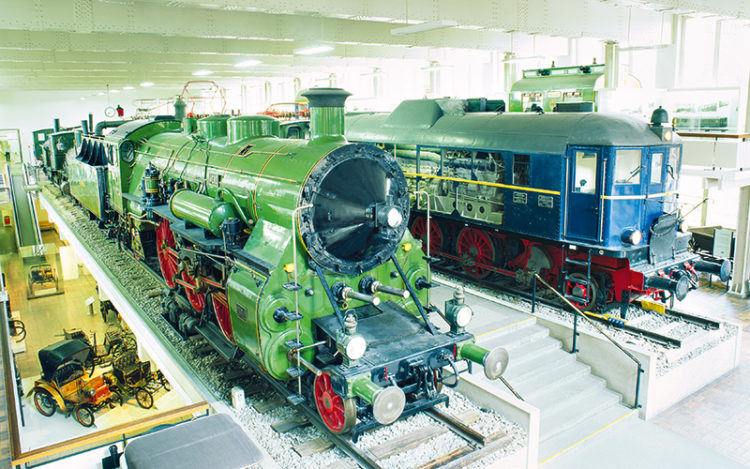 With only postcards and a train ticket to show for my quest to cover “W” (winterland), I headed back down the mountain to the waiting car and went looking for some “B” (beer – after all the driving, of course).

A quick drive northward brought me to one of Munich’s busiest nightspots in no time. Strange as it may sound, it is rather challenging to find good Bavarian food in the heart of Bavaria. Some locals I spoke to say this is because most of the best, traditional home-cooked food only makes it from grandma’s kitchen to the dining table. I was then directed to a Brauhaus (brewhouse) for a taste of authentic Bavarian food and booze.

A happening hangout for Munich locals is an unassuming eatery called Weisses Brauhaus. Open the door, and you’ll be greeted by rows upon rows of thirsty Germans chugging down their favourite beer. The place is right across from a Paulaner branch that was almost empty, which shows just how popular this joint is – and I sat among hundreds of happy customers. 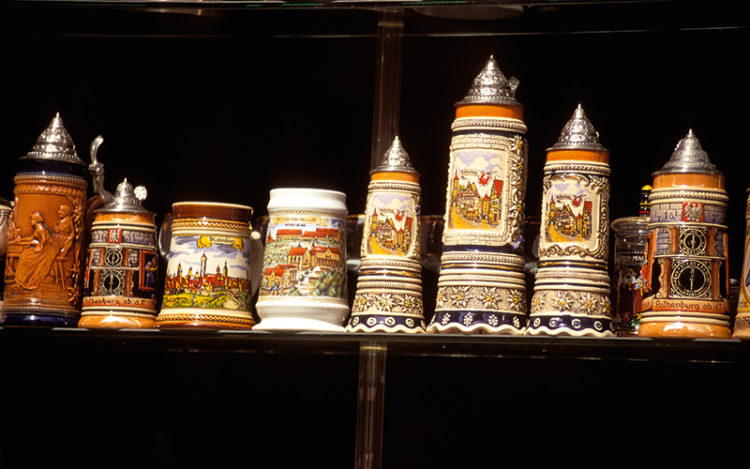 My quintessential order of pork knuckles was crispy on the outside and moist on the inside, with the gravy that came on the side matching it perfectly and hinting of beer somewhere in that thick consistency. For newbies, the practice of sharing a table with complete strangers may seem awkward, but smiles soon turn to conversation as the locals try their hand at English with you.

After a hearty Bavarian meal washed down with a pint of beer, it was time to hit the sack and prepare for the next day’s museum-hopping. 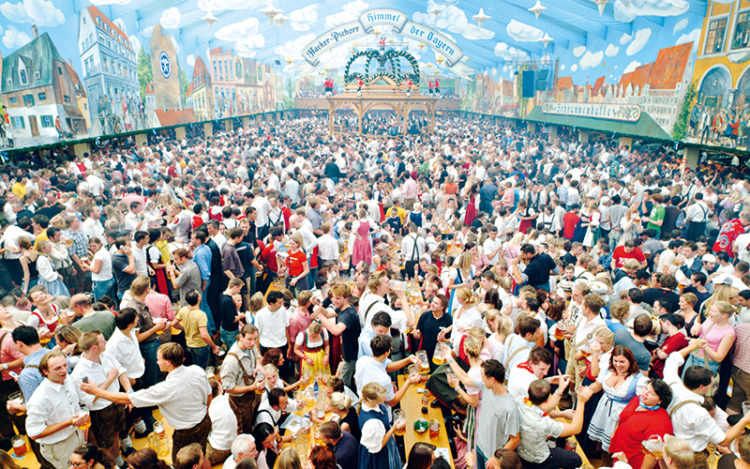 Oktoberfest in Munich is undoubtedly mecca for the beer lover.

While Germany is known for its industrial prowess, it has over 1200 museums, with over 80 in Munich alone. They cater to a wide variety of interests, from ancient to modern art, as well as science and technology. The must-see museums include the Deutsches Museum in Kunstareal (“art district”). Last but not least, you shouldn’t miss BMW’s own museum – which represents the “M”

This article was first published in the March 2013 issue of Torque.