The new Porsche Panamera would be a great family car | Torque
Loading posts...
0 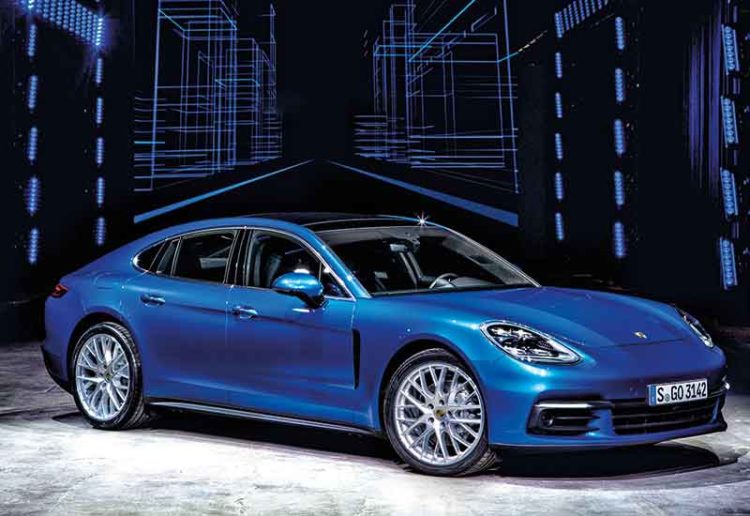 Whether “four-door coupe” is a misnomer has been the subject of much debate. To me, however, it is nothing more than just a term. What I am more interested in is establishing how family-friendly a four-door coupe is, and I had the opportunity to find out when I test-drove the new Porsche Panamera.

While I’m still ambivalent over how the first-generation model looks, I find the new Panamera simply stunning.

I couldn’t take my eyes off the side profile, with its silhouette that now relates more closely to the 911. The previous Panamera’s slight “Quasimodo” hump at the rear has been replaced by a lower and more sweeping “Porsche flyline” roof.

I also couldn’t resist the redesigned rear end, whose horizontality is emphasised with the tail-lights connected by a row of LEDs and the rear spoiler seamlessly integrated into the rear tailgate.

Some of us may have difficulty reconciling the Panamera’s sporty and stylish good looks with a family car, in the same way that we sometimes doubt the domestic competency of a mother who is dressed to the nines. This is where we have to remind ourselves to never judge a book by its cover.

The Panamera’s stint as my “domestic helper” for two days started with the school run. It took some effort persuading my daughter to get onto the backseat, because she was swooning over the Sapphire Blue Metallic body colour.

Once in the car, she quickly picked up on how spacious the rear cabin was. With the front passenger seat adjusted forward, her feet did not touch the back of the seat, which in her books puts any car right up there with Cinderella’s pumpkin carriage.

The climate-control console between the rear seats kept my little princess well-occupied for the better part of the journey, and I was left in peace to enjoy the drive as we made our way to meet my husband for lunch.

The second-generation Panamera felt lighter and quicker on its feet than its predecessor, partly thanks to a new V6 turbo petrol engine with 20bhp more.

It is a fairly long car, but it carried its 5049mm length well, working its way gracefully around corners.

The ride was well-balanced – not too hard and not too soft, just like how Goldilocks likes her bed. 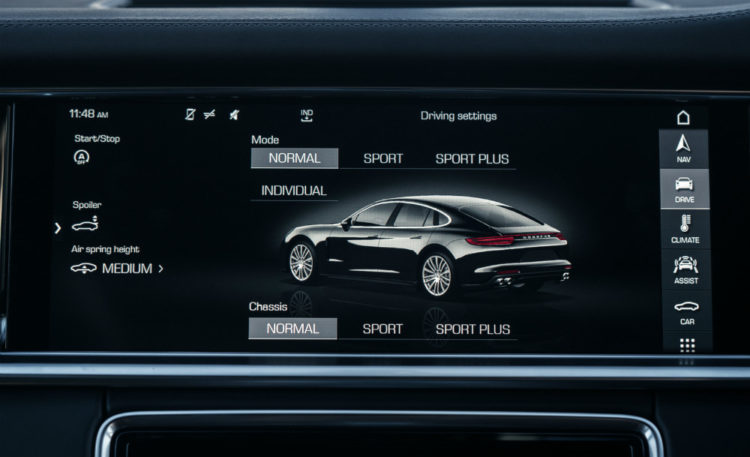 Enjoying the drive while going about mummy duties never failed to put a smile on my face. The optional Sport Chrono Package let me toggle between driving modes as quickly as my daughter changes her mind about her favourite colour.

And with the Sport Response Button that unleashes maximum power for 20 seconds, nobody was getting in the way of this mummy in a hurry.

When you have to battle crazy drivers out there and pacify a child on the backseat demanding your attention, the last thing you need is to fumble with complicated controls.

In the Panamera, everything was accessible via the Porsche Communication Management system’s 12.3-inch touchscreen.

I loved the crisp and tactile feel of the screen taps, and navigating the system was such a breeze that even my seven-year-old got the hang of it almost instantly.

I enjoyed having everything at my fingertips, except for the air-con vent adjustments, which should have been left where they usually would be – on the vent itself. Trying to adjust the vents via a touchscreen while on the move was like trying to get a spoonful of broccoli into a toddler’s mouth.

No “domestic helper” test would be complete without a trip to the supermarket. I had no difficulty transferring the contents of a fully loaded trolley into the boot.

As a family with only one child, we are hardly the ideal test subjects to ascertain how family-friendly a four-door coupe is.

And as a female petrolhead who would rather stack my kids up like coffee-shop chairs in order to fit into a sexy two-seater than be caught behind the wheel of an unsexy people-mover, I am hardly the most appropriate candidate to pass an impartial judgment about family-friendly coupes.

Nevertheless, speaking for my very atypical Singaporean family, I am convinced that a four-door coupe would complement our lifestyle nicely.

And one like the new Panamera exemplifies the versatility of the modern mother, who is both a capable homemaker and an accomplished career woman.