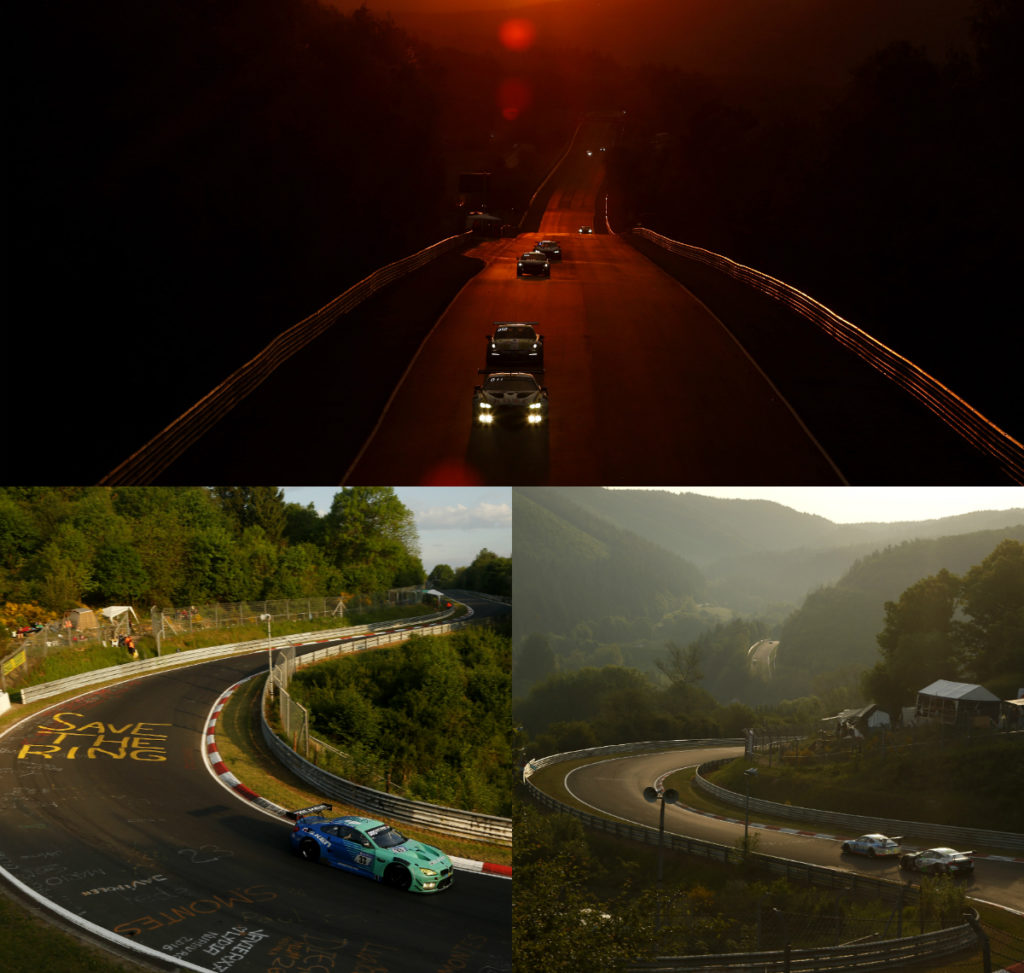 One lap of the Nurburgring Nordschleife in a near 5 metre-long BMW M6 GT3 with close to 600bhp ripping through its rear wheels is probably daunting enough, but to drive such a monster around a racetrack so dangerous that it’s been deemed unsafe for F1 for the past 40 years, for a full 24 hours, through the night, through mist, fog and rain, must be downright terrifying.

But that’s just what seven teams of drivers of BMW’s GT3-category contender did over the last weekend of May, hurling their snarling, howling and popping beasts through the max-speed straights and 73 turns of this fearsome, legendary racetrack, in close proximity to over 150 other racecars piloted by similarly loony men (and a few women).

And that’s why the crowds (estimated at a quarter-million!) flock religiously every year to the Nurburgring 24 Hours race – to witness, and pay homage to, these nutters hurtling around this long, narrow ribbon of tarmac which undulates, dips and rises through the pine forests in the Eifel region in Germany.

It’s not just a motor race, it’s a petrolheads’ festival. The atmosphere is electric, you can feel it even as you near the circuit, edging along as the traffic along the country roads gets denser the closer you get.

There are massive temporary hospitality buildings by BMW, Mercedes and the like bordering the newer, stadium section of the circuit, and the concourse by the main grandstand and paddock area is packed with merchandise stalls, pop-up stands and huge crowds.

Starting from the Friday, campsites and carparks around the 20-plus kilometre circuit get progressively packed with caravans and tents, the late spring sunshine beating down on bare-bodied men (and some women) in deckchairs drinking beer or tending to their bratwursts and pork chops at makeshift barbeque pits. The obligatory inflatable pool can occasionally be seen, too, as a respite from the heat – or just as an excuse for the girls to get bikini-clad.

All these, while monsters such as the M6 GT3 and its rivals like the Audi R8 LMS, Mercedes-AMG GT3, Porsche 911 GT3 R, Scuderia Glickenhaus SCG003 (a limited-edition Ferrari Enzo-lookalike supercar), Bentley Continental GT3, Ferrari 488 GT3 and others rocket by at full pelt.

But there are also budget outfits running far more modest machinery like the Porsche Cayman, BMW 335i, and even a 1980s Opel Manta.

The event appeals to all demographics – there are families with kids, scruffy twenty-somethings, pot-bellied middle-agers and older folks. Fans are as likely to turn up in a Porsche 991 GT3 RS as they are in a battered 1980s Golf or Opel Kadett. The fervent spectators and the hang-loose atmosphere are a far cry from the more sterile, stage-managed stiffness of an F1 event.

The party scene continues into the dusk, through the night, all the way till the chequered flag falls at 3pm the next day. As does, lest we forget, the racing. And the competition is of the highest order, the works BMW and Audi teams battling race-long for the outright win.

There are spins, shunts, breakdowns and mechanical issues up and down the field throughout the race, the leaderboard changing several times. The pole-position sitter and early-lap leaders, the Scuderia Glickenhaus SCG003, gradually fades from the picture as the #29 and #9 Audi R8 LMSs, with their big-budget factory backing and local knowledge, come to the fore in a comfortable one-two, with the #98 BMW M6 GT3 in third.

The lead #29 Audi then falls to third due to electrical problems, but a decision to fit rain tyres at the final pit stop proves inspired, when rain starts to fall in the final laps and the two lead cars have to stop again to swop out their slicks.

So Audi finished first and third, and a brilliant second place for the #98 BMW piloted in the final stint by Nicky Catsburg (sharing with Alexander Sims, Richard Westbrook and Markkus Palttala), which grabbed the position from the #9 Audi on the very last lap.

A mad ending to a mad, mad race. But motor racing has always been a delicious lunacy, and the Nurburgring 24 Hours is about as insane as it gets. 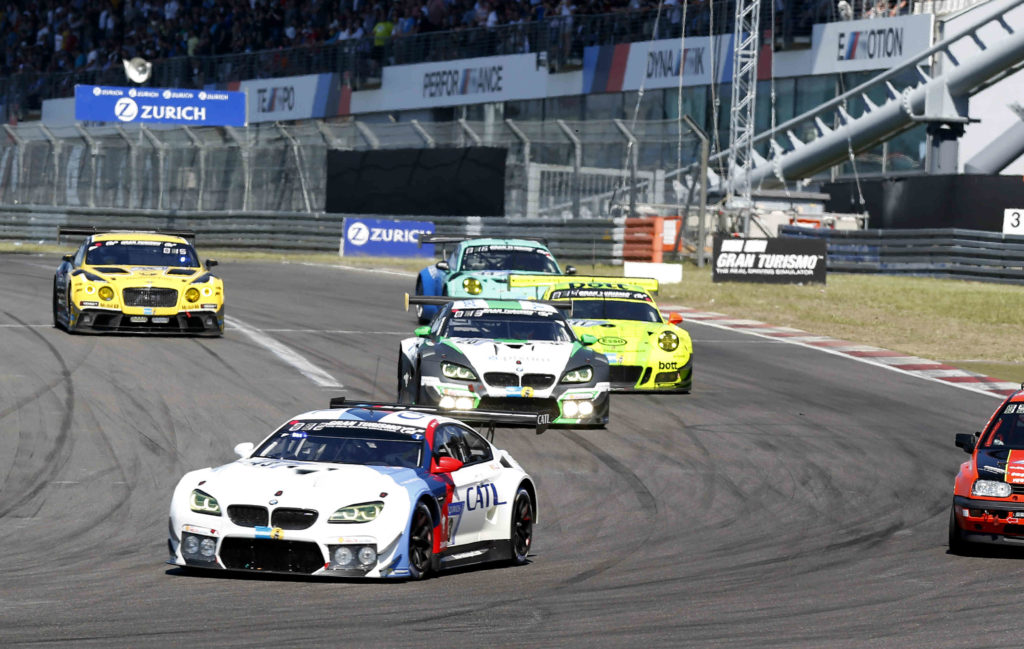 Check out the 2016 Mercedes-AMG GT3 racecar designed by Linkin Park.