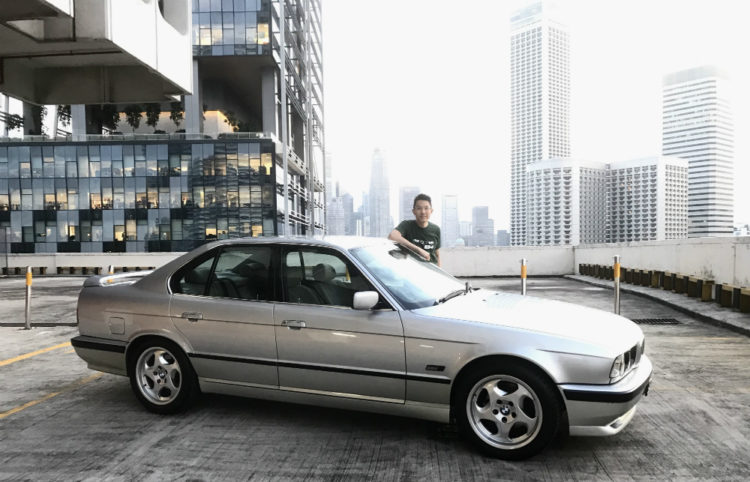 Long-time friends of Leslie Tham would be familiar with his pristine 1991 BMW 520i. The car has been the legal counsel’s pride and joy since he bought it in 2001.

Mr Tham, 44, had his heart set on this third-generation of the BMW 5-series (known as the E34) as it was a model he had always admired. It did not help that when he was studying in the United Kingdom, a neighbour owned a gorgeous blue E34 M5.

“I salivated over the car every day as I walked by,” he says.

Besides the E34’s elegant and timeless shape, he says he loves that it boasted cutting-edge technology for its time.

The car has direct ignition with one coil for each cylinder, a five-speed automatic transmission, anti-lock braking system, auto-dimming instrument cluster and speed-sensitive windscreen wipers.

An early-1990s saloon combining such style, innovation and sporty handling was rare.

Mr Tham took some time finding the perfect E34 as he was very particular about the variant and condition. He wanted a 24-valve version instead of its underpowered 12-valve predecessor, and the car also had to be unmodified so he could customise it according to his taste.

He saw many before landing his silver car, which at that time did not have leather seats or alloy wheels.

Since acquiring the car, he has fitted it with original BMW parts such as a full M5 body kit, M5 “throwing star” alloy rims and a BMW M Technic steering wheel. The brakes have been upgraded too.

Inside, he has retrofitted an original E34 onboard computer sourced from a scrapped E34 535i. Fitting this required a lot of research and some soldering to ensure the new unit could “talk” to the car’s computer system. The cabin also sports German leather upholstery now. 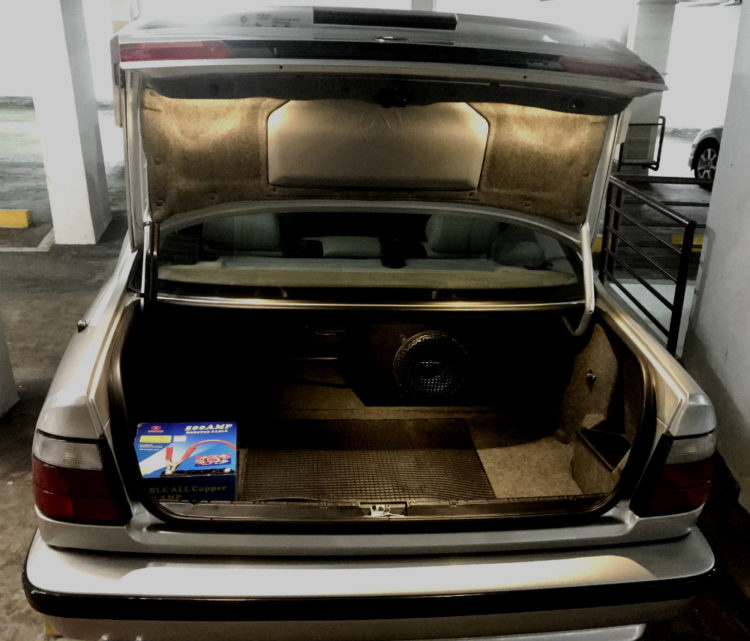 Leslie has a subwoofer, a pair of jumper cables and a car cover in the boot of his E34 520i.

The biggest change, however, is that instead of having two pedals, it now has three. Yes, he has had it converted to a manual.

He did this because it was getting difficult to find parts as well as expertise to fix the car’s ZF five-speed autobox, which over the years suffered from clutch, torque converter and valve body issues. He also encountered so-called “auto-trans experts” who proved to be anything but.

Besides being a committed driving enthusiast, Mr Tham has always had a preference for the additional control and involvement of a stickshift.

Having the car converted was a long and hard struggle, mainly because it took months just getting clarity from the authorities on what was legally required, and then in getting the paperwork done. He even had to engage a professional engineer to test and certify the car after the conversion.

But the end result, he says, was worth the trouble.

The E34 used to be Mr Tham’s daily drive and he took it across the Causeway regularly as well. But given its age and rarity, it is now a garage queen, sitting waxed and covered in a basement carpark and emerging only for a gentle weekly cruise on the highway.

His 2½-year-old son is thrilled by the car, although he admits that other family members do not share the same enthusiasm and nod off when he starts to talk about his E34 for the umpteenth time.

Not that this is likely to stop him from gushing about the car that has been so much a part of his life for the last 15 years.