Porsche has given a taste of its motorsport heritage by releasing a series of five Macans, specially rendered in the automaker’s iconic motorsport livery designs to add further colour and flair to the vibrant streets of Singapore. Designed to pay tribute to Porsche’s proud motorsport heritage, these colourful Macans aim to bring its success on the racetrack to the roads of Singapore.

Five iconic locations in the Lion City were chosen to showcase the special Macans. These locations represent an integral part of Singapore’s history, and spotlight the country’s diverse culture and heritage. Similarly, the Porsche Macan is an amalgamation of the brand’s racing ethos which is reflected in the livery designs across Porsche motorsports. Porsche’s distinctive and provocative livery, when paired with Singapore’s urban and stylish backdrop, combine to produce the perfect tag team. 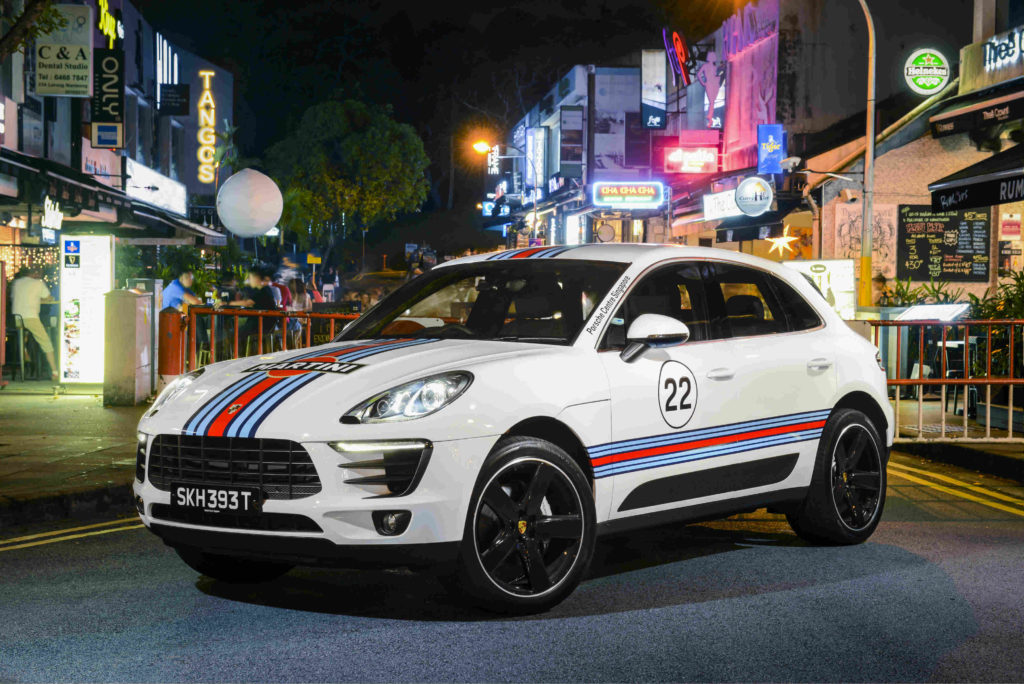 One of the world’s most timeless and iconic motorsport liveries, the Martini Racing embodies passion for motorsport and innovation in design. Its legendary blue stripes is a familiar logo that has remained popular with motorsports fans. The historic combination of blue, red and silver began in 1970 on the Hockenheim circuit in Germany, with the Porsche 917 donning the livery which is inextricably linked with the successes of the Porsche teams in rallying, touring car racing and, above all, the 24 Hours of Le Mans. The Martini Racing livery is undoubtedly Porsche’s most celebrated sporting achievement in its motorsport history. 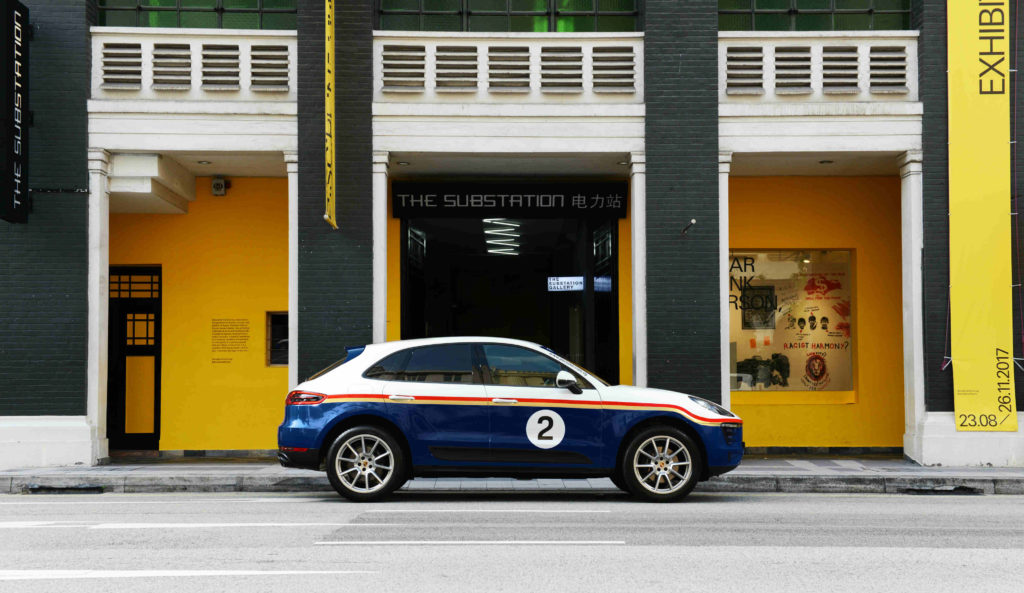 Debuted at the 1982 Le Mans, the Porsche 956 was a new type of winner. The Porsche 956s left a strong impression because they marked the start of a new era. Not only because there was a triple victory where the cars finished neatly in their number order of one, two and three during the 1982 Le Mans, but also because the lead racecar flew past the finish line in a record breaking time of 6:11.13 minutes at Nurburgring, setting a record for drivers in their future machines. The 956 was unstoppable as it went on to dominate the 1984 and 1985 races. 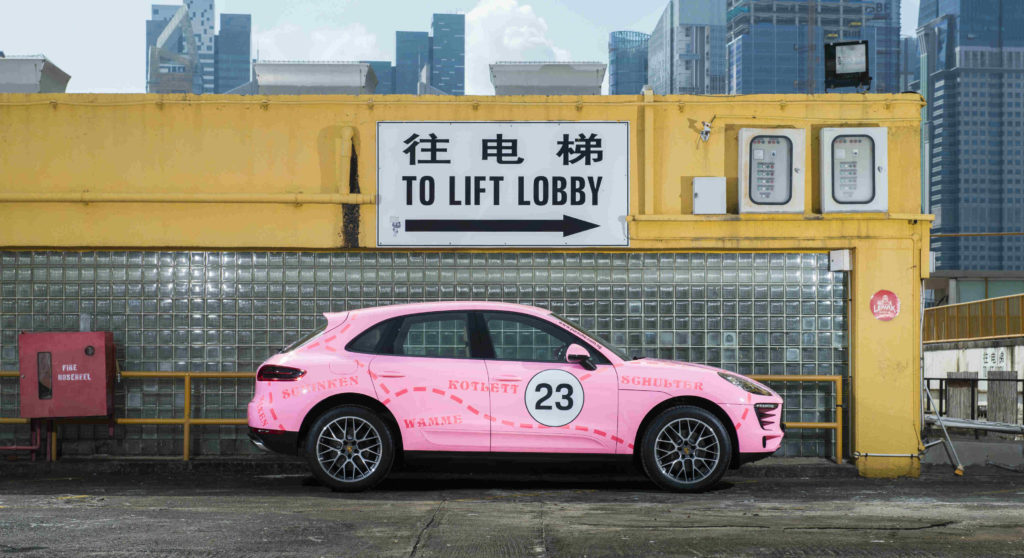 The “Pink Pig” with the power of a horse is deeply etched in Porsche’s racing history. At Le Mans 1971, the Porsche 917/20, a one-off experimental car, was sent into the race. Not only was it the fastest car during the pre-race qualification session, but it also managed to steal the show even from the winning car. Porsche Style decided in favour of the pink body colour and labelled each of the body parts according to butcher-style cuts. It was the most frequently photographed racecar of the year, and is still very popular amoung the Porsche Museum visitors in Stuttgart, Germany. 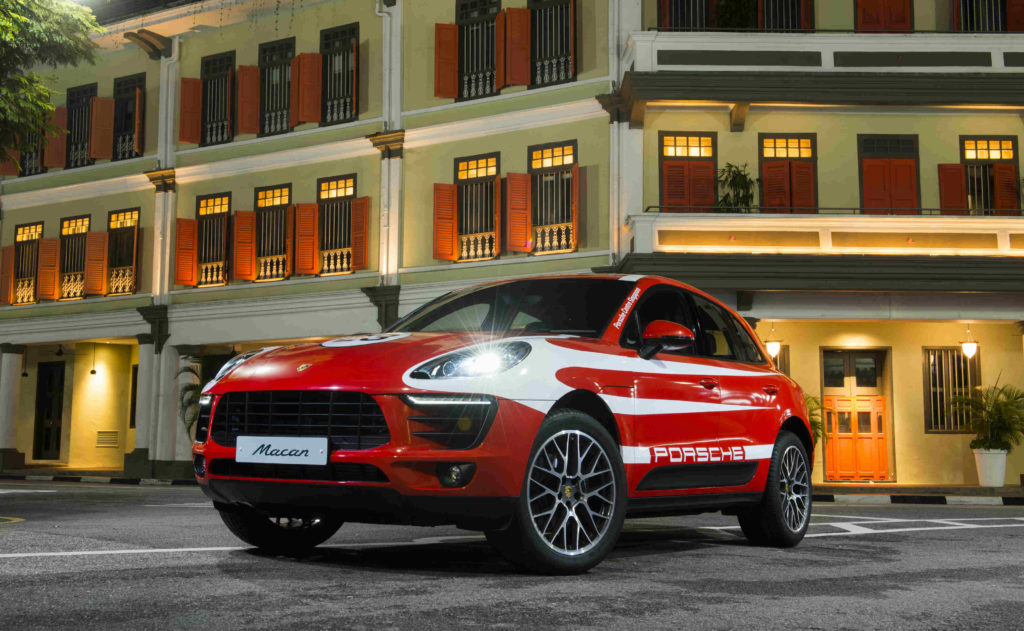 Motor racing has been central to the growth of Porsche and its ground-breaking technologies. Red symbolises the colour of the 917 KH, the Porsche that secured the first of 19 impressive Le Mans victories. The iconic red Porsche made its debut 45 years ago on 14 June 1970 when Hans Hermann and Richard Attwood secured Porsche’s first victory at Le Mans. 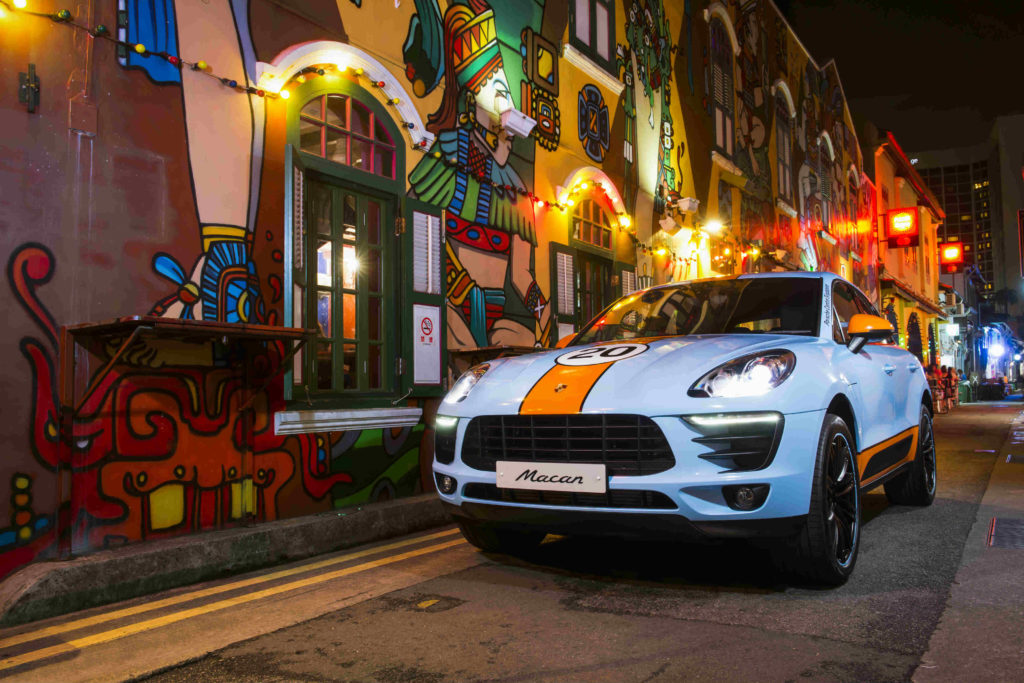 Another Porsche classic is the charismatic light blue colour, made famous on racetracks all around the world thanks to John Wyer, who successfully convinced Gulf Oil to sponsor his new car, the Mirage M1, before he came to represent Porsche. At that time, Gulf Oil had just purchased a smaller firm that featured a blue and orange colour scheme and they picked the colours for the cars that Wyer raced. During the 1970 and 1971 Le Mans races, Wyer led the Porsche team to the world championships and with that, he sealed blue and orange into the minds of the racing world forever. Not to mention, this blue and orange Porsche 917 also became the star car in Steve McQueen’s legendary racing movie, Le Mans, in 1971.

Check out another colourful photo campaign centred on the Porsche Macan, with Taipei as the backdrop.