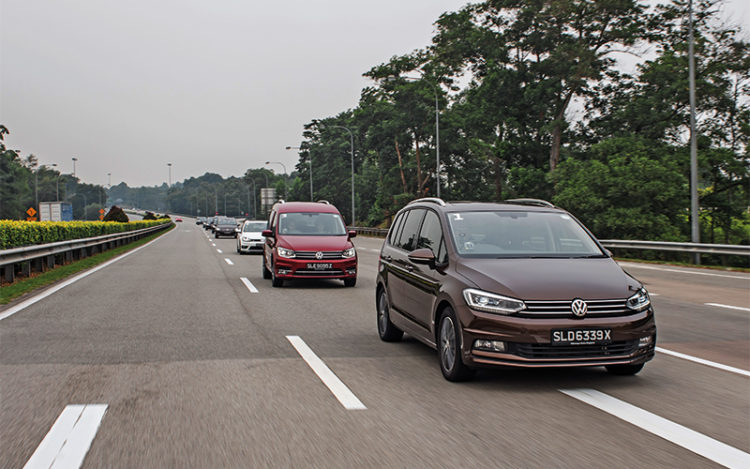 My family and I have been on driving holidays in USA, Europe, Australia and Malaysia, but the recent Volkswagen media drive to Malacca was the first time that we were on a “working” road trip together.

Since the VW cars that the journos were test-driving on this trip comprised people-movers such as the Sharan, Touran and the newly launched Caddy and Caddy Maxi, as well as the Golf Variant and Sportsvan, it was good that we brought along the very people cars like these are supposed to impress – our family and friends. 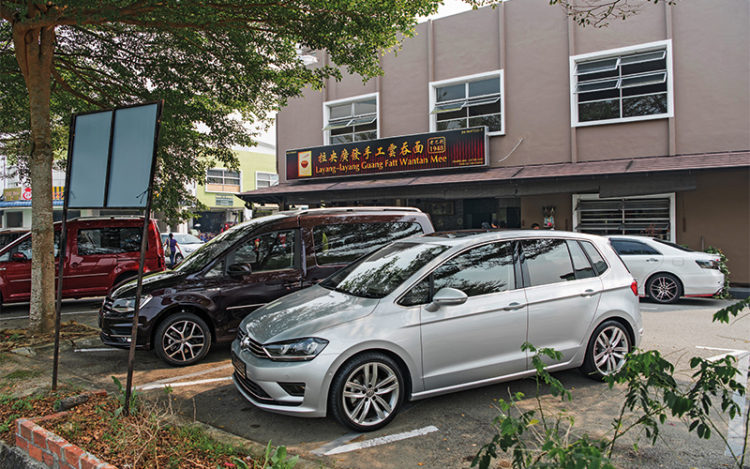 Despite the early start and extended entourage in tow, everyone arrived on time at our starting point, Volkswagen Centre Singapore.

Driving through immigration has always been the part that I dread most on any Malaysia road trip, so I happily let my husband take the wheel of the Touran on our first leg across the Second Link at Tuas.

Given a choice between a relaxed breakfast in the comfort of the Touran, complete with a rear tray table, and a battle with checkpoint traffic and impatient drivers changing lanes to reach the booths a bit sooner, there was no contest. 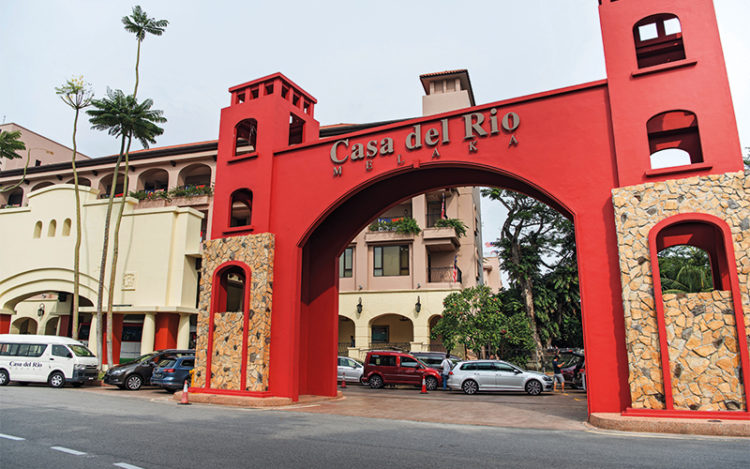 After some driving on Johor’s highways and B-roads, we stopped at Layang-Layang for my second breakfast of the day. The wantan mee was good enough to make me linger for more, but I was excited about my first drive in the new Caddy. Is it closer to passenger car or commercial vehicle?

So, with some crunchy wantan bits still in my mouth, we hopped into the Caddy. Except for its tall roof and overhead shelf, it actually feels more like a car than a van. In fact, the dashboard and controls are just like any other VW car’s.

It was fun to drive in manual mode on the small roads, but I didn’t feel as confident trying to keep up with the rest of the convoy at higher speeds along the highway. My daughter, meanwhile, was awed by the interior space and commented that it feels like a mobile home. 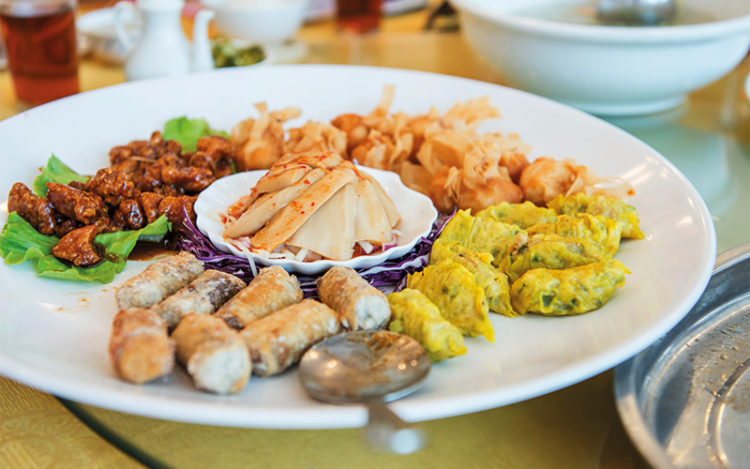 We stopped for lunch at Restoran Star’s in Muar, which made us feel like we were attending a Chinese wedding in the 1980s with the requisite courses of cold platter, fish and chicken, plus the famous Muar otah to match.

My family and I then swopped to the Sportsvan, which was to take us all the way to our pit stop for the night.

I enjoyed the Caddy drive, but was happy to get behind the wheel of something closer to the tarmac. A running commentary from my six-year-old backseat reviewer about what she liked and disliked about the Sportsvan provided all the entertainment that my hubby and I needed. 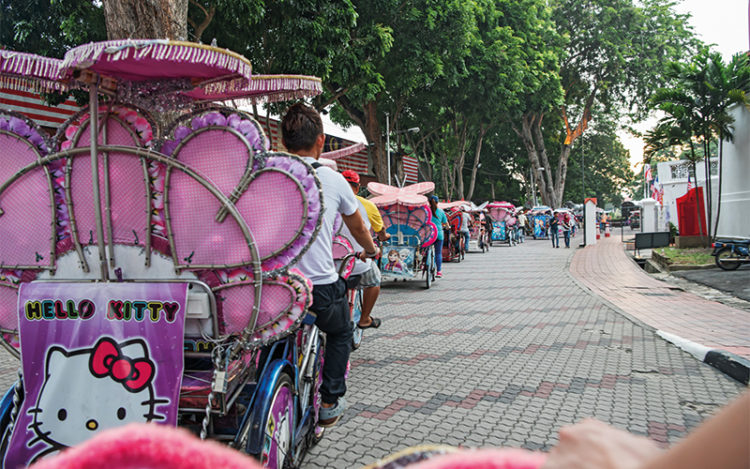 About nine hours after we set off on our journey, we finally arrived at Casa del Rio, a Mediterranean-themed hotel overlooking the banks of the Malacca River. After checking in and freshening up, we reconvened at the lobby for the sightseeing portion of the programme.

From a fleet of Volkswagens, we switched to a fleet of trishaws decked out in a riot of colours and adorned with all sorts of characters, from Hello Kitty and Minions, to Elsa and Olaf. My daughter choped the trishaw with the biggest Hello Kitty decor and we set off to loud renditions of disco music and Cantopop blaring off the trishaw speakers.

Thankfully, the haze situation was moderate and we all loved the ride that took us to Christ Church, Dutch Square, A’Famosa and Flora de la Mar maritime museum, stopping for photo opportunities along the way, before returning to the hotel. 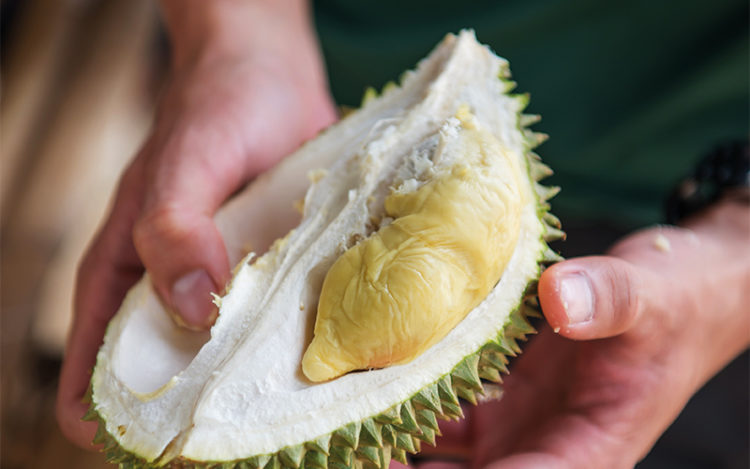 My last Peranakan meal in Malacca on a previous trip was a huge disappointment, even though the restaurant came highly recommended on many food blogs. Makko Nyonya Restaurant, however, restored my faith in Peranakan cuisine.

I did not know half the names and ingredients of the dishes, but they tasted awesome. Yummy chendol made for a very sweet ending indeed. After a quick stroll down the Jonker Street night market, we were back in the hotel for some much-needed rest.

The next morning, after the hotel breakfast where my daughter said that she had the best Danish she ever ate, the group set off for Durian Hub at Tangkak. It was such a treat to sample durians in the rustic surroundings of a durian plantation instead of a roadside stall 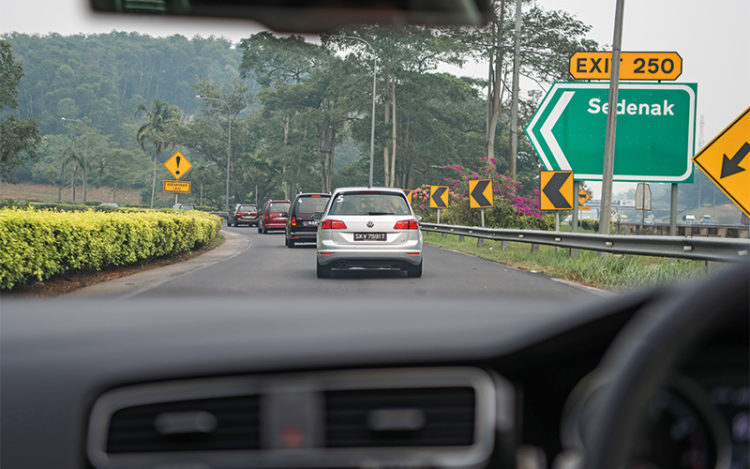 On a bamboo table that could sit over 20 people, we sampled durians whose names I’ve never even heard of, with unusual flavours that tasted like coffee and milk.

With the durian scent still on our fingers, we traded the Golf Variant for the Sharan and headed off to lunch, even though that was probably the last thing on our minds. Because my daughter couldn’t get enough of the built-in child seat in the second row. It intrigued her the last time she sat in it as a toddler and it still fascinated her.

After gorging on durians, all I wanted was to sit back and do nothing, so my husband gallantly took over the drive to Yong Peng. 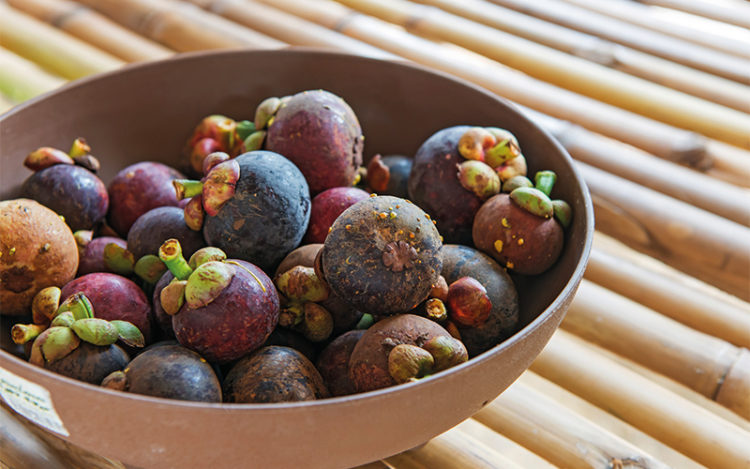 Lunch at Machap passed by in a blur, and all too soon, it was time for our final leg back to Singapore. We had fun in the Caddy Maxi, where we took the opportunity to try out the voice enhancer system that amplifies the driver’s voice through the speakers to the third row – we discovered that it was very effective.

The cubic metre of extra cargo volume compared to the Caddy meant adequate luggage space, even with the third-row seats at their rearmost position.

The short two-day driveaway was extra special because it gave our family and friends an insight into what we motoring writers do on test-drive trips.

It was a weekend well spent in the company of good people and good people-movers. 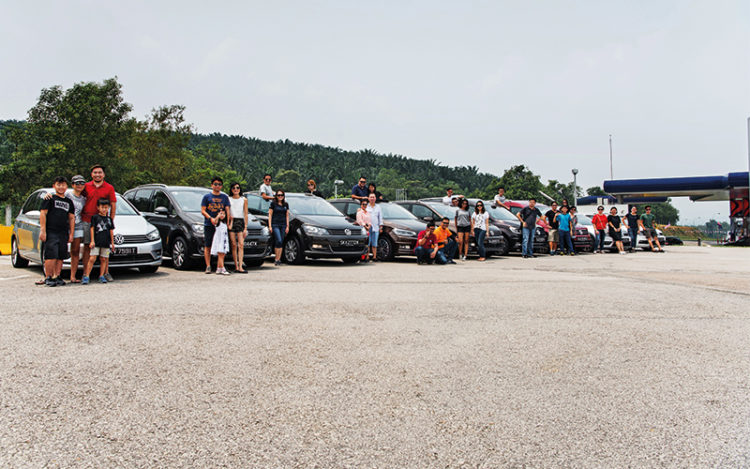