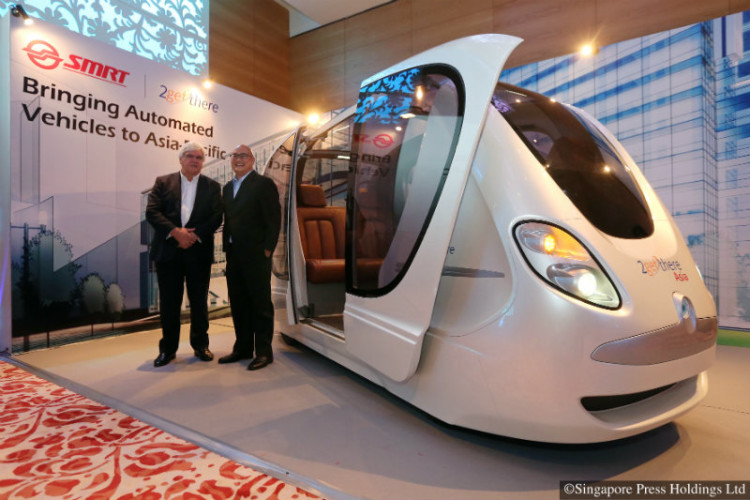 If Singapore had a fleet of 300,000 self-driving cars that were shared among residents on an on-demand basis, all the mobility needs of the population could be met, say researchers.

This autonomous fleet would be just a third of the current total number of passenger vehicles, said a study by the Massachusetts Institute of Technology that was published in 2014.

Each of these 300,000 robot cars could be utilised round the clock and, when summoned by a nearby commuter – possibly through a mobile app – will be dispatched to ferry him to his destination.

After dropping one commuter off, the car would be able to navigate on its own to the next commuter’s pick-up location, and so on.

Imagine the possible changes to the urban landscape in such a scenario.

The number of parking lots could be whittled down significantly, freeing up land for other uses, such as parks and other recreational spaces.

As city planners are close to fully utilising the 12 percent of Singapore’s land space which has been set aside for road infrastructure, driverless cars with their efficiency could optimise the use of existing roads.

Self-driving cars would be able to communicate their locations and intentions with one another and, thus, drive closer to each other in a safe manner, say researchers.

On the labour front, driverless buses and heavy vehicles could help to alleviate the shortage of drivers to operate them.

But it is also an unsettling future.

Some 10,000 bus captains, 50,000 active taxi drivers and 25,000 private-hire car drivers could find their jobs disappearing if autonomous vehicles took off in a big way.

Still, researchers say some of these drivers could take on new roles as fleet managers, controlling and supervising the robot vehicles.