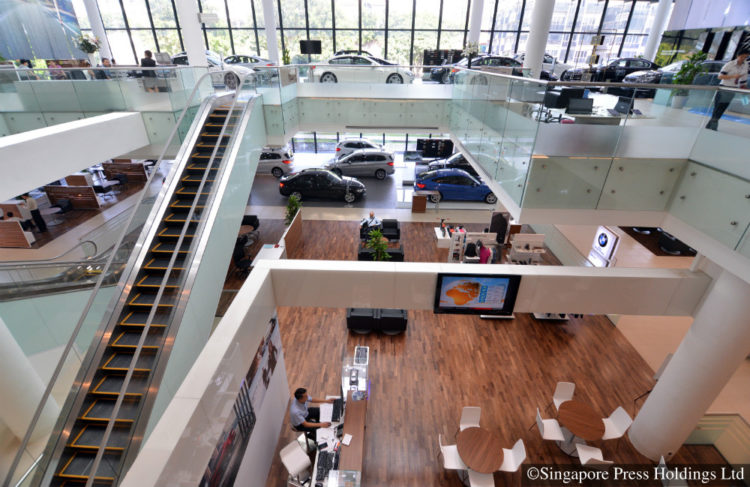 Car models get facelifts or updates to keep them fresh. Car showrooms get the same treatment too.

Those who have visited the Leng Kee and Alexandra car showroom belt in the past few months would have noticed construction hoardings at the BMW and Volvo showrooms.

After four months and a $2-million upgrade, the 25,000 sq ft BMW showroom in Alexandra Road has reopened. It was the first major renovation since BMW dealer Performance Motors opened the showroom there in 2008.

A new children’s play area has been added and the cafe has expanded. Besides improving its facilities, Performance has also tweaked the way it sells cars. There are now technical experts in the sales area to attend to prospective buyers.

Called BMW Geniuses, they help answer technical questions and are armed with tablets installed with an in-house app to help buyers customise their cars.

A spokesman said: “As the BMW Geniuses do not have sales targets, customers interacting with them enjoy a pressure-free discussion during which they can take as much time as they like to find out about BMW, its various products and technologies.”

Just around the corner from BMW, an upgraded Volvo showroom will reopen after a six-month renovation that cost about $4 million.

The most striking changes are the exterior lights of the facade, which emit green, blue and purple hues at night. 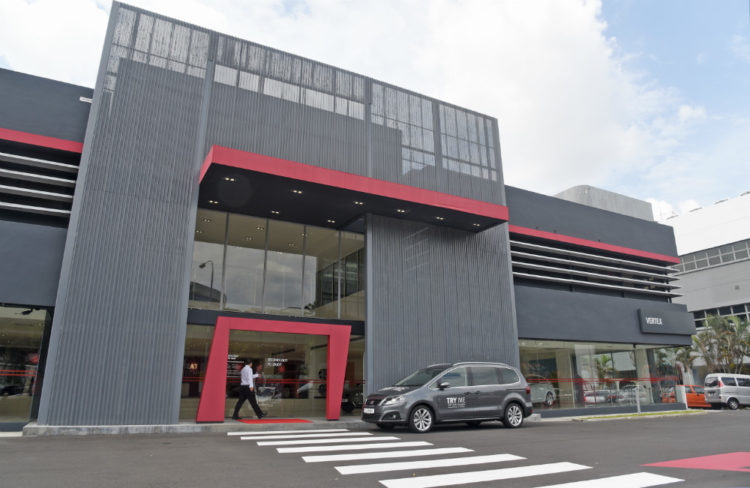 Inside the 13,000 sq ft showroom, the car display area has grown – it now houses 13 instead of 10 cars. The children’s play area has expanded and there is a new nursing room for mothers.

It is believed to be the first car showroom here with a dedicated nursing room for customers.

Ms Sng adds that the showroom revamp, the first since 2004, comes at a time when the Volvo range is being refreshed with the XC90 last year and the S90 and V90 this year. “It is an opportune time to showcase what Scandinavian luxury is all about,” she says.

Wearnes is giving customers a preview of the V90, the wagon version of the S90 sedan, at the showroom reopening next week. It cannot officially sell the car yet as it arrived in Singapore only this week and has not yet been approved by the authorities.

It is also launching the $219,999 S90 T5 Momentum this week. The car is a less powerful but cheaper version of the S90 T6 AWD that was launched in September.

Over at Ubi, the newest showroom to open is the Seat one last month. It occupies the space that was previously taken by Chinese brand Chery.

The Spanish brand’s new local dealer, Vertex Euro Motors, refurbished the space at a cost of about $1 million. In comparison with the mega showrooms at Leng Kee and Alexandra, the 8000 sq ft Seat showroom is relatively modest.

The prices of its cars are friendlier to the wallet too. Seat has a four-model local line-up comprising the Ibiza and Leon hatchbacks, the Toledo sedan and station wagon, and the Alhambra MPV.

In conjunction with the showroom opening, Vertex Euro Motors offered the Ibiza, a small hatchback with a turbocharged 1-litre three-cylinder engine, for $89,999.