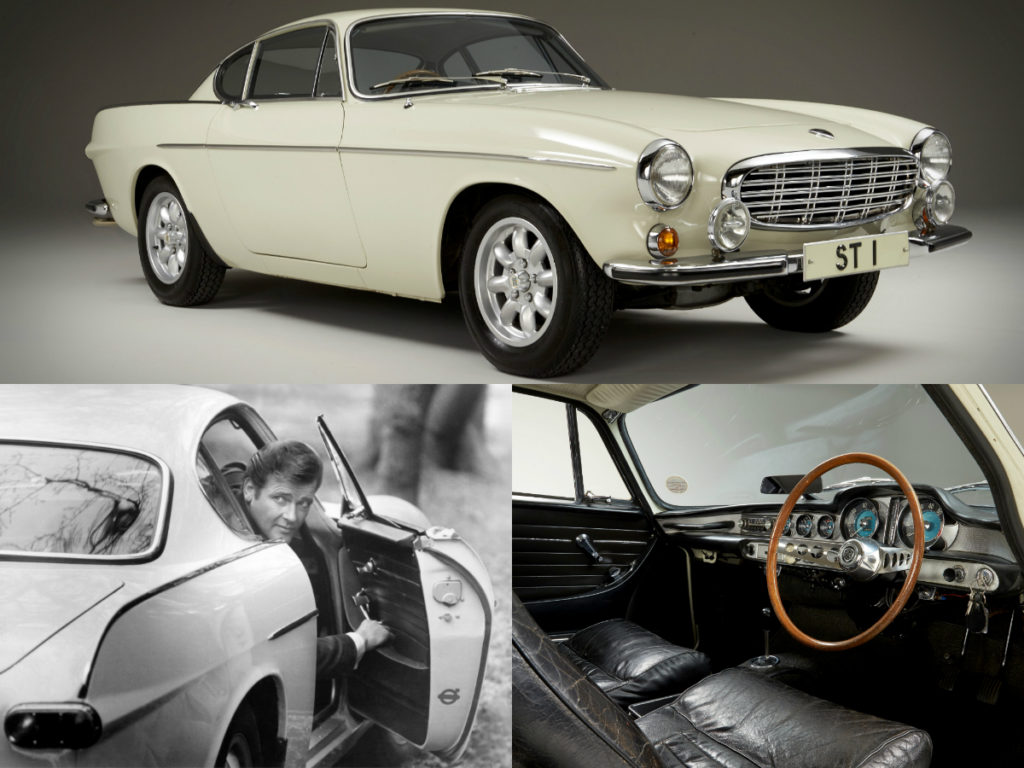 Moore’s car was built at the Volvo Torslanda plant in Sweden in November 1966. The 1800 S in Pearl White is equipped with Mini-Lite wheels with the rare original “truncated” spoke design, Hella foglamps and a Volvo wooden steering wheel. Inside, the car still has details from the filming of The Saint, such as a thermometer on the dashboard and a separate interior fan, used to cool the actors during studio filming.

Moore is the documented first registered owner of this famous 1800 S. The London registration plates, NUV 648E, were issued on 20 January 1967. Moore signed the registration papers two weeks later and they have followed the car since.

In The Saint, the car sported the famous “ST 1” plates and made its debut in the episode ‘A Double in Diamonds’, filmed in February 1967. It was then lead character Simon Templar’s transport until the series ended in 1969.

Moore later sold the car to actor Martin Benson, who played Mr Solo in the James Bond film Goldfinger (1964). Several owners followed, and in the early 2000s the car was carefully restored to near-original condition.

The Saint was the alias of Simon Templar, a character created by author Leslie Charteris in the 1920s. The Saint series of books spawned a series of films and later the popular ITC television show. The show aired 118 episodes from October 1962 until February 1969 and enjoyed great success in the UK and the USA. The series was later syndicated in more than 80 countries. The Saint, always portrayed by Roger Moore, drove a white Volvo P1800 coupe.