Taking a driving simulator for a spin is virtual insanity | Torque
Loading posts...
0 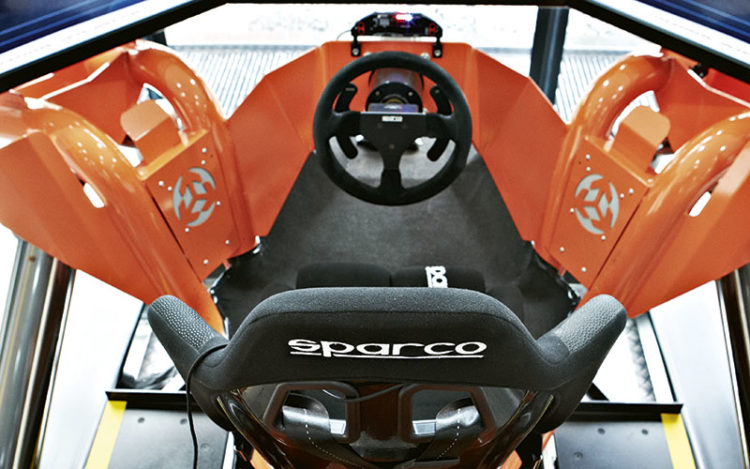 At the rate that technology is progressing, it won’t be long before the world becomes so digitised that our current reality is totally replaced by a virtual one. Conversations, for instance, are now mostly conducted online or between mobile devices. Correspondence is typed and e-mailed instead of being handwritten and posted. Friendships are made over Facebook instead of face-to-face. I can’t shake the feeling that all this technology, which is meant to bring people together, ironically keeps everyone apart.

These advancements aren’t all bad, though. Driving games such as Sony’s Gran Turismo 5, which I happen to enjoy, are so realistic – especially in terms of their graphics – than I’m sometimes lulled into feeling that I am actually driving one of the exotic machines in my “garage”.

Making these driving simulations seem even more realistic are peripherals such as steering wheels, gearshift levers and pedal sets. There are even actual racing seats that come with said peripherals to really put a petrolhead gamer “in the zone”. 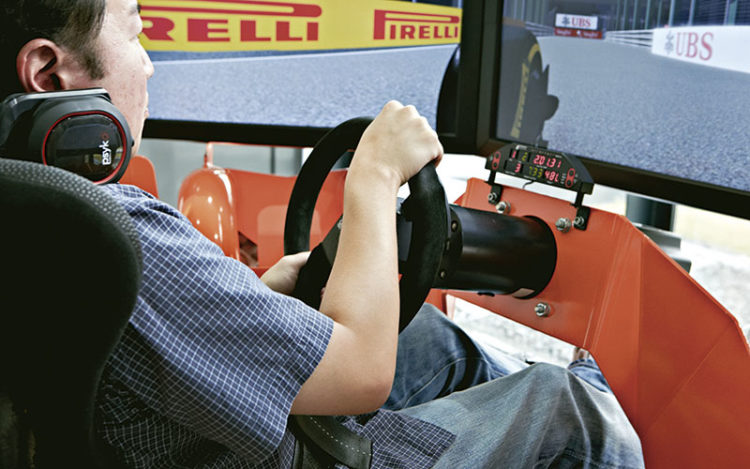 These aforementioned components, however, are but toys, especially when compared to the $400,000 Cruden Hexatech, which BMW agent Performance Motors (PML) acquired for its customers to use during special events.

The 1.2-tonne Hexatech, which is built by the Netherlands-based Cruden, resembles a terrifying six-legged robot, but before I can even approach this insect, I’m asked to sign an indemnity form. When I jokingly ask if this machine could kill me, a PML staffer replied, “Well… just in case.”

I climb aboard and buckle the four-point racing harness as instructed, with a trio of screens providing a wraparound field of “vision”. There are three BMW models (335i, 535i and M3 GT) and a generic Formula One racecar to choose from, plus six different circuits to “drive” them around in. Aiming to bring myself up to speed progressively, I initially opted for the 535i. 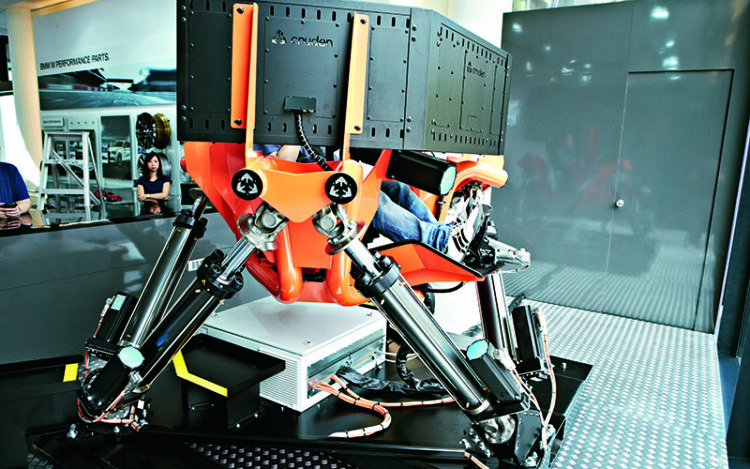 Within the first lap of the “Malaysia” circuit (modelled after the Sepang Formula One racetrack), I was struck by a bizarre lack of sensation. The hydraulic legs that were supposed to recreate every little undulation seemed to be asleep, while the steering felt disconnected. I could never figure out how much effort was needed to brake or how much lock was required when turning.

Perhaps this simulator should have been called the “Vexatech” instead. Perhaps it’s also not the best use of money that could well be used to buy a very decent sports car in the real world.

Feeling a little short-changed, I had another go, this time in the Formula One car around our very own Marina Bay street circuit. And what a totally different experience it was, for the machine came alive the moment the five lights went out. 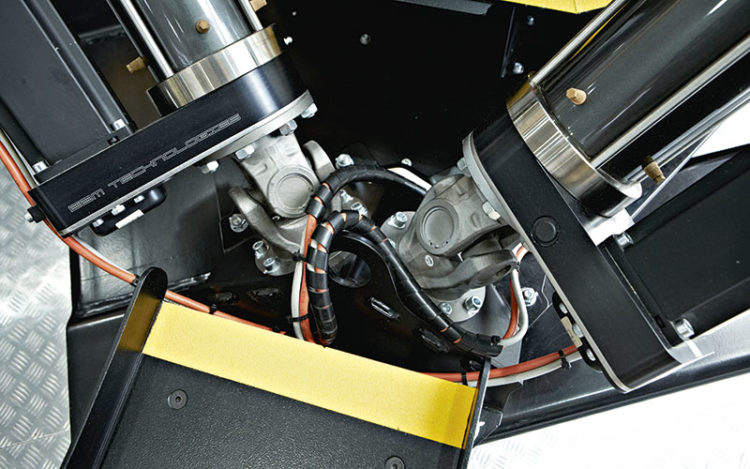 These cast-iron universal joints are similar to the ones used for the propeller shafts in heavy trucks.

This time, the Hexatech reacted to every input, no matter how small. Slam on the brakes and you’ll be straining against the harnesses – just like in real life.

Ride the kerbs and your bum will receive a beating. Even the steering wheel took more effort to turn. Completing the experience was the aural assault from the speakers that blasted a high-revving, race-bred V8 soundtrack. My back was drenched in sweat after three laps, again just like real life, though making a mistake won’t mean wrecking a priceless racecar.

What’s really insane about this machine isn’t its size or the levels of reality it can throw up. It’s the fact that making the “cars” feel more real requires more programming, which in turn costs more money, over and above the Hexatech’s base price of $400,000. That explained the curious lack of sensation when we “drove” around Sepang, as PML didn’t buy the 535i’s physics pack. 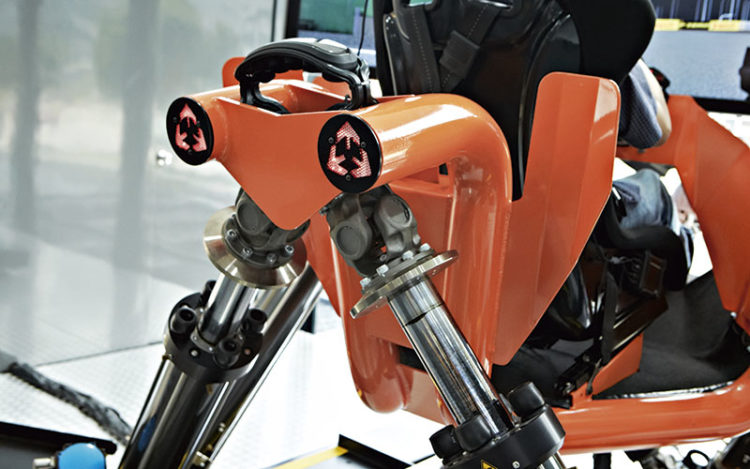 As with all the best cars, just about everything is an optional extra. Additional cars, tyre wear physics and weather conditions are just scratching the surface of what’s available.

It’s possible, in theory at least, for Cruden to create a simulator so realistic, probably the only thing missing would be the sickly sweet aroma of petrol fumes. The only question is how much more one is willing or able to spend. I’m guessing getting a Hexatech with all the trimmings won’t be cheap.

Unfortunately, despite the advancements in virtual reality (and the Hexatech certainly represents a high-water mark), they won’t accept virtual money for one, which is about the only way I’ll be able to afford one, really.