Would you choose an Audi R8 over a Lamborghini Huracan? | Torque
Loading posts...
0 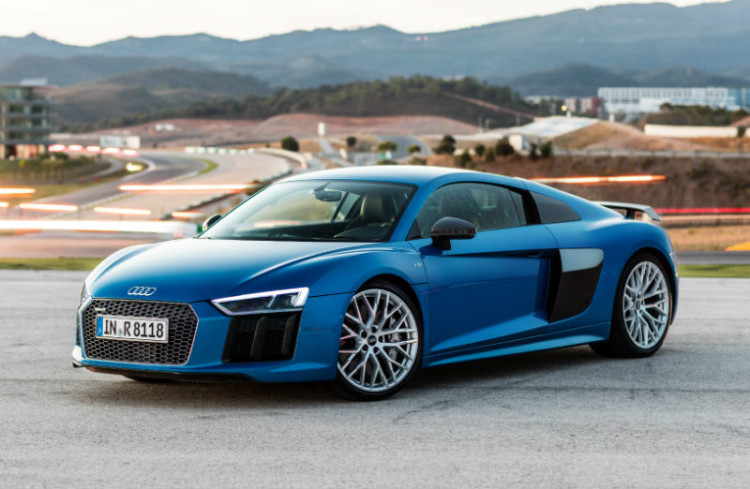 Would you pay $300,000 for a Volkswagen with a Porsche engine? How about a Porsche with a VW engine?

Most people will baulk at the very idea of the first, but will not even blink at the second.

Which explains why cars such as the Cayenne and Macan have emerged to become the mainstay models in Porsche’s line-up, practically as soon as they were launched. Both cars share a wide range of components with Volkswagen, including various engines.

The halo effect of sharing a platform with Porsche, however, has not rubbed off on the VW Touareg. The SUV remains pretty much a niche product, as least in Singapore.

Is this brand snobbery at work? If so, it is underscored by a recent conversation I had with my youngest son, who asked if the Audi R8 was faster than a Lamborghini Huracan.

I said it was equally fast and, in some instances, might even be faster. He was suitably impressed, but someone who had overhead the conversation chipped in: “Yes, but it’s still an Audi.”

There are more examples. In the early 1990s, there was a car called the Daewoo Racer, which supposedly was built with Porsche’s engineering inputs.

It did not help Daewoo one bit. In fact, the Korean brand eventually became unviable and was taken over by General Motors, which promptly rebranded its models Chevrolet.

Is Chevrolet a more appealing brand than Daewoo? Possibly. At least there are songs about Chevys we can relate to. (There may well be Korean songs about Daewoo, but you are unlikely to find them on the karaoke list.)

It is the same thing with Proton, which claims its cars were “tuned” by Lotus, which it owns. Outside Malaysia, Proton has long been a non-contender and it will continue to be so. No amount of Lotus “tuning” will help it.

Related to this brand snobbery is another interesting development. Have you noticed how much more successful premium brands are in going into the mass market, than mass-market brands are in penetrating the premium segment?

Take, for instance, Mercedes-Benz: Its foray into the compact segment with the A- and B-Class cars, and the derivatives they have spawned, is paying huge dividends. Whether this move will eventually dilute the brand remains to be seen, but for the moment, Daimler is lapping up the new sales.

Generalist brands which have tried to rise above their station have generally failed.

Volkswagen’s Phaeton limousine is a flop. Audi’s A8 has also struggled for years to be on the same level as the Mercedes-Benz S-class, but is still not considered by many to be.

Renault tried to go upmarket with the Vel Satis 15 years ago, but failed. Now, Citroen is trying to do the same with the DS sub-brand.

Manufacturers are no doubt inspired by Lexus, which is about the only example of a mass-market company creating a successful luxe sister brand.

That is primarily because Toyota was doggedly single-minded and introduced a car – the LS – that was so superior, it unseated the Mercedes S-Class momentarily. It also spent billions on an advertising and marketing blitz.

Nissan’s Infiniti? The verdict is still out, methinks.

Honda’s Legend is another example of a fantastic limousine which fails to make its mark, simply because Honda does not have the stamina to market the model as vigorously as Toyota does with Lexus.

Another example of brand snobbery at work was when Ford owned Jaguar two decades ago. In 2000, Jaguar launched the X-Type – its so-called baby Jag.

But it flopped because buyers were all too aware that the car was based on the Ford Mondeo. Last year, Jaguar – owned by India’s Tata – introduced a successor to the X-Type, which it calls the XE.

It is probably still too early to gauge its success, but the reviews have certainly been more glowing than what the X-Type got.

Now, here is the irony. Ford cars are better built than some Jags today. Fancy leather aside, one or two even have higher equipment levels. Not many people know this, but it is true. But will Ford be able to price its cars on a par with or above Jaguars? Not in the conceivable future. Maybe never.

Because a brand is such a powerful thing. Luxury brands, especially, have a way of embedding themselves into one’s psyche, leaving one with rose-tinted perceptions of their products – possibly forever.