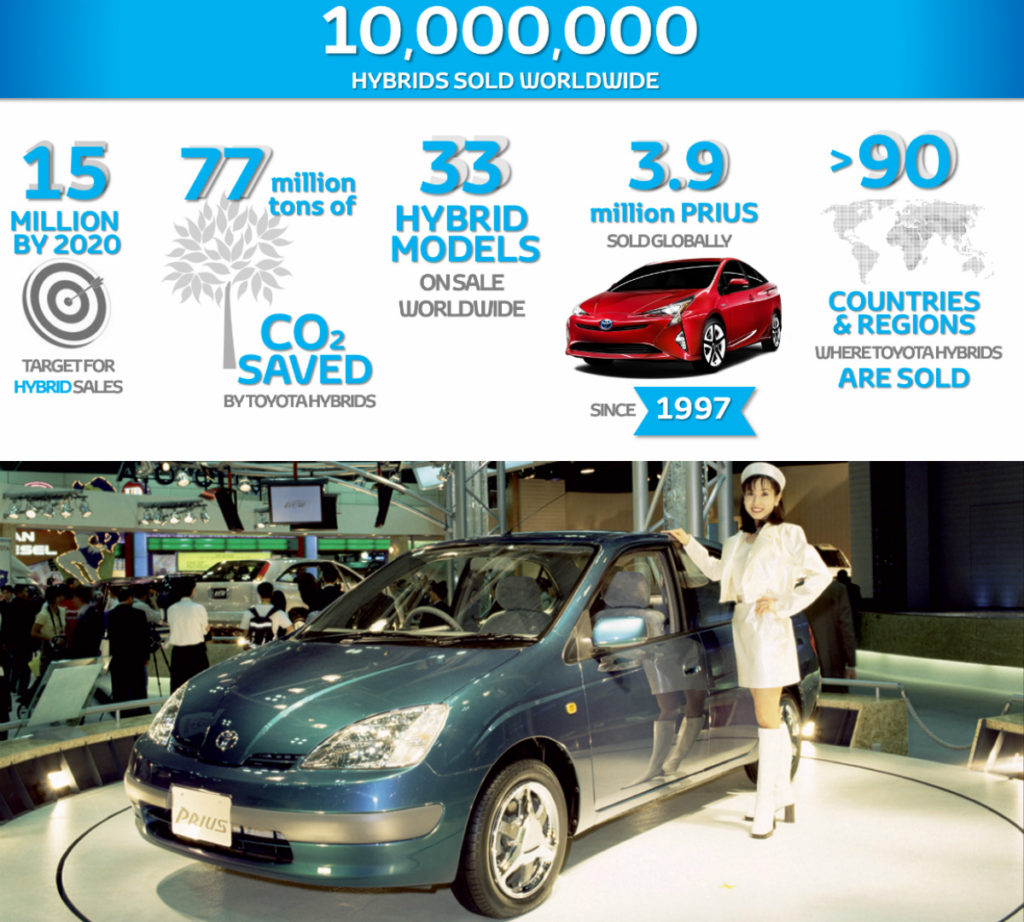 More than a numerical milestone, it demonstrates the staying power of a technology that is now emerging as a mainstream solution to reduce greenhouse gas emissions and other pollutants.

Helping to mitigate the environmental effects of automobiles has long been a priority for Toyota. Based on the stance that environmentally friendly vehicles can only truly have a significant positive impact if they are widely used, the Japanese automotive giant has encouraged the mass-market adoption of hybrid vehicles across the globe.

Toyota introduced the Coaster Hybrid minibus in August 1997 and, in December of the same year, launched the Prius, the world’s first mass-produced hybrid passenger car. Since then, Toyota hybrid vehicles have received tremendous support from consumers around the world.

As reductions in greenhouse gas emissions increasingly became a problem of global magnitude, the first-generation Prius represented Toyota’s response to the resource- and environment-related issues of the 21st century.

The Prius development team was convinced that, whatever the results of their efforts, the development of a hybrid vehicle was essential for the future, and that they had to do what was necessary rather than what was simply possible. With this in mind, the team unveiled the world’s first mass-production hybrid passenger vehicle to the world.

The Prius proved so popular with customers that it became a byword for “environmentally friendly vehicle.” The Toyota Hybrid System (THS), which was incorporated in the original Prius, evolved into THS II in 2003, and was thereafter rolled out in a wide range of Toyota and Lexus vehicles.

The latest fourth-generation Prius, which became the first vehicle to be built on Toyota New Global Architecture (TNGA), was developed not only with environmental performance in mind, but also with outstanding driving performance for customers wanting to purchase a car that was fun to drive.

Toyota launched its first hybrid vehicle 20 years ago, and the circumstances surrounding environmentally friendly vehicles have since changed dramatically. The growing popularity of the Prius led to the creation of a new customer standard of choosing cars based on their environmental performance.

As the number of companies developing and launching hybrid vehicles increased, so a new segment of “hybrid vehicles” was established. In addition, now that customers around the world are opting to purchase hybrid vehicles and other fuel-efficient vehicles, the entire automobile industry has been able to contribute to the solution of global environmental problems.

As of 2017 January 31, Toyota estimates that the global use of Toyota and Lexus hybrids in lieu of conventional petrol-powered vehicles of similar size and driving performance has resulted in approximately 77 million fewer tons of CO2 emissions and has saved approximately 29 million kilolitres of fuel (Toyota calculation based on the number of registered vehicles × distance traveled × actual fuel efficiency in each country × CO2 conversion factor). 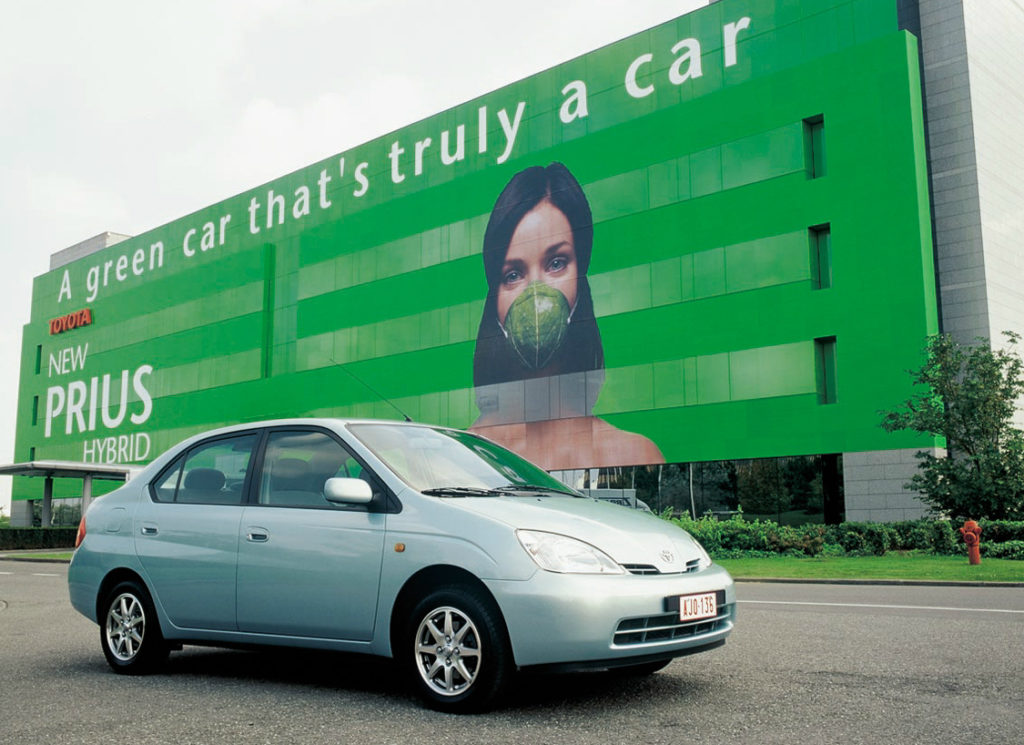