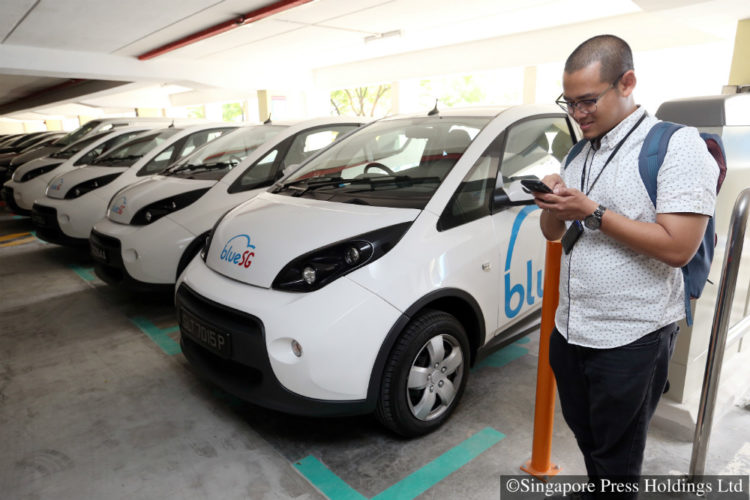 Singapore’s first large-scale electric car-sharing scheme piqued the interest of drivers here, with more than 100 rentals recorded in the first three hours after its launch.

A spokesman for electric-car sharing firm BlueSG said all its 80 cars were rented at least once between 4pm and 7pm on Tuesday.

When The Straits Times tried to rent a vehicle yesterday morning, none was available at many locations, including Sengkang, Punggol and Bishan.

Using the plan with no monthly subscription and with rides costing 50 cents per minute, prices were comparable to those of taxis or private-hire car services such as Grab and Uber. A 35-minute drive in a BlueSG car from Toa Payoh Lorong 2 to Mohamed Sultan Road, for example, cost $17.50.

A similar trip by private-hire car would cost around $18, while the price for a metered taxi would have been between $16 and $20.

However, the per-minute pricing for the electric car also means the cost of a ride can fluctuate depending on traffic conditions.

Travelling from Pasir Ris Street 72 to Toa Payoh Lorong 2, normally a 20-minute drive, took this reporter about 50 minutes owing to traffic and getting used to the car.

This meant the rental for the drive was $27, compared with between $16 and $18 for a taxi or around $14 for a private-hire car for the trip. 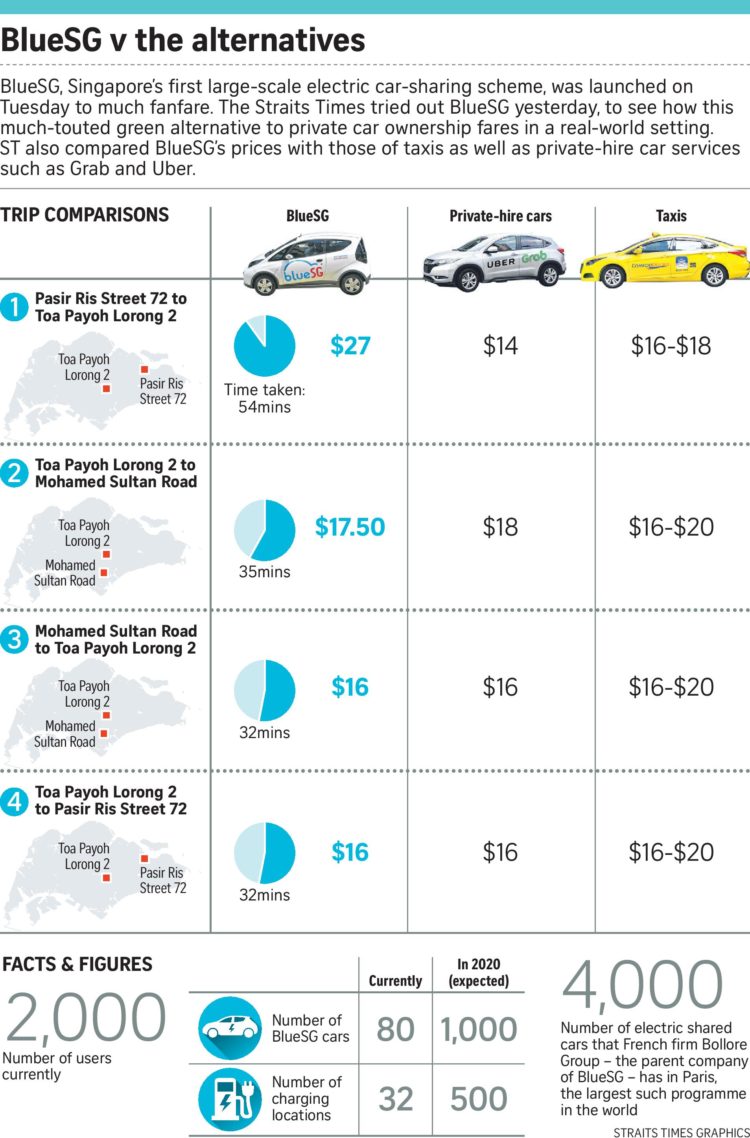 About 2000 people have signed up as BlueSG users since last week.

One of them, Mr Henry Lee, 59, is waiting for his BlueSG member card after applying for it on Tuesday.

Mr Lee, a part-time consultant in the finance sector, used to own a car, till it became too expensive to do so.

He said BlueSG’s per-use rental costs made it an attractive choice.

Mr Steven Lee, who drove a BlueSG car from Bishan to Sengkang yesterday, said it was “easy to learn, handle and manage” the car.

“It was also a smooth process to draw out the car from the charging station and return it,” said the IT support administrator, 35.

Mr Deitrich Mohan, 34, an emcee, drove a BlueSG car to run errands for about 55 minutes on Tuesday.

Describing the car as “not intuitive”, he added: “You really have to spend some time to explore all the functions, and since it charges by the minute you might end up burning money in the process.”