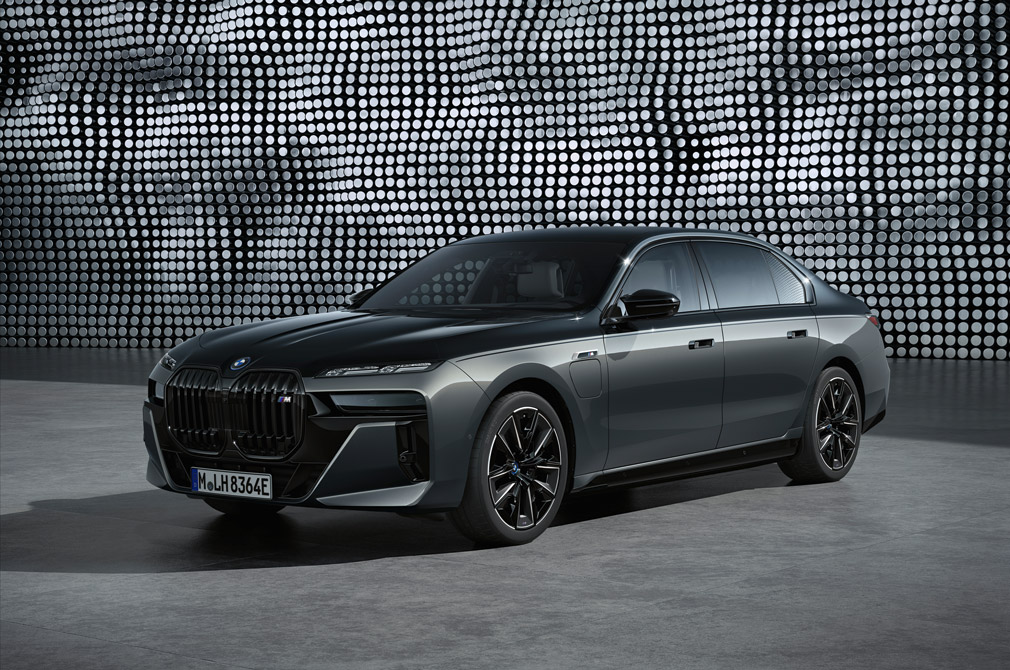 Whenever a carmaker unveils their flagship model, you can be sure that it will be packed with the latest technology and gizmos. Apart from wowing buyers, the new amenities are also meant to surpass what rivals offer.

BMW’s all-new, seventh-generation 7 Series does just that. Recently unveiled at Olympia Park in Munich, just across from BMW Welt, the 7 Series has plenty of features that have never been seen on any BMW in the past. 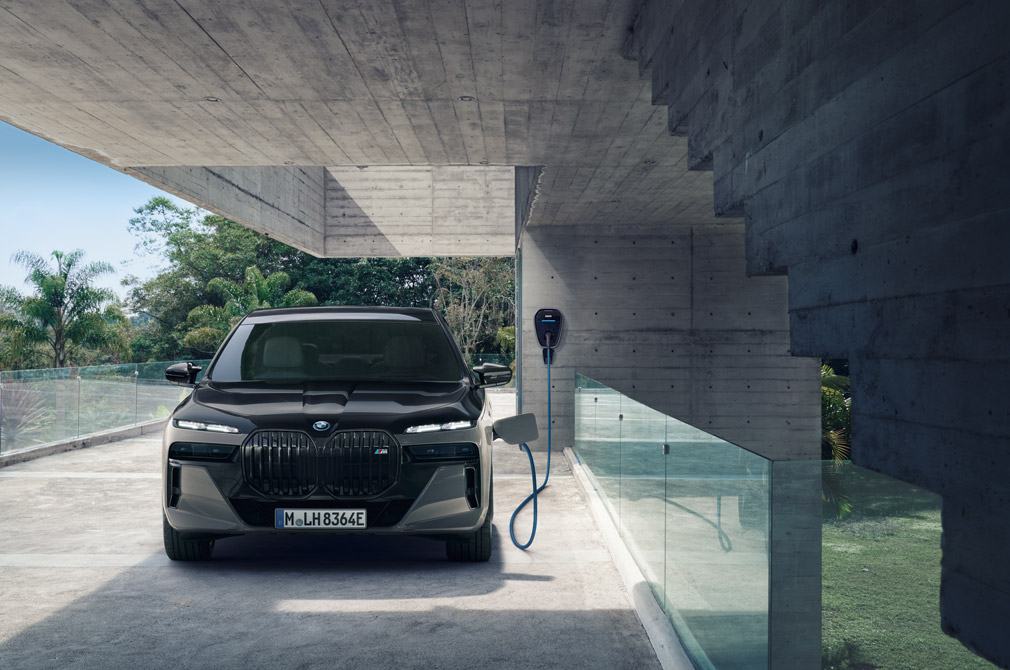 Apart from the full-electric i7 model, the 7 Series will also be available as a plug-in hybrid.

THE 7 SERIES IS ALSO ELECTRIC

Top of the 7-series line-up is the fully electric i7 M60 xDrive. Electric motors in the front and rear provide drive to all four wheels with a total system power of 554hp and 745Nm torque available from zero to 5000rpm.

Fans of internal combustion have the option of turbocharged six- and eight-cylinder engines. There are versions with mild hybrid or plug-in hybrid technology. A more powerful electric i7 M70 xDrive will be available later.

ONE BODY FOR ALL

All versions of the new 7 whether electric, petrol or diesel, share the same body in one wheelbase. The double-row headlights are its most unique feature and two-tone colour schemes can now be specified.

Nonetheless, from the front side or rear (even though the rear number plate now sits on the bumper, not boot lid) you would not mistake this car for anything other than a BMW 7 Series. 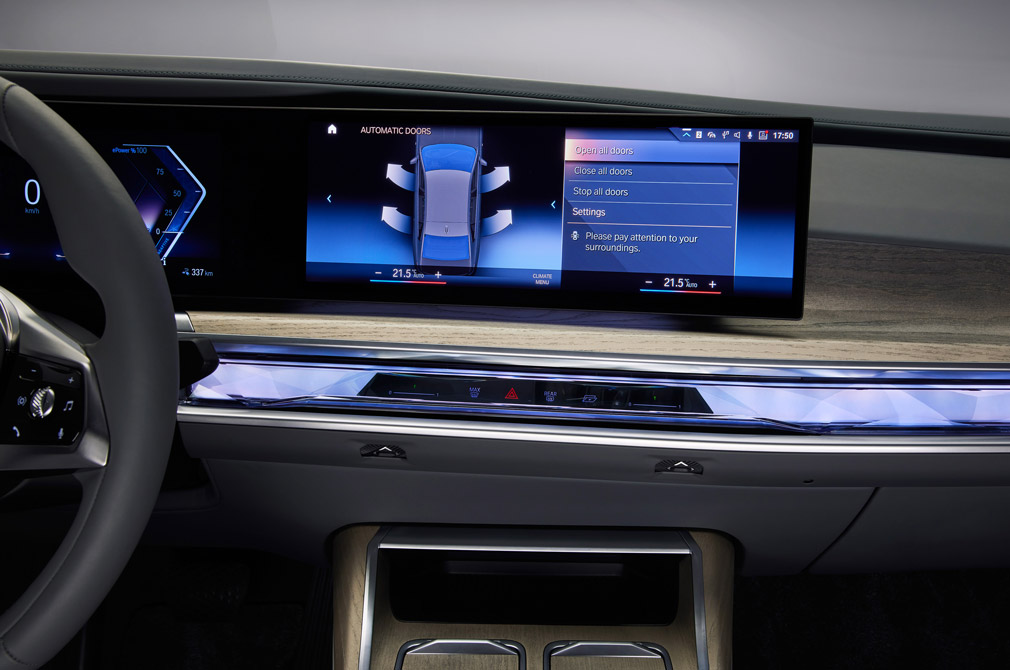 Doors can open or close automatically at the touch of a button. Buttons on each door activate the mechanism which works with noiseless fluid motion.

There are 12 ultrasound sensors to protect against collision so there is no chance of any door opening into a wall, another vehicle or a bystander. 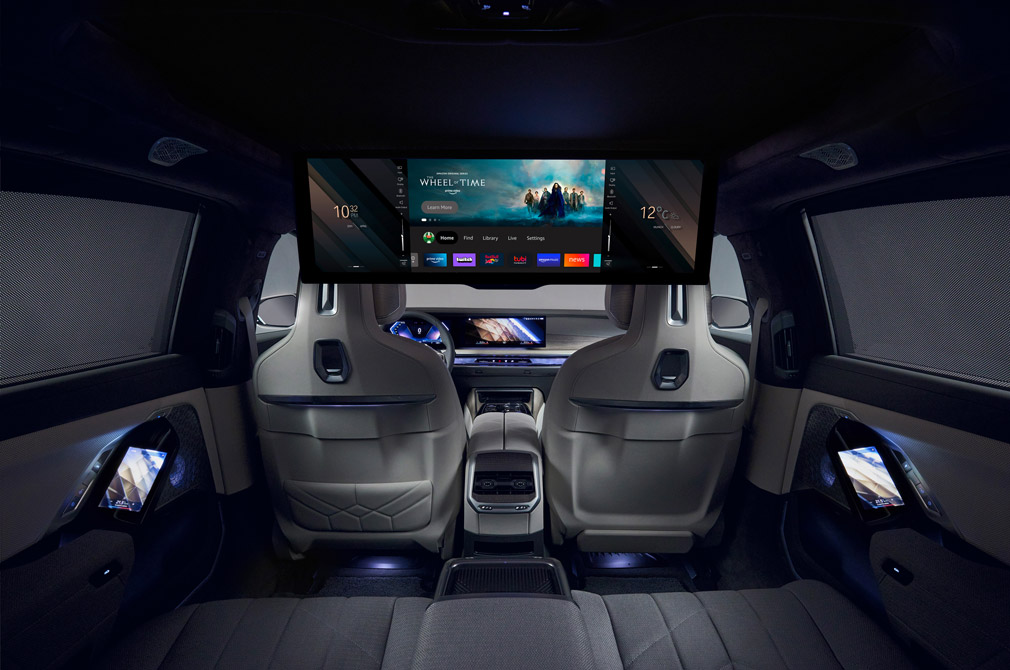 A CINEMA ON WHEELS

Theatre Mode for rear-seat passengers is the latest and most sophisticated infotainment system ever on any BMW. It essentially transforms the rear compartment into a cinema lounge by closing the blinds, adjusting the lighting and reclining the seats.

Then, the huge 31.3-inch BMW Theatre screen lowers from the roof lining. Surround sound is by Bowers and Wilkins and streaming of movies facilitated by Amazon Fire TV which is incorporated in the system.

BMW claims that the 31.3-inch 8K touch screen is the largest ever in any passenger saloon.

The i7 is built around BMW’s latest, fifth-generation eDrive technology. On a full charge, the electric i7 can be driven up to 625km. The 101.7 kWh lithium-ion batteries which are built into the floor of the chassis can be charged using either a 195kW DC or 11kW AC charger.

Ten minutes of DC charging is enough to increase the driving range by up to 170 km. 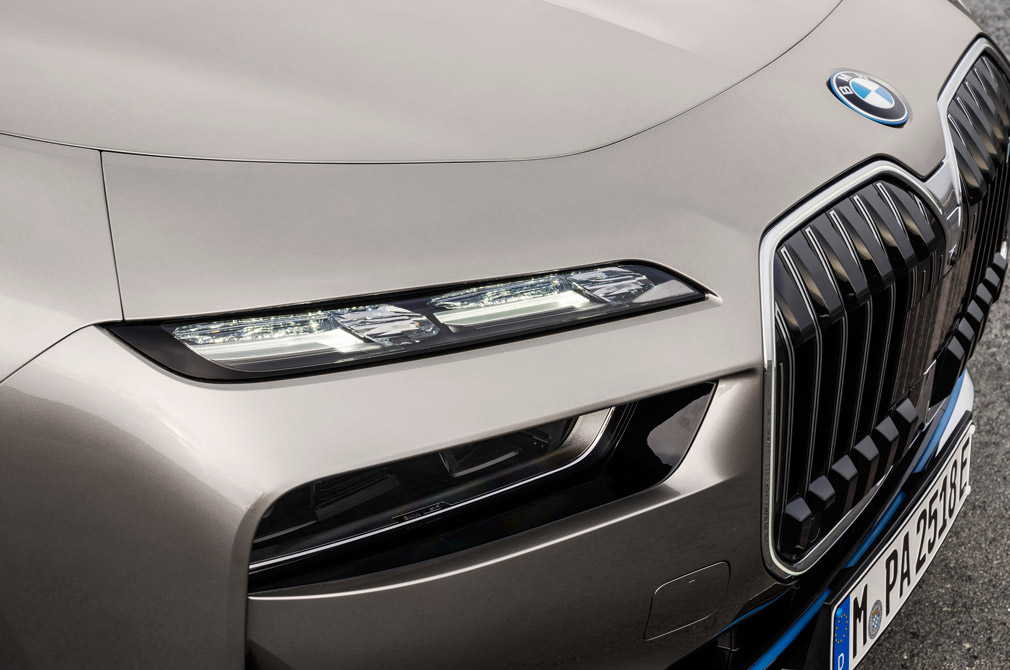 Swarovski crystal lenses can be specified for the upper row of lights which consists of day-time running lights, sidelights and indicators. Even when the lights are not lit, the crystals reflect any ambient light that falls on them providing a sparkle that is a fascinating visual treat never seen on any car thus far. 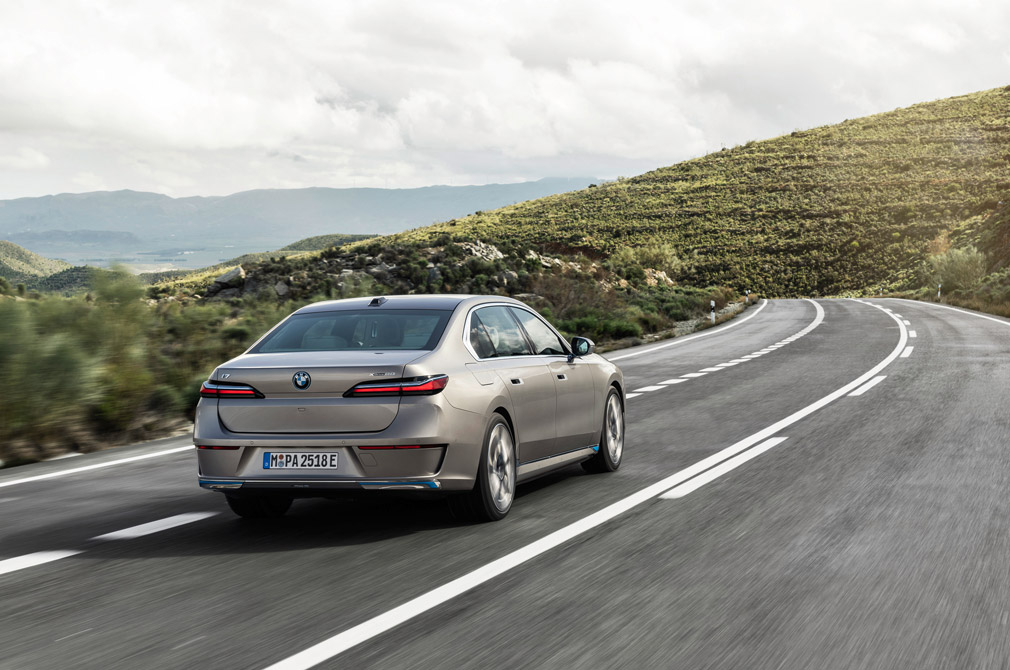 Adaptive air-suspension front and rear is standard on all variants of the new 7 Series. Automatic self-leveling maintains a constant ride height and lowers by 10mm in Sport mode and when speed exceeds 120km/h in the i7 or 140km/h in models with internal combustion engines.