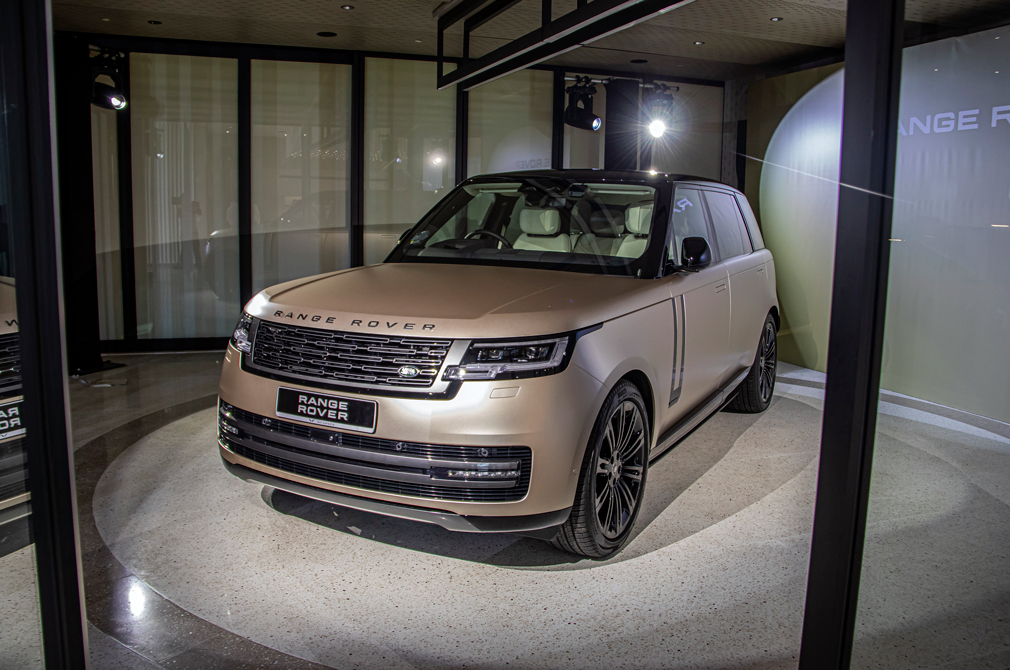 Compared to its predecessor, the new model has a more minimalist and seamless design, with elements such as “hidden” tail-lights that are integrated into a blacked-out rectangle that frames the tailgate.

Smooth surfaces and flush door handles – which retract when the doors are locked – add to the SUV’s clean character.

Land Rover says that the new Rangie is chock full of tech as well, with 125 patents filed during the course of its development.

Rear-wheel-steering, fitted as standard, helps enhance the vehicle’s stability at high speeds and makes it feel smaller when you’re trying to slice through traffic.

Fully independent air suspension and a Range Rover-first five-link rear axle work in tandem with the electronics, responding to road conditions to ensure a composed ride. 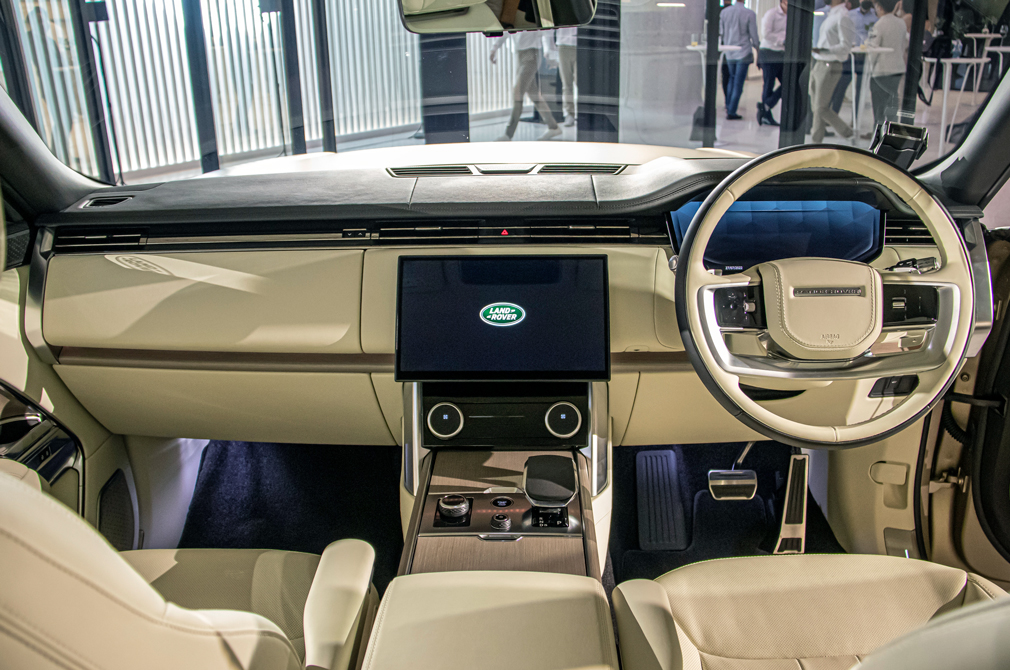 The new SUV is the first model from Jaguar Land Rover (JLR) to be built on an entirely new platform called MLA-Flex (Modular Longitudinal Architecture).

Torsional stiffness over the previous model is improved by 50 percent, and cabin noise has been reduced by another 20 percent.

MLA-Flex is designed with electrification in mind. In 2024, JLR will debut a full-electric Range Rover.

At the moment, the Rangie is offered in the range-topping Autobiography specification, regardless of which petrol drivetrain the driver opts for.

Autobiography trim includes 24-way adjustable seats, a Rearseat Touchscreen Controller, reclining rear seats and a split tailgate, which can be operated at a touch of a button. Active noise cancellation is also standard. 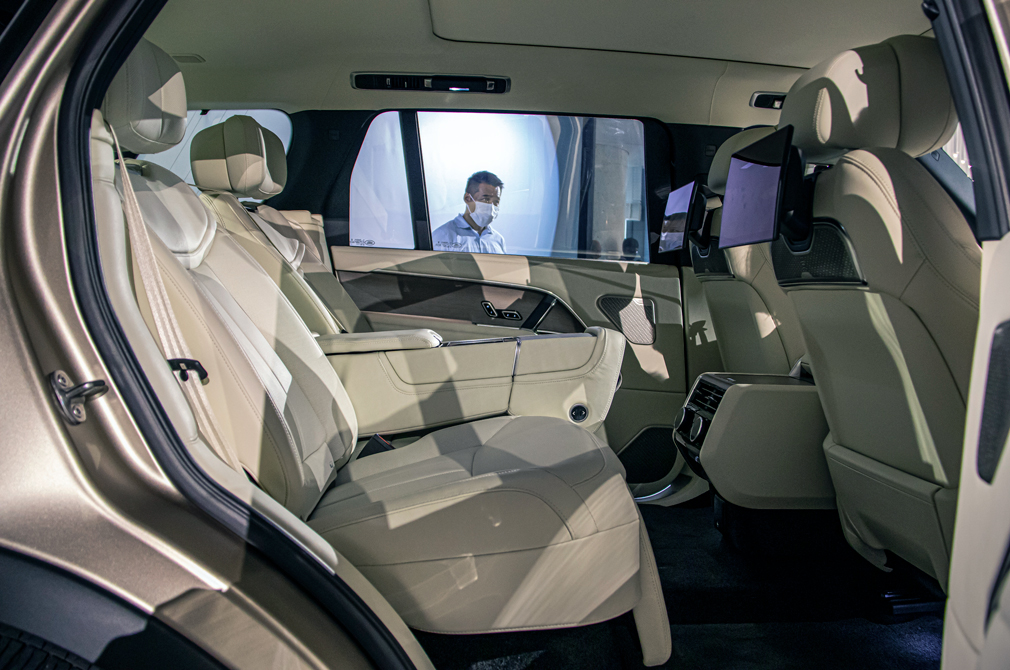 Behind the wheel, drivers are met by a 13.7-inch Interactive Driver Display, along with the brand’s Pivi Pro infotainment system, which is controlled via a 13.1-inch curved touchscreen – the largest ever fitted in a Range Rover.

The new model is available in both short- and long-wheelbase variants, and in four- and five-seat layouts. A seven-seater version, along with the five-seater long-wheelbase model, will also be available for the first time.

For buyers seeking greater performance, there’s a BMW-sourced bi-turbo 4.4-litre V8 that kicks out 522hp and 770Nm. With these figures, the 2.6-tonne behemoth can finish the century sprint in 4.7 seconds.

And for those who want greater customisation, a Range Rover SV from JLR’s Special Vehicle Operations (SVO) can cater to your needs. The new SV model will debut the brand’s new ceramic roundel.

As expected, the Range Rover also possesses terrain-conquering abilities, along with a wading depth that’s almost a metre deep (900mm to be exact). 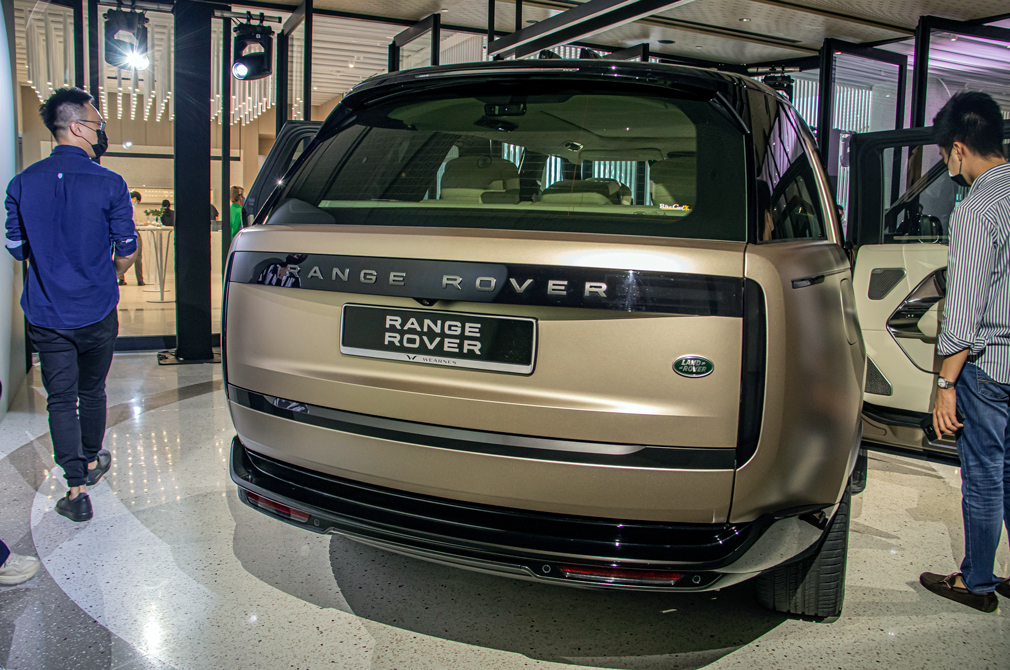 The list of specified terrains this 4×4 can tackle will surprise most of us (what sorts of rock crawls does one find in Singapore?), but relevant to the most paranoid of drivers – with the erratic inclement weather – is the fact that the car’s wading depth stretches up close to a metre.

The order books for the Range Rover are now open, and five-seater 3-litre Autobiography model currently leads the local lineup. Prices start from $765,999.