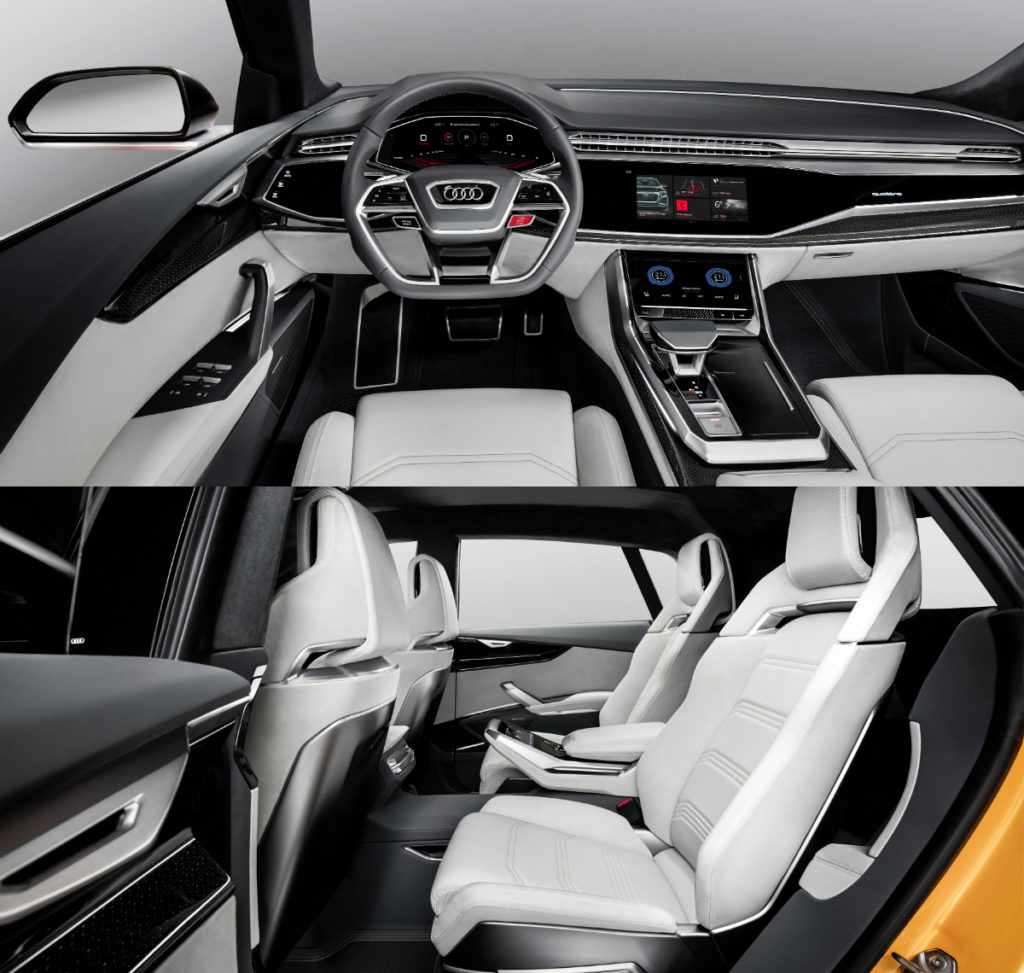 At the 2017 Geneva Motor Show, Audi’s advanced Electrically Powered Compressor (EPC) technology first used in the SQ7 TDI flexes its muscle in a TFSI petrol engine for the first time in the Q8 sport concept. Demonstrating the vision Audi’s developers and designers have for the dynamic yet efficient SUV of tomorrow, the latest Q8 study combines its EPC with a TFSI 6-cylinder and a mild hybrid system – a world first that enables it to deliver an exceptional 476bhp output with the efficiency of a 4-cylinder equivalent.

Augmented by the compressor and mild hybrid system, the 3.0 TFSI engine powers the Q8 sport concept from zero to 100km/h in just 4.7 seconds and keeps going until it reaches its top speed of 273km/h. Meanwhile, its range of more than 1199 kilometres ensures it is also suitable for long journeys.

Thanks to the superb recuperation performance of 20kW, this imposing SUV holds a considerable fuel economy advantage over a model equipped with a regular TFSI 7-cylinder engine without mild hybrid system, and its CO2 output also shows a 25g/km improvement.

The architecture of the drive system in the new Q8 sport concept is revolutionary, because for the first time ever, Audi combines a 450bhp 3-litre TFSI 6-cylinder engine with an electric powered compressor and an effective mild hybrid system for recuperation. The starter generator positioned between the crankshaft and the transmission handles recuperation and, if required, can work in the opposite direction as an additional electric motor. The 48-volt electrical system assures the supply of electrical power.

The energy recovered as part of recuperation can, if required, be used to increase performance. During boost operation, where the combustion engine and electric motor are used simultaneously, the electric motor’s additional 20kW of output and its torque of 170Nm open up a total of 350kW of power to the engine and bring its total torque up to 700Nm. The result is forceful acceleration at any speed and any point in the rev range.

In addition to the two exhaust gas turbochargers, the electric powered compressor provides the Q8 sport concept with an additional kick by supplying the 3-litre 6-cylinder engine with fresh air. The electric powered compressor supports the turbochargers at times when the exhaust gas is insufficient for rapid development of power. It therefore enables delay-free acceleration with the V6 petrol engine – something previously only known to diesel engines and electric motors. It’s a recipe for success which already works impressively in the series-production Audi SQ7.

In the Q8 sport concept, the quattro permanent all-wheel-drive system transfers the power of the drive system to the road with supreme control. Even for its wide-track chassis, the technology study makes use of the latest high-end solutions from the luxury-class product portfolio.

The adaptive air suspension sport (an air suspension system with controlled damping) allows for a broad spectrum of ride characteristics, ranging from cushioned cruising to firm and tight handling. Furthermore, it sets the ground clearance in five levels with 90-millimetre height differences, selecting the ideal level in each case. The front and rear axles are engineered as lightweight five-link constructions.

At first glance, it is clearly a highly dynamic and luxurious Audi – that’s how the Q8 concept was received at the 2017 Detroit Motor Show. The Q8 sport concept in Geneva is an even more sporty variation of this composition and is also an elegant alternative to the robust presence of a classic Sports Utility Vehicle. The Q8 and Q8 sport concept are synonymous with prestige and technology in all areas.

The interior of the Q8 sport concept offers opulent spaciousness for four persons and their large suitcases. The luggage compartment has a capacity of 630 litres. Widely stretched lines lend the cockpit an elegant ambience. Virtually floating above the centre tunnel is a console for the shift-by-wire lever, with which the driver controls the 8-speed tiptronic transmission purely electronically.

The elegant interior architecture of the Audi Q8 sport concept merges with a ground-breaking control and display concept. Information and commands are passed primarily through touch displays augmented by the Audi virtual cockpit future and a contact-analogue head-up display. All displays feature a new “digital design” that concentrates systematically on only the most important things. 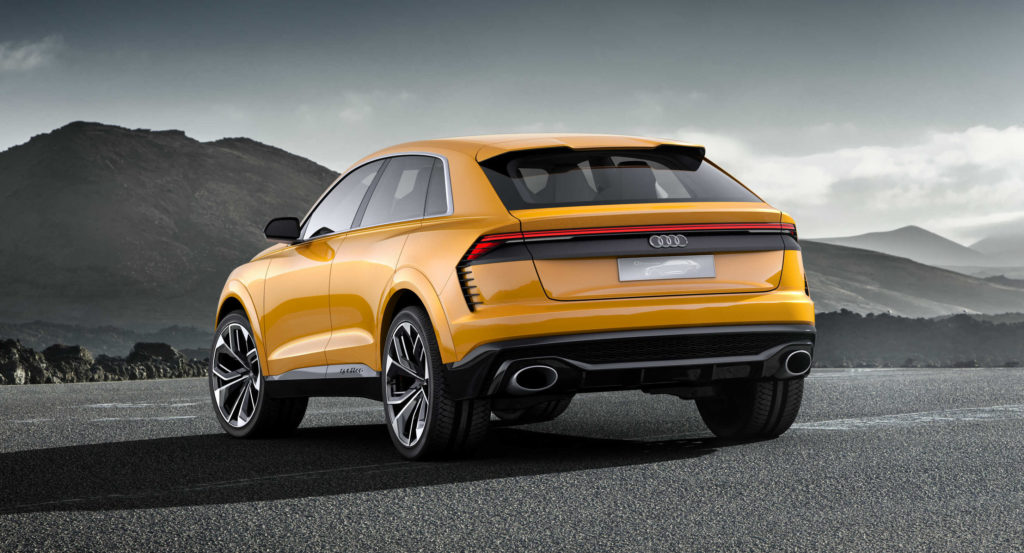 Read our review of the Q2, Audi’s entry-level SUV. 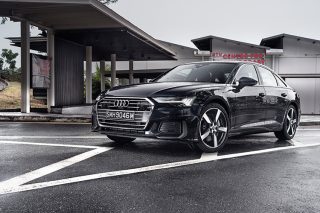