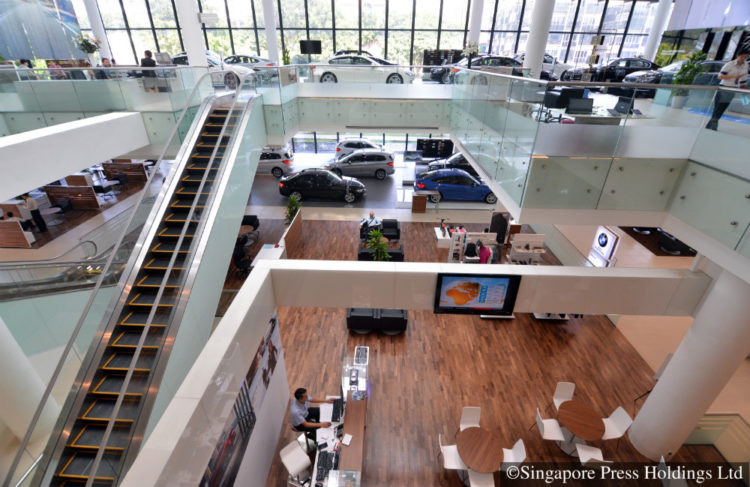 The BMW showroom in Alexandra Road. Some one million cars were recalled by the company in North America due to problems that posed fire risks.

There has also not been any fires here related to the recall campaign that it is aware of, said Ms Preeti Gupta, director of corporate affairs at BMW Group Asia which oversees 13 markets in the region including Singapore.

The update follows reports on Monday (Nov 6) of some one million BMW cars that were recalled in North America over two separate problems that posed fire risks.

Most of the recalls affect the United States, with some 15,000 cars being recalled in Canada, but a BMW spokesman said then that it was not ruling out that “other markets beyond the US and Canada could be subject to the same recall actions”.

Explaining the second recall to address a problem with a heater valve in certain 2007 to 2011 BMW models equipped with a 6-cylinder engine, Ms Gupta said: “The BMW Group has organised a safety recall to replace the blow by heater on the affected vehicles. This measure has been taken in order to ensure the best possible standards of quality and safety for customers.”

The first voluntary recall affects certain BMW 3 Series models from 2006 to 2011. The issue is related to potentially faulty wiring of the climate control blower fan, which could cause fires in extremely rare cases, said the carmaker.