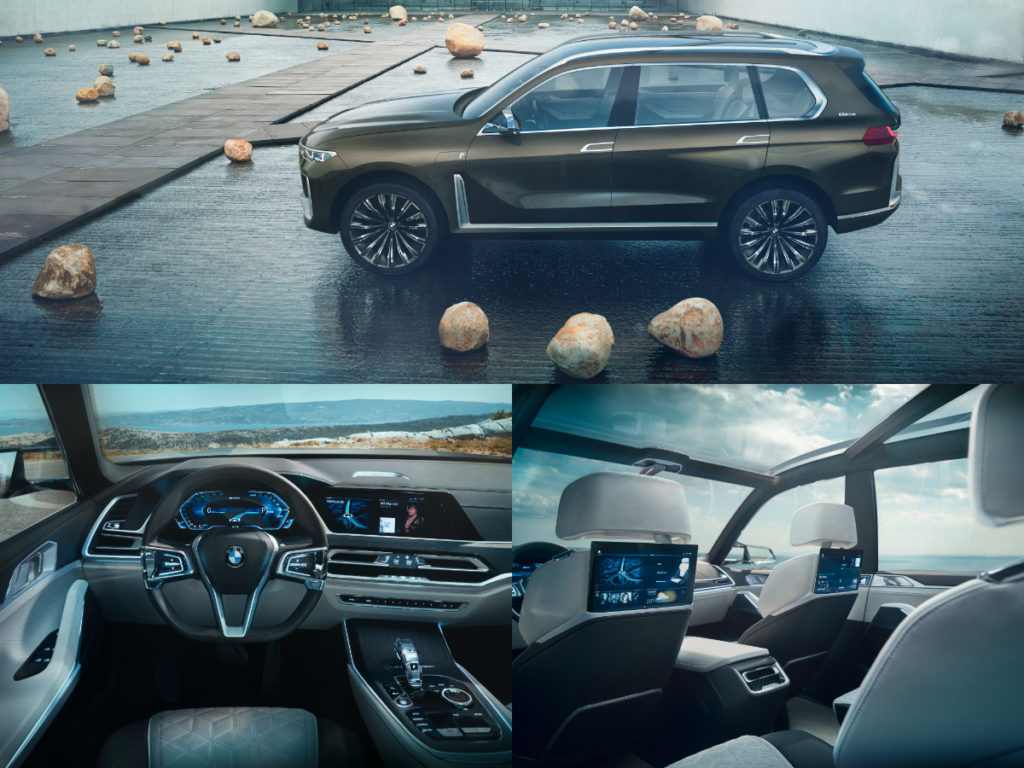 This study car offers a look ahead to the future production model set to make its debut in 2018. The forthcoming BMW X7 forms part of the largest model offensive in the company’s history.

The status of the Concept X7 iPerformance as a luxury-class BMW SAV is instantly apparent. The spectacular exterior, imposing dimensions and skilfully judged proportions endow it with an extraordinary sense of presence and an ultra-modern aesthetic fused with innate dynamism.

The luxurious character of the Concept X7 iPerformance is brought alive by its cabin, in particular. The vehicle’s sheer size forms the basis for an interior experience unmatched by any BMW past or present. As a result of the interplay between precise, pared-down forms and an open sense of space, the driver and passengers find themselves immersed in a very modern setting with an equally exclusive feel. The wealth of possibilities offered by personalised, digital connectivity allows the vehicle’s interior to be turned, as desired, into a personalised place of either retreat or productivity.

The front end of the Concept X7 iPerformance is one of its most eye-catching angles, the vehicle’s height alone ensuring it rises prominently over the road. In an all-new interpretation of classical BMW elements, the front-end design groups together the various facets of the vehicle into a powerful visual statement.

As part of its forthcoming model offensive, BMW has developed a new presence for its luxury cars that sees the profile and positioning of the most exclusive members of its range refined into a distinct product category.

The new BMW 8 Series, new BMW X7, BMW i8 and new BMW i8 Roadster will join the BMW 7 Series in the brand’s significantly expanded luxury segment lineup. The identity and attitude shared by BMW’s elite models are echoed in a newly designed logo which combines a black-and-white version of the manufacturer’s roundel first used 100 years ago with the company name “Bayerische Motoren Werke” written out in full. 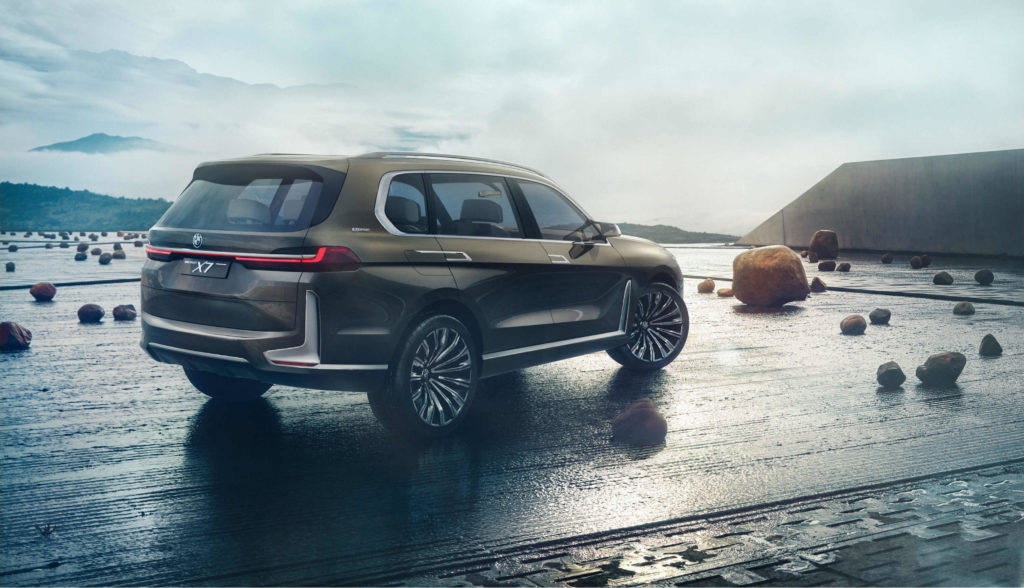