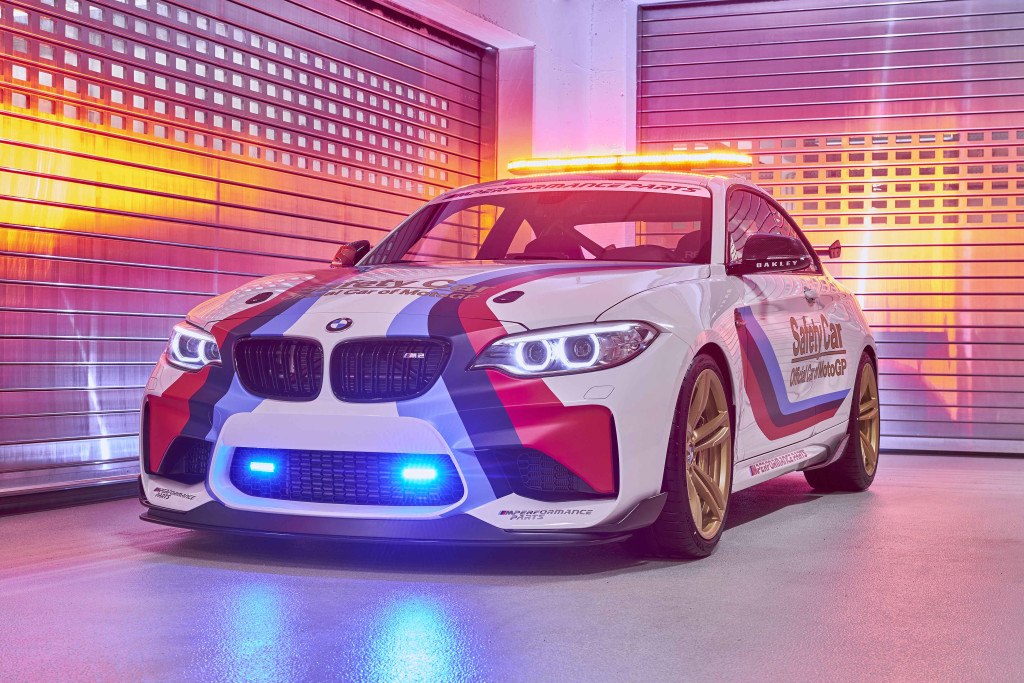 BMW M goes into the 2016 MotoGP season with a Safety Car based on the new BMW M2 Coupé. The BMW M2 MotoGP Safety Car is the new highlight of the MotoGP fleet and immediately takes a leading role in the quest to get the field of top-class riders round the racetrack quickly and safely in the coming rounds of the MotoGP World Championship, the two-wheelers’ equivalent to Formula One racing.

The BMW M2 Coupe, which was unveiled in Detroit last month, provided the ideal basis for a MotoGP Safety Car, particularly as its distinct racing genes are part of the product DNA.

The new inline 6-cylinder engine with M TwinPower Turbo technology and 3-litre capacity guarantees extremely sporty performance. With a maximum output of 370bhp, the extremely rev-happy powertrain really makes its mark out on the track. The intelligent lightweight concept, low point of gravity and low unsprung weight are further trump cards, which help ensure the maximum agility and dynamics of the high-performance compact coupé.

In the BMW M factory in Garching, the production car was modified, optimised and prepared by hand for its new role in MotoGP.

As well as exclusive tailor-made solutions and mandatory safety features, the engineers at BMW M Division also equipped the Safety Car with extensive BMW M Performance Parts. This not only gives the car an eye-catching appearance, but also plays a practical role in the areas of aerodynamics, cooling and lightweight design.

The interior and exterior of the new BMW M2 MotoGP Safety Car represent the racing know-how of BMW M Division in its purest form. Many of the prototype parts on the new highlight of the MotoGP Safety Car fleet feature the colour gold. As well as the basic paintwork in Alpine White and the typical BMW M livery, the car also features striking gold components, such as the roll cage, wheels, brake callipers, rear wing mounts, seat brackets, steering wheel spokes and contrast stitching. 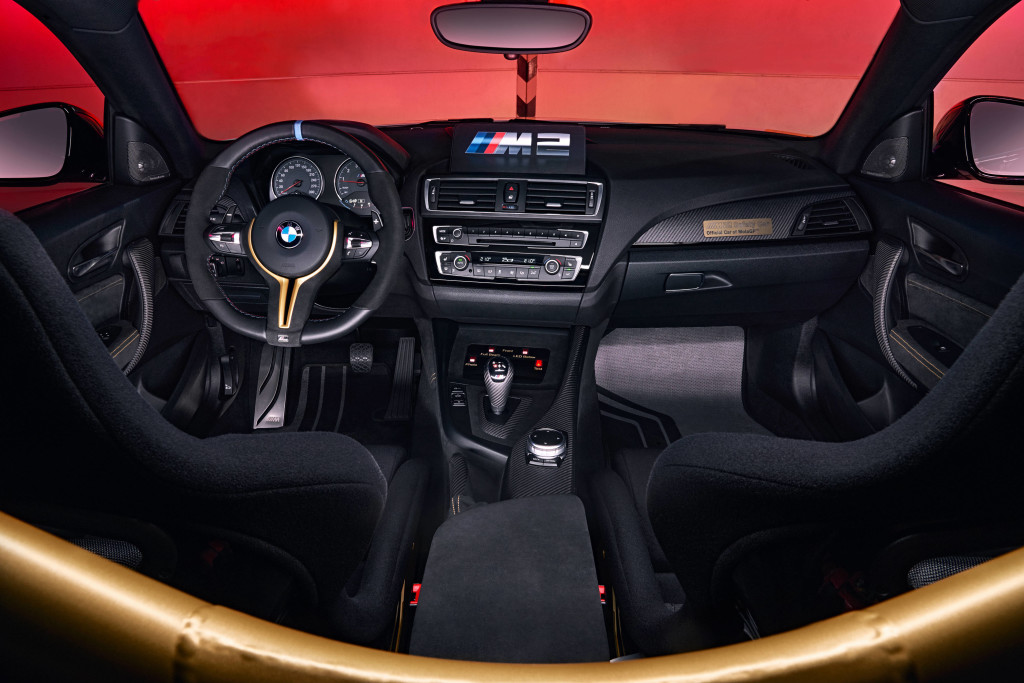 Click here for our review of a standard M135i.

Click here for our review of a modified M135i.