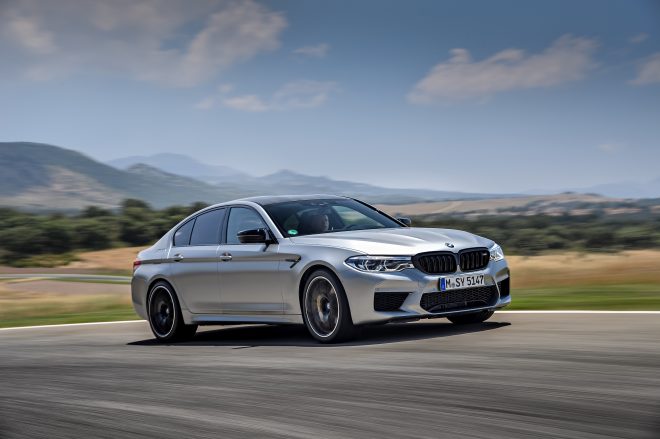 The BMW M5 Competition has landed in Singapore for those who feel the “normal” M5 is a bit too slow.

Sharper and more focused, the M5 Competition gets a 25hp boost over the standard M5 to 625hp from the same 4.4-litre twin-turbo S63 V8.

That’s a fairly crazy number for a four-door saloon which can hold your shopping and kids. 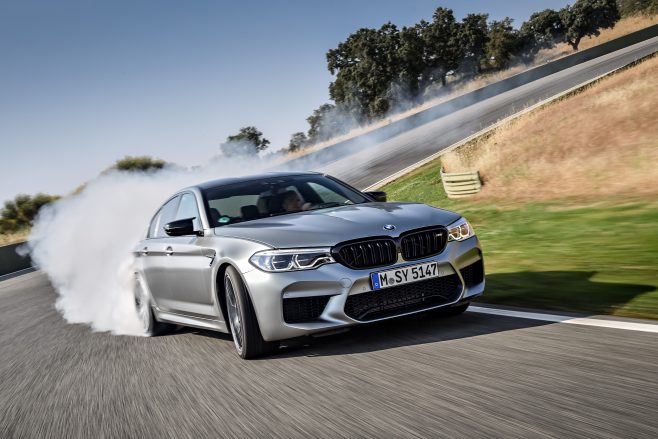 That’s your wallet powersliding out of the BMW showroom.

At 750Nm, that planet-twisting torque has remained the same as the M5 but is now stretched over a wider powerband from 1800-5860rpm, 260-rpm wider.

The century sprint is despatched one-tenth of a second quicker at 3.3 seconds and the M5 Competition blasts past 200km/h 0.3 seconds quicker than the M5.

To keep that rampaging motor under control, BMW engineers have increased the spring rates on the M5 Competition from 580 N/mm to 900N/mm. 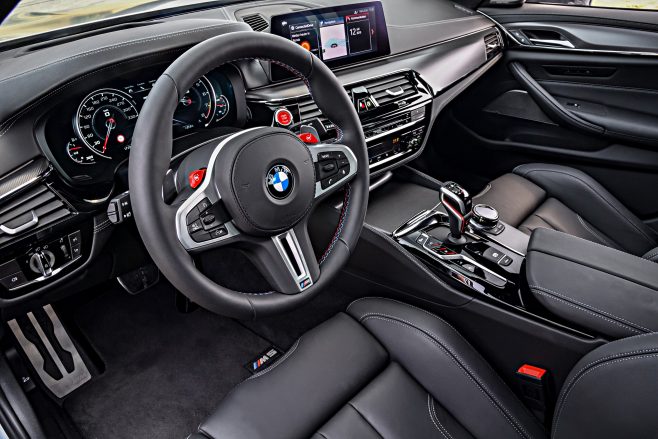 Also stiffened, aside from the driver’s arm muscles, is the anti-roll bar and front/rear springs.

Trim-wise, high-gloss black accents and “Competition” lettering on the boot distinguish you from the “lesser” M5 driver. 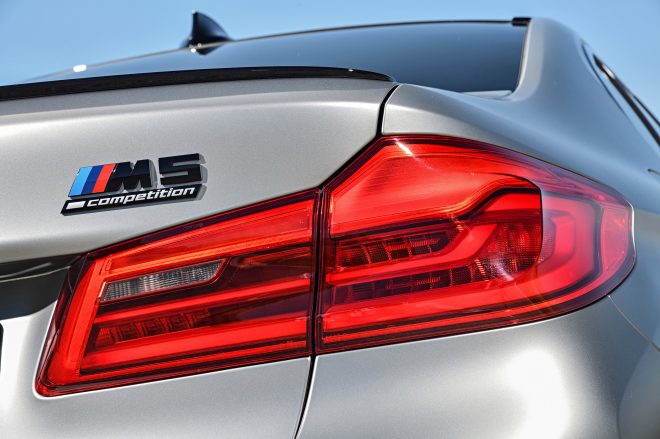 To differentiate you from the “normal” M5 drive. Pshaw.

Alongside the announcement of the M5 Competition, BMW announced it will be offering its most powerful variants as standalone models.

Previously, Competition upgrade packages could be specced on standard M models after the fact.

However, an increased takeup of M Competition models has prompted BMW to offer them right out of the box, the automaker said.

Some 40 percent of all previous-generation BMW M5 models sold worldwide were specced with the M Competition package, BMW said.

Available for viewing at Performance Munich Autos showroom, the BMW M5 Competition holds a C2 VES banding, leading to a retail price of $522,988 at press time.