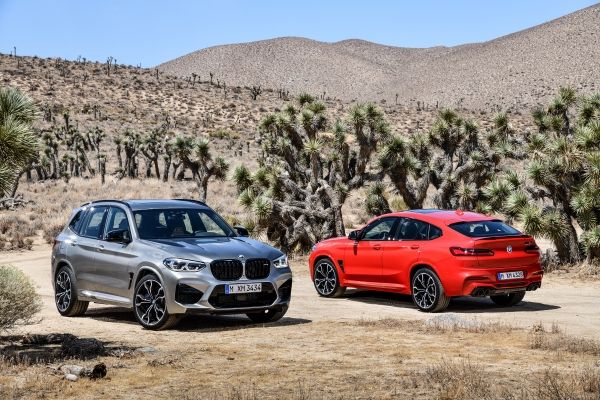 Fast SUV lovers, rejoice: BMW is expanding its mid-sized SUV range with the addition of the X3 M and X4 M performance versions.

The new M versions will have some serious firepower. The newly developed high-revving 3-litre, 6-cylinder unit with M TwinPower Turbo technology pumps out 480hp with peak torque of 600Nm.

Also new is the launch alongside the BMW X3 M and BMW X4 M of their Competition siblings.

The Competition version of the bi-turbo unit raises the output figure by 30hp to 510 hp.

The new engine teams is paired with BMW’s eight-speed M Steptronic transmission with Drivelogic and uses the new M xDrive all-wheel-drive system, which debuted in the BMW M5, to put power down to the road.

Meanwhile, the centrally controlled interaction between M xDrive and the Active M Differential at the rear axle allows the all-wheel-drive system to split the engine’s power between the four wheels as required.

Styling cues to separate the two from the garden-variety brethren include gloss black for the BMW kidney grille surround, exterior mirror caps and M gills, and the rear spoiler.