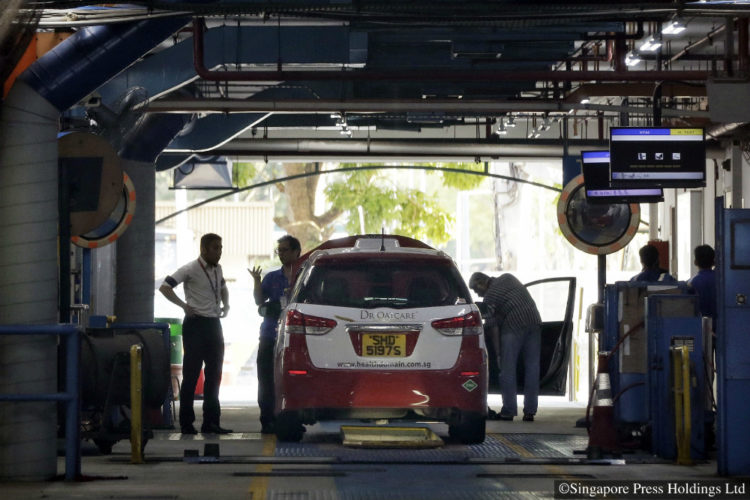 Experts say compressed natural gas (CNG) vehicles have a far lower chance of bursting into flames than petrol models, but do not rule out poor installation of CNG kits as a root cause of fires.

He pointed out that petrol has a lower explosive limit (LEL) of 1.4, while natural gas has an LEL of four. LEL is a measure of flammability – the lower the number, the higher the flammability index. He added that CNG will burn only in a narrow range of concentration.

Mr von der Aue was previously with German firm C Melchers, a leading proponent of CNG here. It has since quit the business.

According to data provided by the Singapore Civil Defence Force (SCDF), CNG vehicle fires made up between zero and 2.6 percent of annual vehicular fires from 2014 to May 22 this year. As of the end of last month, there were 2634 CNG vehicles here, accounting for 0.3 percent of the total vehicle population.

The SCDF had said earlier that the separate fires that engulfed two Trans-Cab CNG taxis recently were caused by the drivers lighting cigarettes in cabins filled with gas from leaks.

Mr von der Aue said this was an unlikely cause, although he did not rule it out. “CNG is infused with a strong, pungent smell,” he explained. “The drivers would have got out of the cabs or they would have felt quite sick.”

Mr William Aw, managing director of CNG hardware supplier Bukit Sedap, agreed that the chances of a CNG fire starting that way were “quite low”. “The driver would have suffocated from a lack of oxygen before the concentration of gas was high enough to ignite,” he said.

He added that poor installation of CNG conversion kits could be a root cause. “Typically, leaks happen at joints. And joints are at the gas tank in the rear (of the vehicle) and the engine in front,” he said. “But all vehicles installed with CNG kits are supposed to pass a stringent inspection before they can be used.”

The inspection entails visual checks as well as using a handheld electronic sensor that can pick up minute leaks.

Both experts pointed out that CNG tanks are fitted with a safety valve. When exposed to high heat, the valve gives way and the gas is expelled “in a controlled manner”.

So an explosion – such as the one seen in the first taxi fire in Commonwealth Avenue last month – would have been unlikely.

Mr von der Aue added that an electrical short circuit caused by a collision – as in the case of the Commonwealth incident – could have sparked a fire. But given the low flammability of CNG, he said the fire could have been sparked by petrol igniting.

Almost all CNG vehicles in Singapore are bi-fuel – they run on gas and petrol. Most are converted from originally petrol-powered models.

All taxis are required to be inspected every six months. The Land Transport Authority said the two CNG cabs that caught fire recently were inspected in November last year and February this year. It could not, however, say why flaws – such as the purported leaks – were not detected during the inspections.

The authority said that as of 7pm yesterday, 882 CNG taxis, eight CNG buses and 11 private CNG vehicles had been inspected, of which 82 taxis and one private vehicle failed the inspection. It also said four CNG public buses will be tested before they are put in service again. Sources said the failed vehicles had leaks. 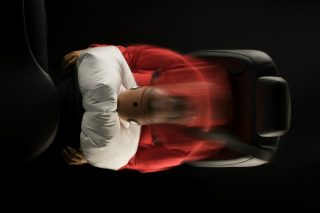 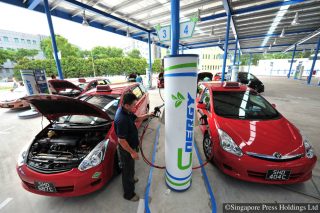 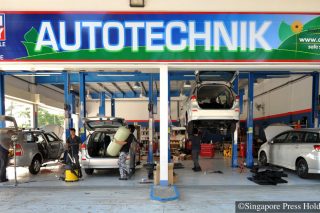 All CNG cars must be inspected by June 9

All CNG cars must be inspected by June 9