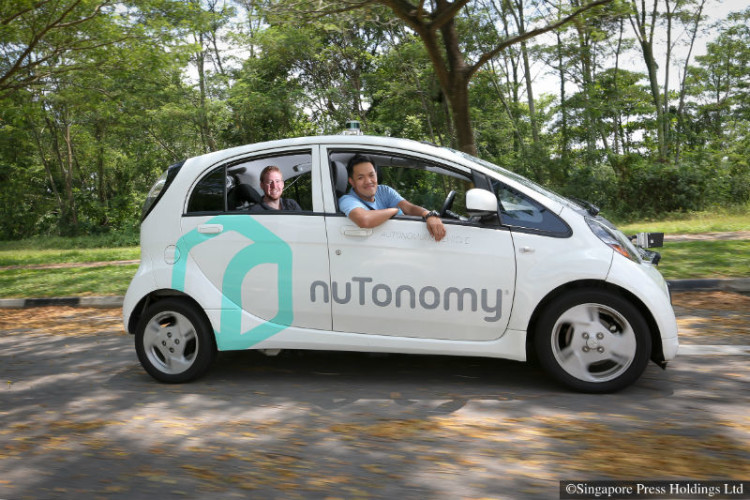 This car, developed by nuTonomy, is driven autonomously without input in the driver’s seat.

nuTonomy, founded by two Massachusetts Institute of Technology (MIT) researchers, is one of the organisations currently testing its driverless vehicles at a Government-designated test route at one-north in Singapore.

nuTonomy’s co-founder and chief executive Dr Karl Iagnemma said the “vast majority” of the funding will go towards hiring staff in Singapore and doing extensive testing and software development there.

“You’ll be seeing many more nuTonomy cars in one-north and hopefully in other parts of the city very soon. That growth is directly enabled by this funding,” Dr Iagnemma told The Straits Times.

The Series A funding of US$16 million follows an initial seed round which was completed late last year and netted US$3.6 million.

Dr Iagnemma said the EDBI, the dedicated corporate investment arm of the Singapore Economic Development Board, was one of the “primary investors” in the latest round, but declined to reveal how much it had invested.

Dr Iagnemma said nuTonomy will build its talent pool in Singapore, where currently 20 of its 30 staff are working from. “We expect to be hiring many highly-skilled, well-paid engineers in Singapore,” he said.

nuTonomy is also operating self-driving cars in Michigan and the United Kingdom, where it tests software in partnership with auto companies such as Jaguar Land Rover.

The start-up aims to be the first company in the world to deliver an autonomous taxi solution – which includes software for autonomous vehicle navigation in urban environments and smartphone-based ride hailing, fleet routing and management.

“Singapore is our primary test area in the world… Currently we have authorisation to test in one-north,” added Dr Iagnemma.

“We are optimistic that once we’ve demonstrated an appropriate level of safety and technical performance with the car, we are able to work with the Land Transport Authority to expand our testing beyond one-north.”

nuTonomy was founded by Dr Iagnemma and Professor Emilio Frazzoli in 2013.