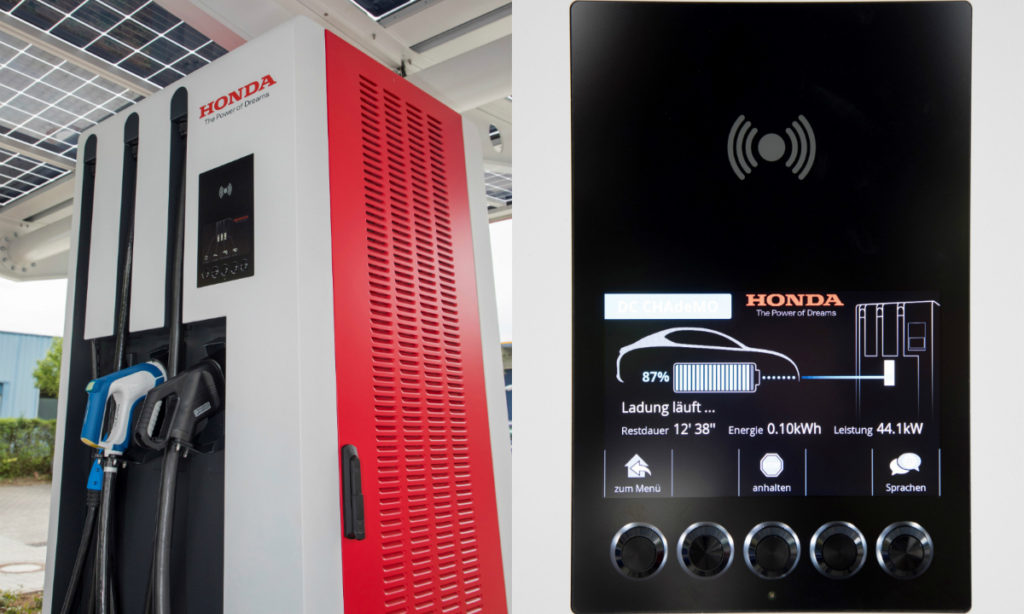 Europe’s most advanced public charging station for plug-­in vehicles has been opened by Honda at its R&D facility in Offenbach, Germany. The station uses state­-of-­the-­art 940V technology, enabling up to four vehicles to be charged simultaneously with different types of       connectors.

The public charging station is powered by renewable energy sources, including via a photovoltaic carport canopy. Its 940V capability can deliver up to a maximum of 150kW of energy across four simultaneous connections.

The charging station will be operated by Honda R&D Europe and is “future proofed” for the next generations of electric vehicle technology. While the station can be used by current models of plug­-in hybrid cars, vans, bicycles or scooters, its maximum high­-voltage capability is designed to cope with the demands of future vehicles that have not yet been conceived.

Honda R&D Europe’s investment in the charging station is part of the “Smart Company” research project within the city of Offenbach, which aims to develop more intelligent and efficient ways of using energy resources. The 940V capability will enable new possibilities for Honda’s internal research into electro-mobility, in line with its recently ­announced “Electric Vision” strategy.

In a later phase of the research project, Honda R&D Europe intends to install a new hydrogen filling station with integrated hydrogen generation at the Offenbach site. Like the 940V plug-­in charging station, it can be supplied exclusively with power from renewable energy sources. It will also have intelligent back­-to­-grid energy storage and transmission capability for the local power networks.

This activity forms part of Honda’s commitment to an electric future in Europe, with a specific aim to have electrified powertrains in two-thirds of European Honda cars sold by 2025. Development of hybrid, plug­-in hybrid, battery electric and fuel-cell cars will place Europe at the forefront of Honda’s global electric vehicle strategy. 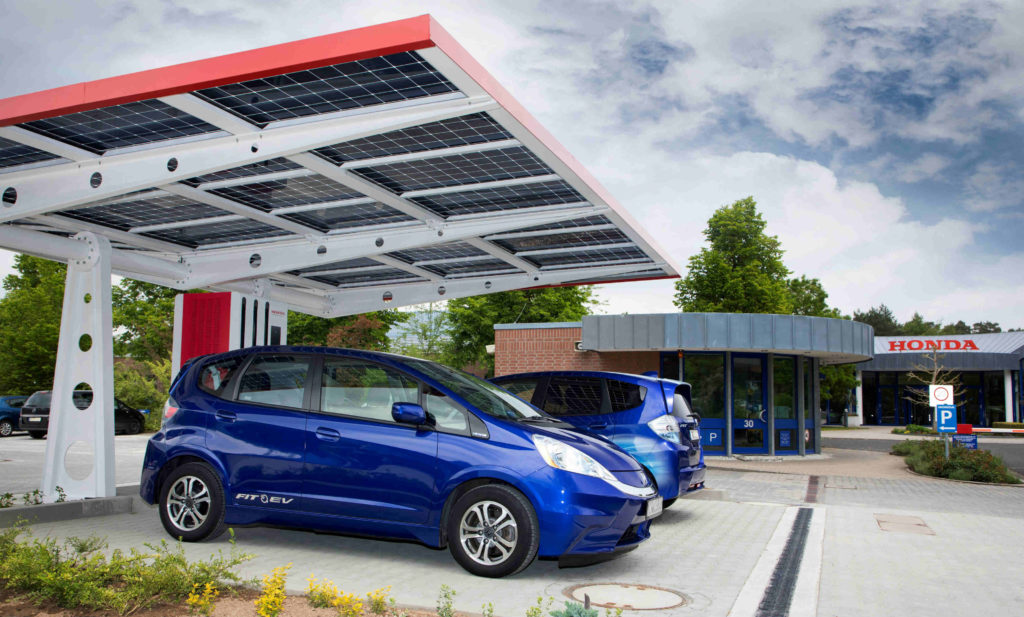 Check out the Mitsubishi Outlander PHEV, one of the most popular plug-in hybrid electric cars in Europe.

Check out EVA, the electric car designed and built in Singapore.