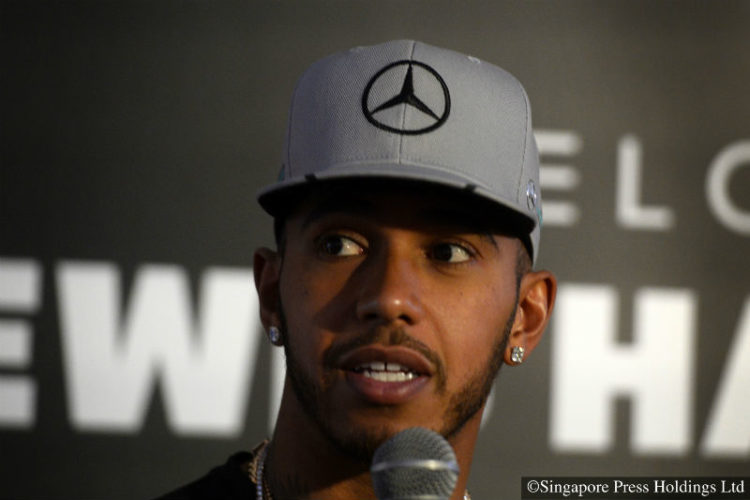 But Hamilton, addressing some 400 fans at The Shoppes at Marina Bay Sands on Wednesday (Sept 14), is confident this weekend’s race will be markedly different.

In his first public appearance here, the British driver said: “I definitely think we’re not going to have as (many) problems as we had last year… but if we do I think we got the tools to get it correct.”

An issue with his car’s power unit caused Hamilton’s early exit last year, his first and only retirement of the 2015 season. But it did not stop him from bulldozing to his third world title.

He currently leads the driver standings with 250 points, two ahead of team-mate Rosberg.

While the Republic might prove a tricky destination for him, with three retirements in the last five races, his star power is undeniable.

Screams of “Lewis, Lewis” echoed throughout the mall as Hamilton emerged from luxury watch boutique IWC Schaffhausen, with fans clamouring at a glimpse of the heavily-tattooed star.

Among the crowd was Colin Schooling, father of Singapore’s first Olympic champion Joseph. Colin was a guest of one of the event’s sponsors.

Hamilton’s security detail had to be at their strongest to repel the zealous fans leaning in for autographs.

The 31-year-old also took to a simulator to attempt three laps on the Marina Bay Street Circuit. His optimism might have been doused slightly. A technical fault meant he was unable to complete the three laps.