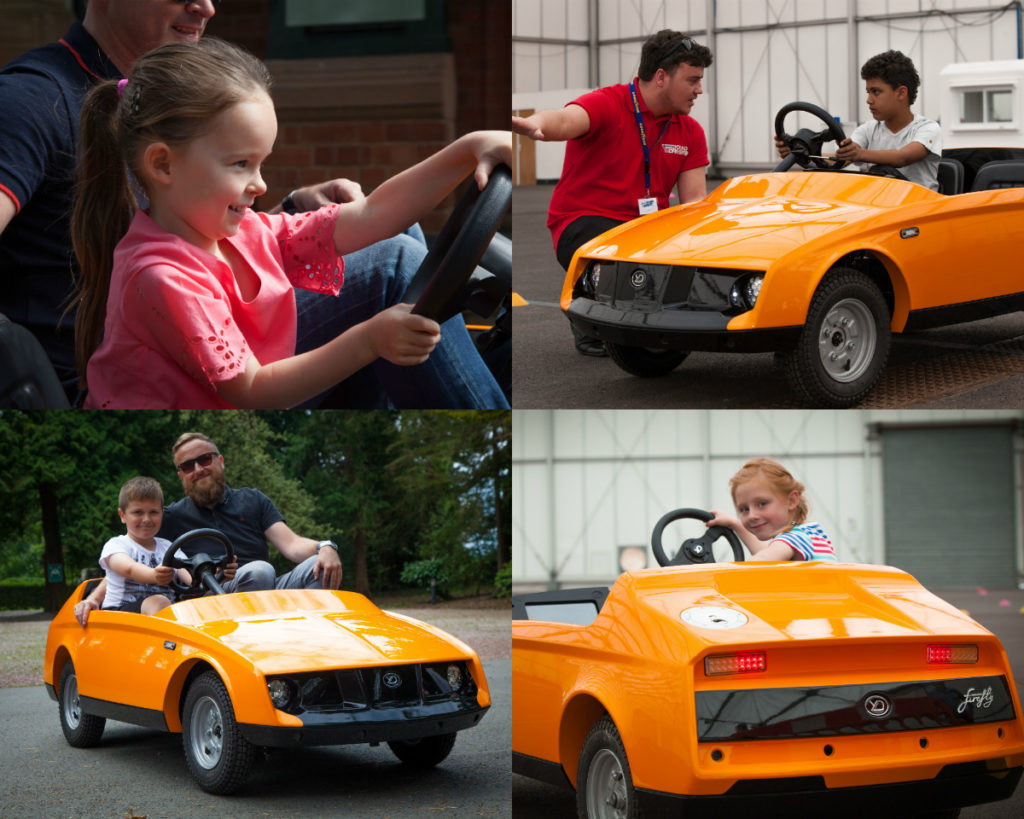 Firefly is the brainchild of Young Driver Motor Cars Limited, a division of Young Driver, the UK’s largest provider of pre-17 driving lessons. While Young Driver already offers lessons for youngsters aged 10 to 17, it became clear that there was currently nothing suitable for those aged under 10 to drive.

When searches revealed there were only “toys” available, typically for kids under five, Young Driver recruited a team of British automotive experts, with the mission to design and manufacture a properly engineered small electric car.

The first two-seater Firefly cars were revealed in pre-production prototype form in April at the Gadget Show Live, when over 1000 youngsters put the four prototypes through their paces. Since then, the company has continued to develop, test and refine Firefly, working with leading designers and tier one UK automotive suppliers to create the finished product which handles and drives like a full-sized car.

Firefly is powered by a state-of-the-art electricdrive train featuring twin electric motors enabling a top speed restricted to 16km/h. The car can, however, be set to a Junior or Experienced mode. An innovative (patent pending) and optional safety system uses sensors to detect obstacles in time to bring the car to a halt when it is operating in the Junior mode, which also limits speed to 8km/h.

Working in forward or reverse modes, this is supplemented by a remote control switch which enables adults to stop the car from up to 120 metres away in case of an emergency. The automatic sensors and 8km/h speed limit are deactivated in the Experienced mode, but the remote control is still operational.

The driver’s seat can be adjusted, allowing most youngsters aged from five to 10 to reach the pedals. An adult of up to 2m in height can also drive, or be a passenger/co-driver within the vehicle. 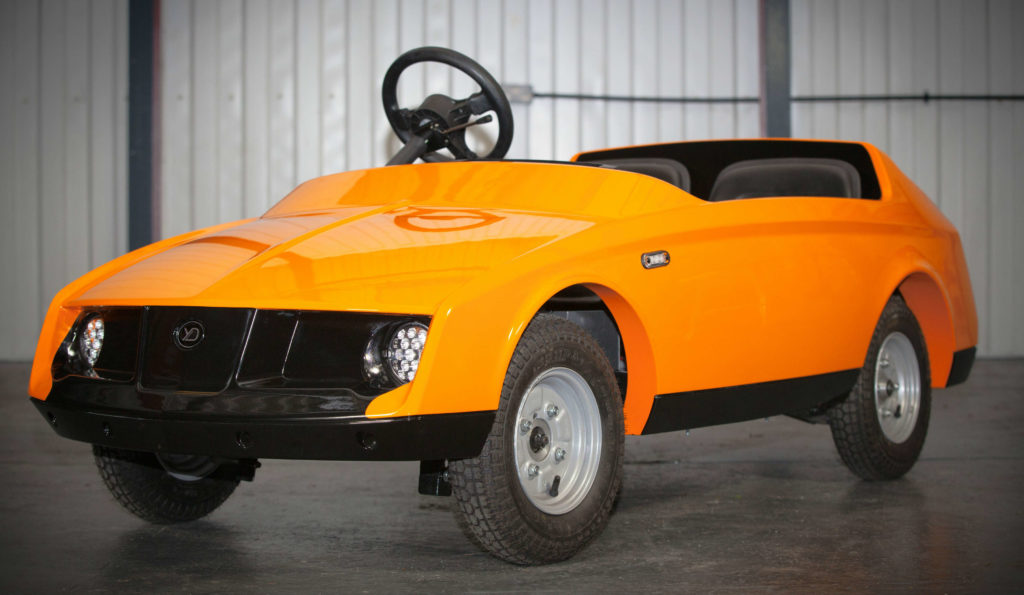 Here’s a little Land Rover Defender for the little ones.