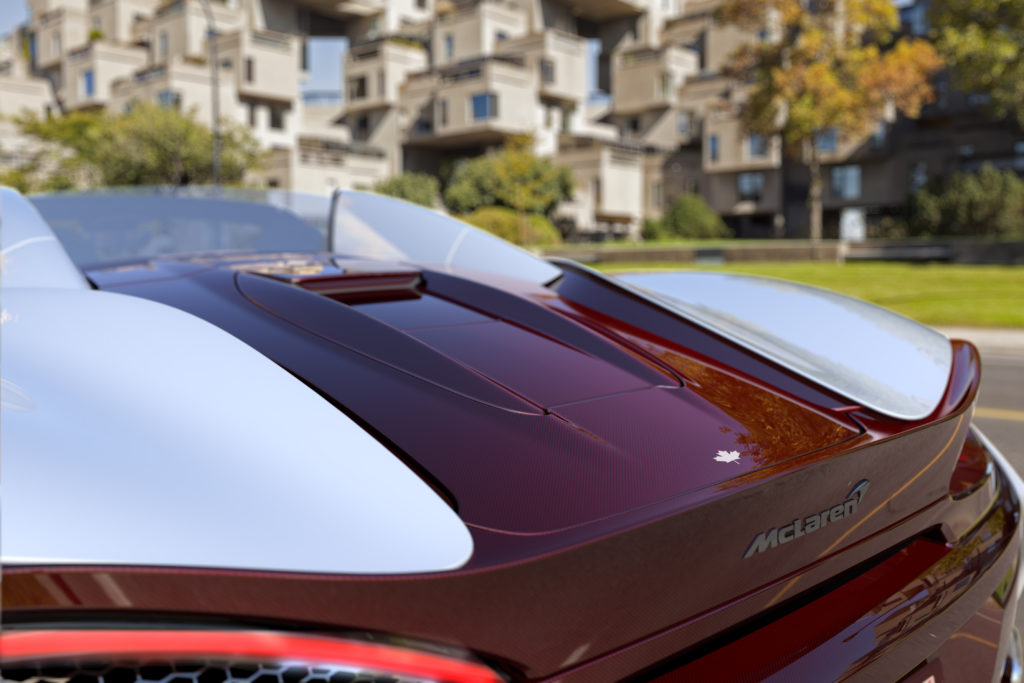 McLaren Automotive, the British manufacturer of luxury sports and supercars, and Pfaff Automotive Partners, the distributor for McLaren automobiles in Canada, have partnered to create five very special 570S Spiders that celebrate McLaren’s racing and road-car history in Canada.

Inside, a black leather and Alcantara interior is set off by a red Alcantara roofl iner, red Alcantara steering wheel with white “12 o’clock mark”, as well subtle maple leaf accents. A plaque inside each car identifies it as one of five ‘Canada Commission’ vehicles.

The 570S Spider features a 3.8-litre twin-turbocharged McLaren V8 engine with 7-speed, seamless-shift gearbox, delivering 562hp and 600Nm of torque. The acceleration from 0 to 100km/h in 3.2 seconds and 328km/h top speed are identical to the 570S Coupe, while the top speed with the roof down is 315km/h.

Highlights of McLaren’s racing and road-car history in Canada include Bruce McLaren winning three races in a row in the Canadian Sportscar Championship behind the wheel of the McLaren M1B in 1966; Bruce McLaren and Denny Hulme finishing 1st and 2nd respectively at the Canadian Grand Prix in 1968; and the 1-2-3 podium finish at the opening round of the Can-Am Challenge in 1969 by Bruce McLaren, Denny Hulme and John Surtees in McLaren M8B and M12 racecars. 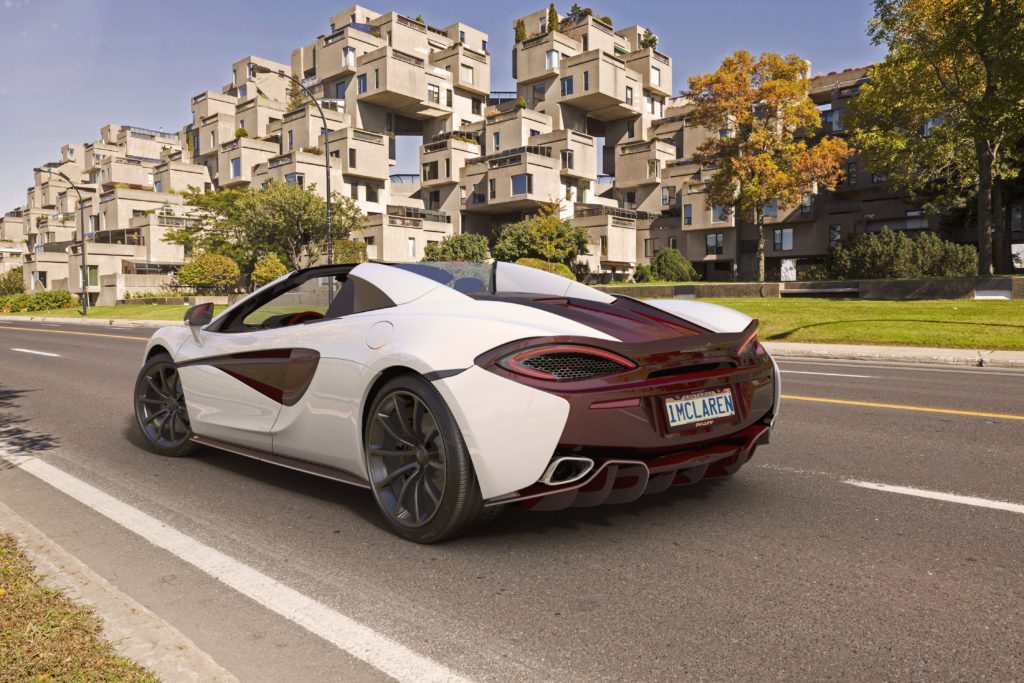 Check out the romantic 570S Spider designed for Valentine’s Day.