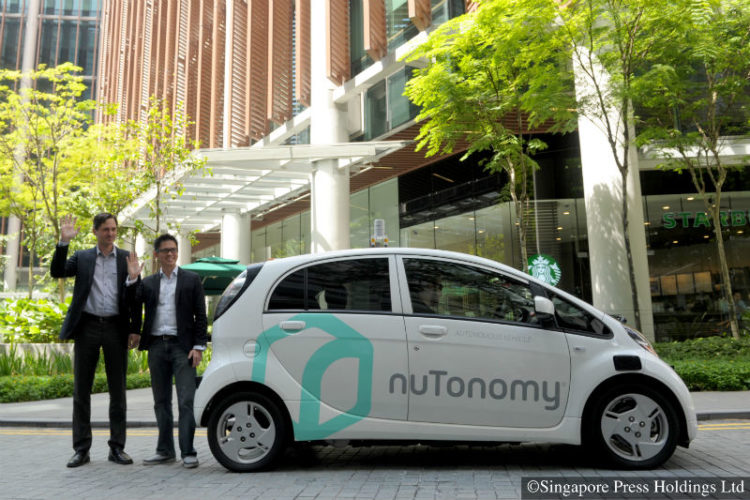 nuTonomy chief Karl Iagnemma (left) and Grab Singapore head Lim Kell Jay with a test car. nuTonomy has been testing driverless vehicles in the one-north area since April 2016 and has tied up with ride-hailing service Grab to let a select group of its customers try them out.

Start-up nuTonomy announced that it would partner ride-hailing service Grab for its on-demand driverless car trial which began in August.

For two months, a select group of Grab users will now be able to book nuTonomy’s driverless cars for free using a special “robo-car” icon on their app.

Users, who must be above the age of 18, will be able to sign up for the trial from Friday and need to sign a liability waiver.

Commuters will be able to book a ride to areas within the one-north business district, where nuTonomy has been conducting tests of its vehicles since April, as well as nearby neighbourhoods.

Each car will have a support engineer and a safety driver, who will take control of the vehicle outside of one-north, designated by the Government as a test area for autonomous vehicles.

The trial is aimed at gathering information on improving the comfort, performance and safety of nuTonomy’s self-driving vehicles, as well as refining Grab’s routing technology and mapping for these vehicles.

Mr Yeoh Keat Chuan, managing director of the Singapore Economic Development Board (EDB), said the partnership between nuTonomy and Grab “will contribute to the development and deployment of self-driving technologies here”.

Mr Yeoh added that the partnership was a testament to the “vibrancy of the urban mobility ecosystem” here.

EDB has invested in nuTonomy.

nuTonomy said it was working with the authorities to expand the scope of its trial with Grab in the future. 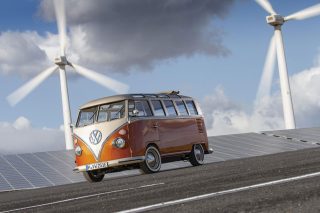