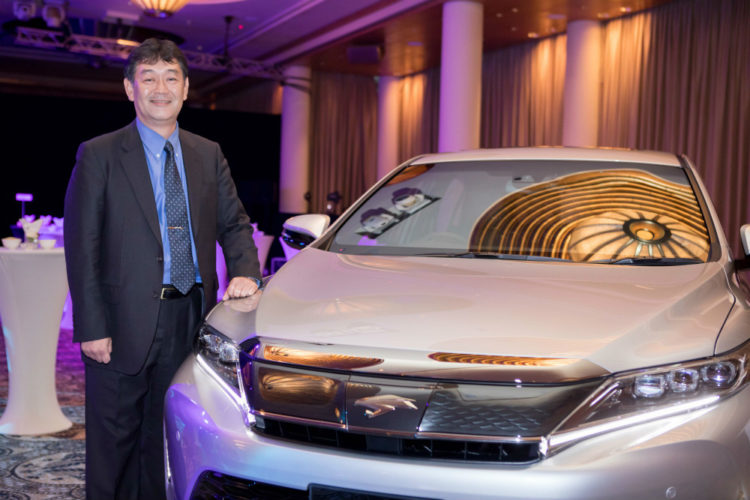 After being here for more than a decade as a parallel import, the Toyota Harrier sport utility vehicle (SUV) was launched by authorised agent Borneo Motors on Thursday.

The car is a turbocharged variant and Singapore is the first in Asia outside Japan to have it.

With prices starting below $150,000, it is proving to be a hot seller. Even before its launch, Borneo Motors has garnered some 400 bookings (for the luxury grade).

The Straits Times talks to Harrier chief engineer Yoshikazu Saeki to find out more about the model and why Toyota has made it available outside Japan.

Previously, the Harrier shared the same platform as the Lexus RX. Now, it shares a platform with the RAV4 and Lexus NX. Why?
Yes, the Harrier, RAV4 and NX are brothers. We decided to change when the RX grew in size. Being more compact, it is more manoeuvrable and easier to park. There is no Toyota-badged equivalent to the RX now.

You now have a turbocharged version. Are turbos becoming more popular in Japan? What about the concerns with particulate matter?
Turbos certainly have become more popular, even in Japan. But we don’t know if this popularity will continue to grow.

Developing an engine costs a lot of money. So we try to use engines across model ranges, and over a five-, 10-year period. This turbo engine was first seen in the Lexus NX.

As for particulate matter, it really depends on how we strike a balance between environmental protection and vehicle cost.

Globally, taxation has to change. Countries should look at how environmentally friendly a car is and not just base taxes on engine displacement.

For manufacturers, it is very difficult to clear all the various legislations with one car. It is not possible to satisfy all at the same time. But we shouldn’t give up.

Will there by a hybrid version?
In Japan, yes. But there are no plans to export it right now. We will gauge the interest level here and see if customers want a hybrid, before we decide.

Why did Toyota make the Harrier available to Singapore now, after all these years? Is the market in Japan shrinking?
The SUV market is expanding everywhere. In Japan, the SUV market is also expanding, while the market for sedans and hatchbacks is shrinking. We feel the Harrier, as a stylish urban vehicle, will resonate with buyers here.

Will there be more Japanese domestic models coming to Singapore?
Frankly speaking, I can’t say much about this. But I think the most important thing is to see whether Singapore customers will like the Harrier. If you try to catch two birds, you may end up catching not even one.

But the Harrier has already proven to be popular in the last decade or so.
I’m fully aware there’s been a lot of parallel imports. But I believe that just selling a car is not enough. It is important to keep a relationship with the customer. Borneo Motors is taking the first step in building this relationship with Harrier customers.