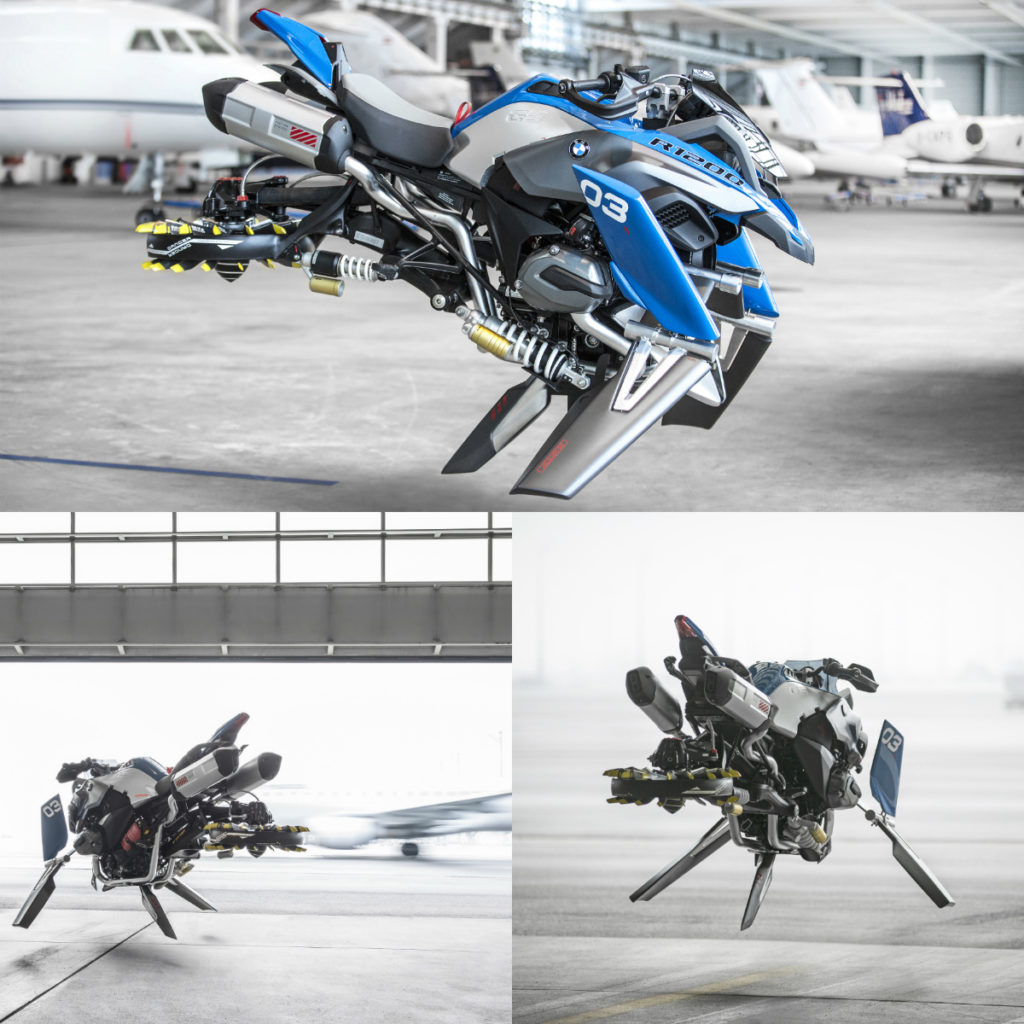 The Lego Technic BMW R1200 GS Adventure is not just a fun model kit consisting of 603 parts. It is also the result of the successful and creative collaboration between BMW Motorrad and Lego Technic.

The idea of developing a detailed Lego Technic reproduction of BMW’s best-selling model, the R1200 GS Adventure, quickly grew into something more. The design teams of the two companies decided to join forces to create an alternative model as is commonly provided with Lego Technic 2-in-1 kits. So the parts of the Lego Technic BMW R1200 GS Adventure can also be used to build the Hover Ride Design Concept.

The R1200 GS Adventure has been available as a detailed replica Lego Technic model since 1 January 2017, reproducing the shapes and mechanisms of the full-size original as faithfully as possible. Connoisseurs are delighted by the authentic BMW Telelever front-wheel suspension, the universal shaft drive and the “working” 2-cylinder boxer engine, all of which are set in motion as soon as the motorcycle is moved.

With its wealth of details, it is not only a realistic reproduction but also an appealing model-making challenge with its 603 pieces. The BMW R1200 GS Adventure is the first Lego Technic model to be created in cooperation with a motorcycle manufacturer.

The two design teams also drew on their inventive flair to create the Lego Technic Hover Ride, the alternative model included in the kit. This model is a futuristic concept – full of emotion and creative energy, though not laying claim to technological plausibility.

The Hover Ride Design Concept came about as a result of the involvement of the BMW Junior Company Munich, an innovative training unit in which BMW trainees from diverse departments have the opportunity to work together in projects entrepreneurially.

BMW trainees in the second to fourth year of their course used the serial-production parts of the R1200 GS Adventure to build a life-size model of the Lego Technic Hover Ride. Numerous components, such as the front-wheel rim modified to form a propeller, were specially made for the project, demonstrating the youngsters’ skilled craftsmanship.

Read our review of the BMW R nineT.