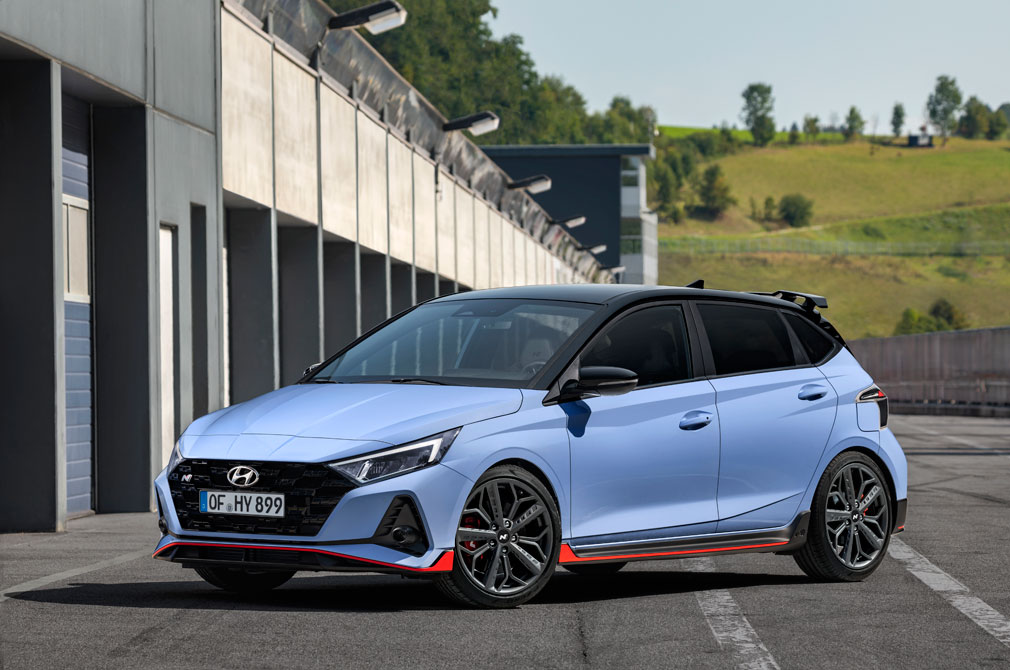 Hyundai has unveiled the new i20 N hatchback.

Paired to a 6-speed manual, the i20 N finishes the century sprint in 6.7 seconds.

A host of engine enhancements including higher injector pressures and Continuously Variable Valve Duration ensure flexible torque and high responsiveness from the engine.

Combined, the new enhancements allow the engine to deliver maximum torque from between 1750rpm to 4500rpm.

The Hyundai i20 N also gets an exclusive turbo system which is cooled by an intercooler and the water circulation of the engine.

NEXT, TACKLING THOSE CURVES

The chassis of the Hyundai i20 N has been reinforced at 12 different points for heightened rigidity. 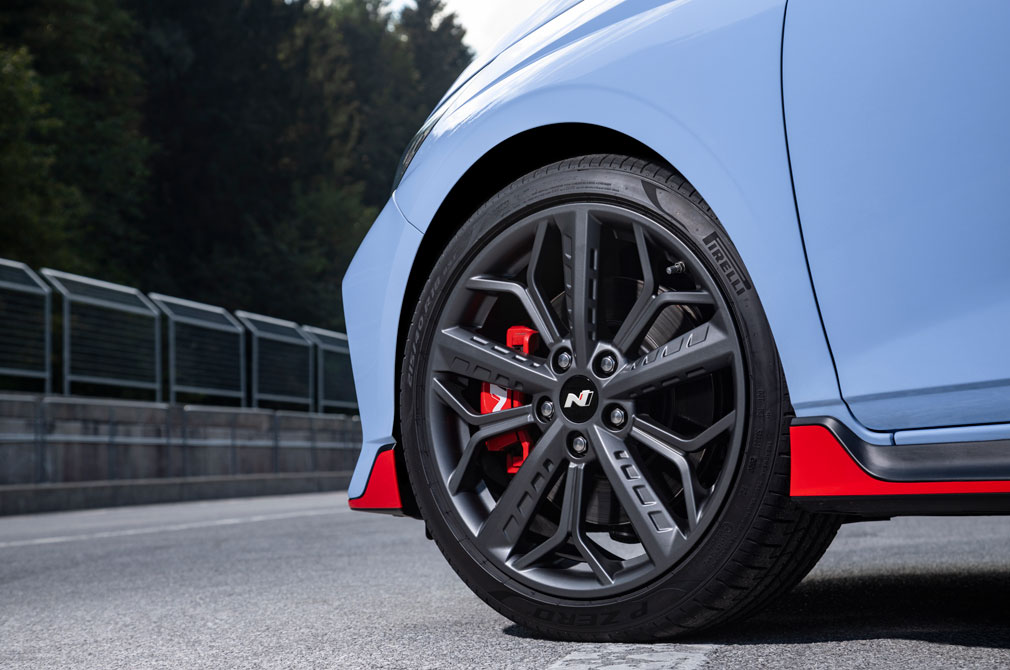 The front suspension is supported by a new anti-roll bar, while the wheels have been given increased camber for better traction.

At the rear, the Hyundai i20 N has a Dual Coupled Torsion Beam Axle, which provides higher stiffness for improved ride and handling performance.

An optional mechanical Limited-Slip Differential is also offered for optimum traction for a sportier and more agile handling. 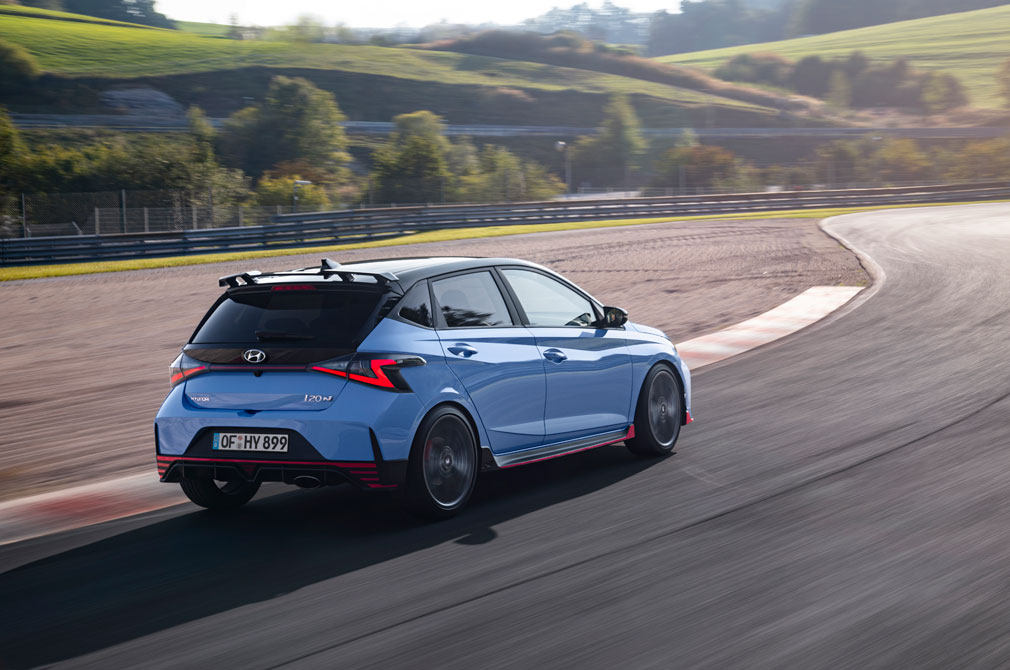 Large single exhaust emphasises the high-performance potential of the engine.

AND FINALLY, AN UNCOMPROMISING DESIGN

Hyundai states that the i20 N was inspired by the i20 WRC rally car, and its exterior design shows it. The car gets larger air intakes at the bumper allow the turbocharged engine to breathe.

The radiator grille also gets a unique chequered flag-inspired pattern that underlines its abilities on the racetrack. Tomato-red accents are found on the lip spoiler, side skirts, and rear diffuser. 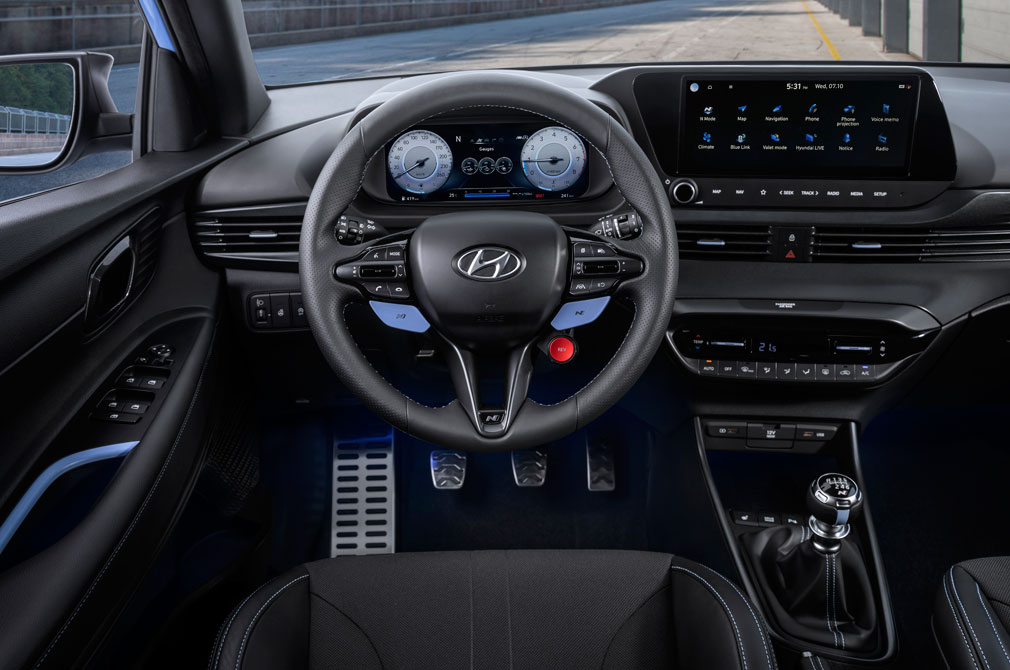 Look out for the N steering wheel, N gear knob and N metal pedals in the cabin.

Inside, the cockpit features dedicated sport seats, an N steering wheel, N gear knob and sporty N alloy pedals. A shift indicator, which shows the driver the best time to switch gears, is also part of the digital cluster.

Read about the Hyundai i20 N’s larger sister, the i30 N here!