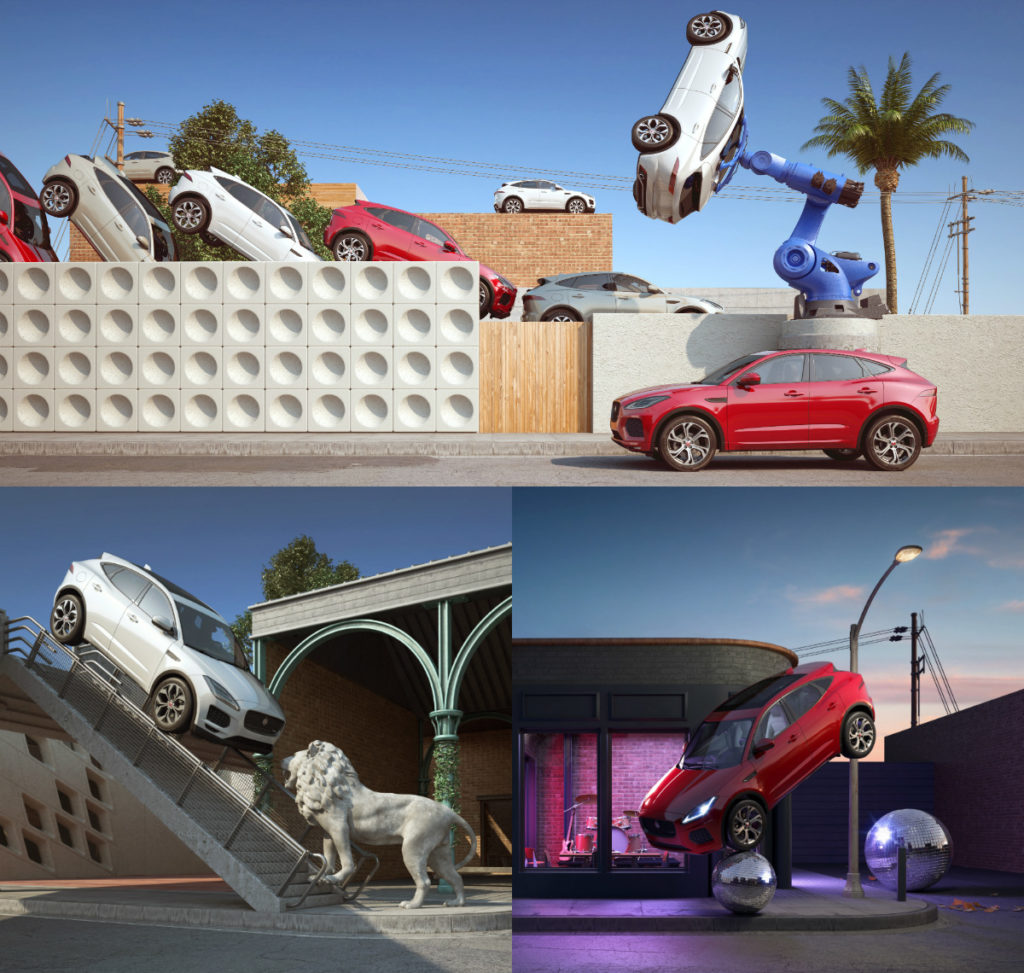 Inspired by the compact car’s playful character and record-breaking barrel-roll reveal, Labrooy puts the E-Pace into a series of unlikely locations and scenarios. The “Transposition” series of images features Detroit, famed for its automotive heritage and also the location of the E-Pace’s US debut.

The UK-based Labrooy worked with the Jaguar Design team, led by design director Ian Callum, to create a series of images showing the new vehicle in its natural habitat – with a twist. During the development of the Jag E-Pace, Callum and his colleagues worked closely with the engineering team to give the car a character and a sense of fun.

Chris Labrooy, a three-dimensional CGI artist, said: “This collaboration would only be possible working with a really future-thinking team. Once I had an understanding of what the Jaguar ‘Cub’ was all about, it helped guide my creativity – I could create scenarios that capture the fun, youthful sensibilities of the E-Pace.”

“The Transposition series is about reordering the material culture that surrounds us in new and unexpected ways. The E-Pace is juxtaposed with different objects and transposed into unforeseen scenarios where they wouldn’t normally belong. Robots appear on sidewalks and cars dance with glitter balls in surreal situations that exhibit the E-Pace sense of playfulness.”