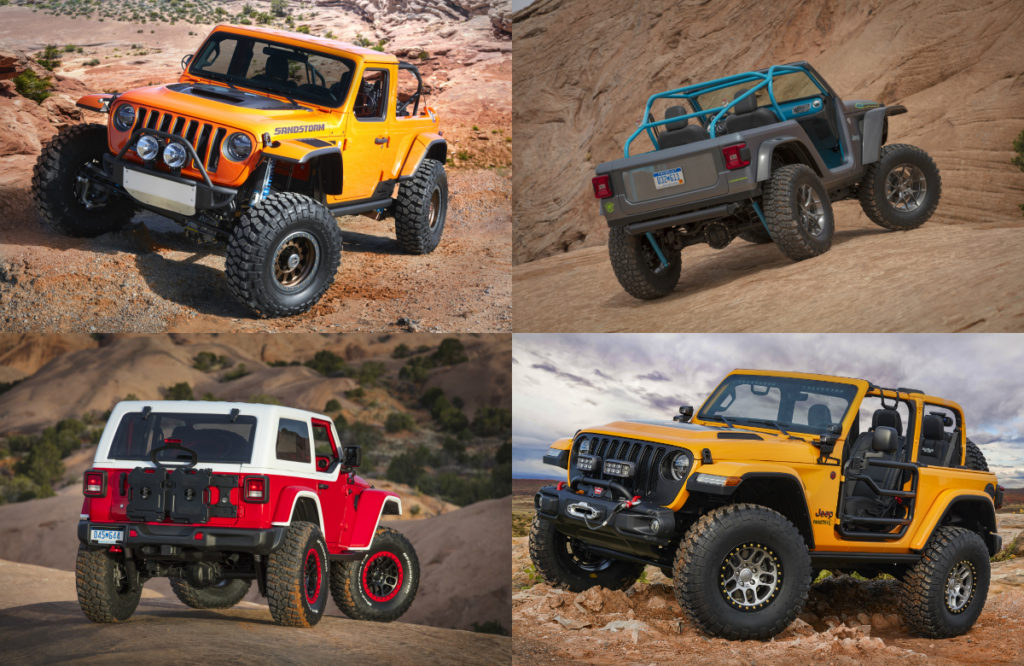 The Jeep and Mopar brands once again joined forces to create seven new, custom-built concept vehicles for the annual Easter Jeep Safari in Moab, Utah, from 24 March 24 to 1 April, 2018. For the 52nd year, thousands of off-road enthusiasts headed to Moab for the annual Jeep event to participate in a week of technical off-roading on some of the most picturesque trails that the country has to offer.

A comprehensive assortment of production and prototype Jeep Performance Parts are featured on this year’s seven concept vehicles. The Mopar brand develops all Jeep Performance Parts with rigorous specifications and legendary 4×4 capability in mind. This allows Jeep owners to further enhance their stock vehicles with confidence. Mopar already has more than 200 parts available for the all-new 2018 Jeep Wrangler.

Jeep Sandstorm
Inspired by Baja desert racers, the Sandstorm concept is all about blitzing long, sandy straightaways while still being capable of handling the daily driving duties. To accomplish this, the Sandstorm features off-road hardware that will handle both with ease, including an extreme-duty suspension system and a powertrain with excess power on tap.

Jeep B-Ute
The B-Ute concept is equipped with a variety of Jeep Performance Parts for the ultimate off-road adventure.

Jeep Wagoneer Roadtrip
The Wagoneer Roadtrip stirs up nostalgic memories of going to Yellowstone National Park on a summer family vacation. This particular 1965 Wagoneer retains its heritage and charm as it continues to utilise its original steel body, while the chassis and drivetrain have been updated.

Nacho Jeep
The Nacho Jeep serves as a rolling catalogue loaded with choice selections from the Mopar brand’s Jeep Performance Parts (JPP) menu, offering a blueprint which off-roaders can follow to create their own custom trail vehicle.

Jeep Jeepster
Available Jeep Performance Parts concept modifications combine to bring to life the Jeepster concept. Based on a Wrangler Rubicon, this concept evokes the colour palette and speedy styling of the 1966 Jeepster.

Jeep J-Wagon
The J-Wagon concept is personalised with Jeep Performance Parts to create a premium-styled vehicle equally at home on the trails and urban cityscapes. 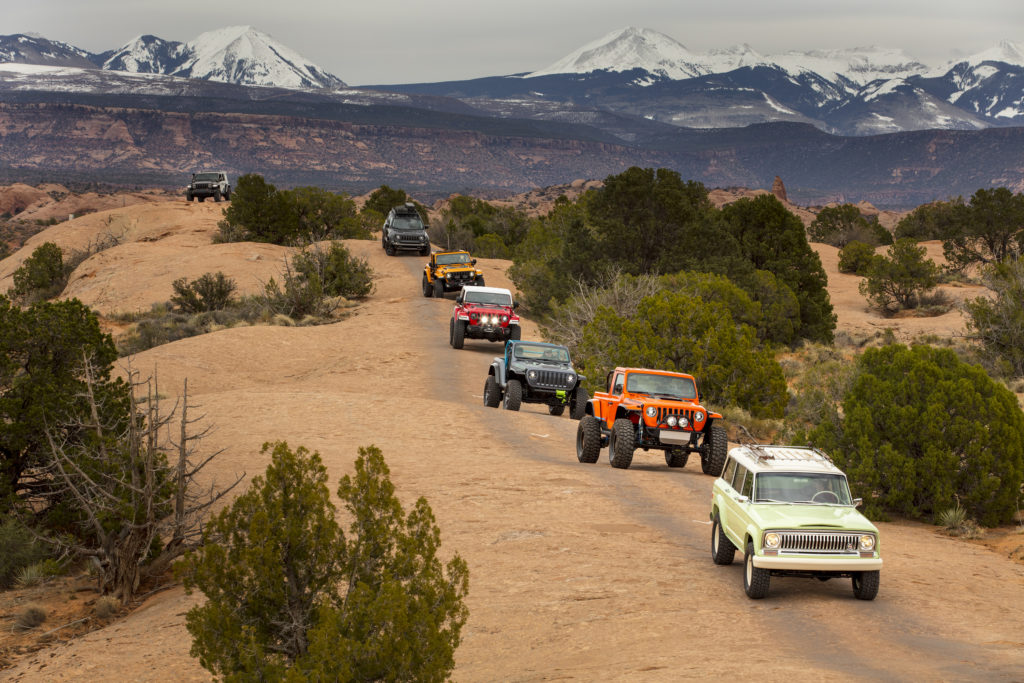 Read about the Singaporean who owns a Jeep Wrangler Unlimited and a Land Rover Defender 110. 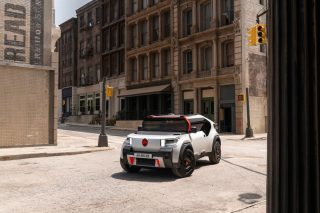 The Citroen Oli concept utilises cardboard in its body panels

The Citroen Oli concept utilises cardboard in its body panels