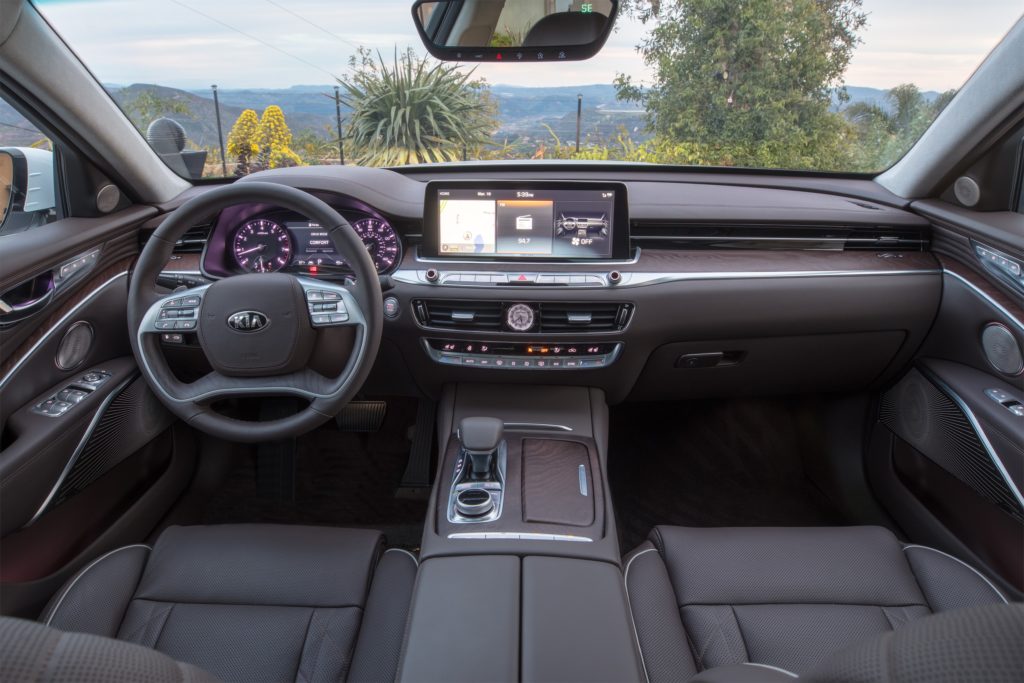 Kia Motors America unveiled the completely redesigned K900 sedan at the 2018 New York International Auto Show, establishing a new standard for luxury. The all-new second-generation model combines a dignified and sophisticated exterior design, a beautifully crafted cabin of premium materials, and performance characteristics that befit a world-class flagship sedan. Reimagined in every way, the K900 brings with it an array of new systems and safety features, making it the most technologically advanced Kia ever.

Sophisticated and stately, the entirely redesigned K900 brings a new definition of premium luxury to the Kia portfolio. Although it’s slightly longer and wider than the outgoing model, this K900 actually looks tighter thanks to its reimagined proportions, especially with respect to its profile. Combining a beautifully balanced design with flowing lines, tensioned surfaces and geometric details, the K900 introduces a modern air of elegance to the large-sedan segment.

Kia’s designers were inspired by a design ethic they call ‘The Gravity of Prestige,’ and this all-encompassing philosophy translates to a feeling of solidity and volume in the upscale space.

Elegant by design but with a minimalist layout, the interior of the new K900 provides drivers and passengers with a peaceful retreat that is simple, modern and comfortable. The cabin wraps around the driver, enhancing the sense of being cocooned from the outside world. A tight and virtually uninterrupted line between the doors and the instrument panel creates a deliberate sense of continuity. Flowing from the centre of the dash and outward to the doors, surfaces are trimmed in a sophisticated combination of materials, with metal veneers and a choice of four open-pore matte wood selections.

As expected, the new K900 comes equipped with a wide array of advanced technology, connectivity and infotainment features. The centre console features a tactile port dial that is both convenient and intuitive for driver operation of the 12.3-inch Human Machine Interface (HMI) touchscreen that displays maps, trip information, audio sources, climate controls and more.

The K900 has evolved into a truly sophisticated driving machine powered by a 3.3-litre twin-turbo V6, the same engine found in the automaker’s highly acclaimed Stinger fastback sport sedan.

A longer wheelbase and a wider stance provide greater control and stability, as well as an ultra-smooth ride. The chassis was strengthened over the previous K900, achieving a more rigid body with increased front and rear lateral stiffness thanks to a greater use of structural adhesives – 206 metres for the new model versus 85 metres for the outgoing K900. And with 25 hot stamped parts, the most of any Kia vehicle, the all-new K900 has four times more hot stamping than before. Torsional stiffness increased by 33 percent over the outgoing K900, helping to give the vehicle a more solid and premium on-road feel. 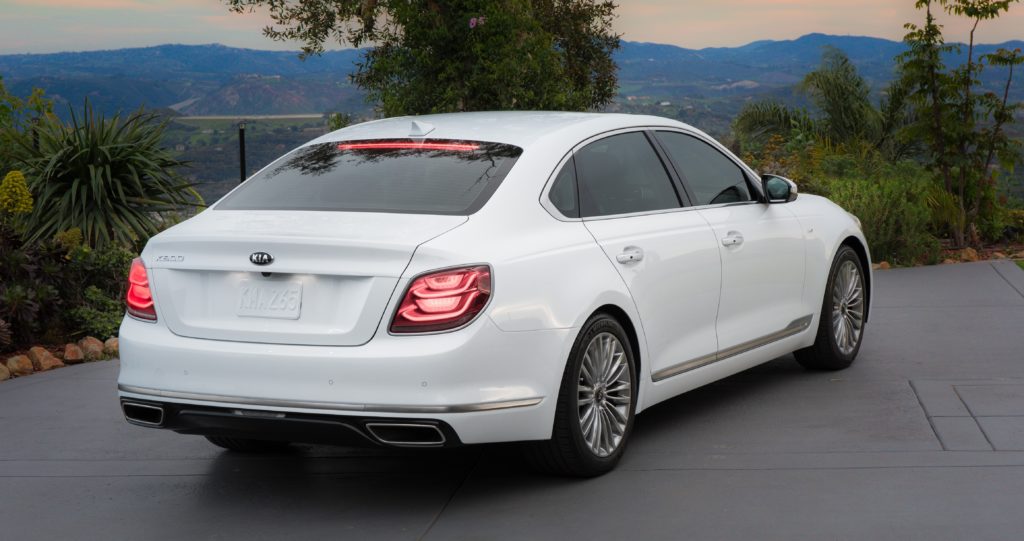 Check out the Kia Proceed Concept, a potential new body type for the Korean automaker.