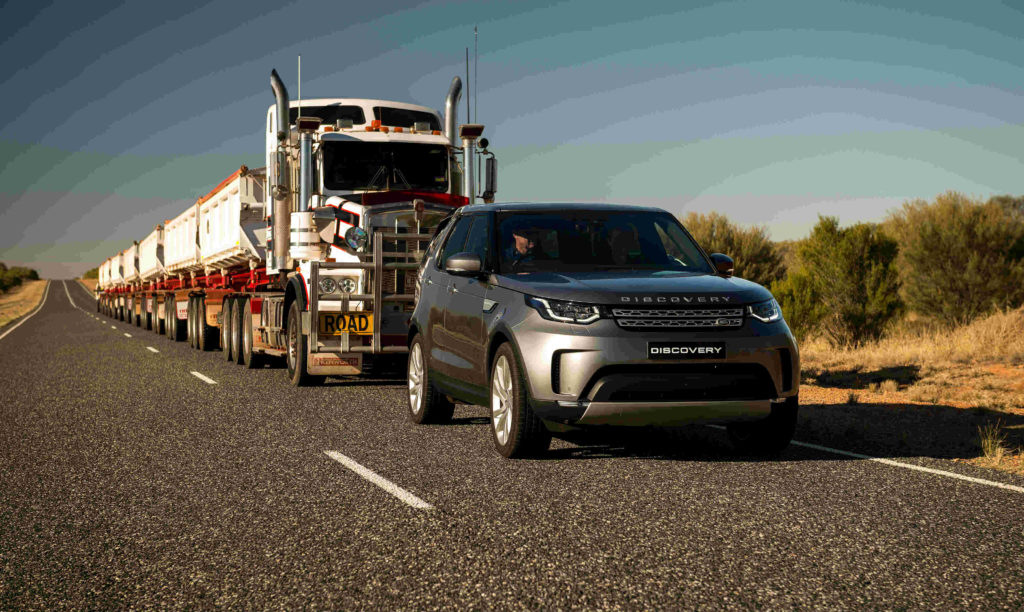 The Land Rover Discovery has taken on a 110-tonne, 100m-long road train and the Australian Outback… and won. The sight of a seven-trailer truck being pulled by an SUV sounds far-fetched, but that’s exactly what happened when Land Rover put the Discovery to the ultimate towing test.

Land Rover completed the impressive display of towing capability by pulling a 100m road train in the remote Northern Territory to announce the arrival of the 2018 model-year Discovery.

The Discovery Td6 has a maximum certified towing capacity of 3500kg on public roads, but successfully towed a 110-tonne road train 16km along a closed section of the Lasseter Highway, thanks to its 258bhp 3-litre diesel engine and four-wheel-drive traction.

Road trains of up to four trailers are only permitted in Australia’s vast Outback regions and typically carry fuel, mineral ore and cattle between remote rural communities. Strict regulations limit their length to 53.5 metres, so Land Rover obtained special permission to pull seven trailers and the 12-tonne tractor unit, retained to operate the hydraulic brakes fitted to the trailers.

The extreme test was carried out using a Discovery Td6 and is the latest in a series of impressive towing demonstrations completed by the Discovery family. At its 1989 launch, the original Discovery I was used to pull a train, and last year the Discovery Sport premium compact SUV towed a trio of rail carriages 25 metres above the Rhine River.

The Discovery used a standard 8-speed automatic transmission and four-wheel-drive system and was hooked up to the road train using a factory-fitted tow bar attachment. The road train itself was even carrying 10 tonnes of ballast in order to hit the magic 110-tonne weight mark. 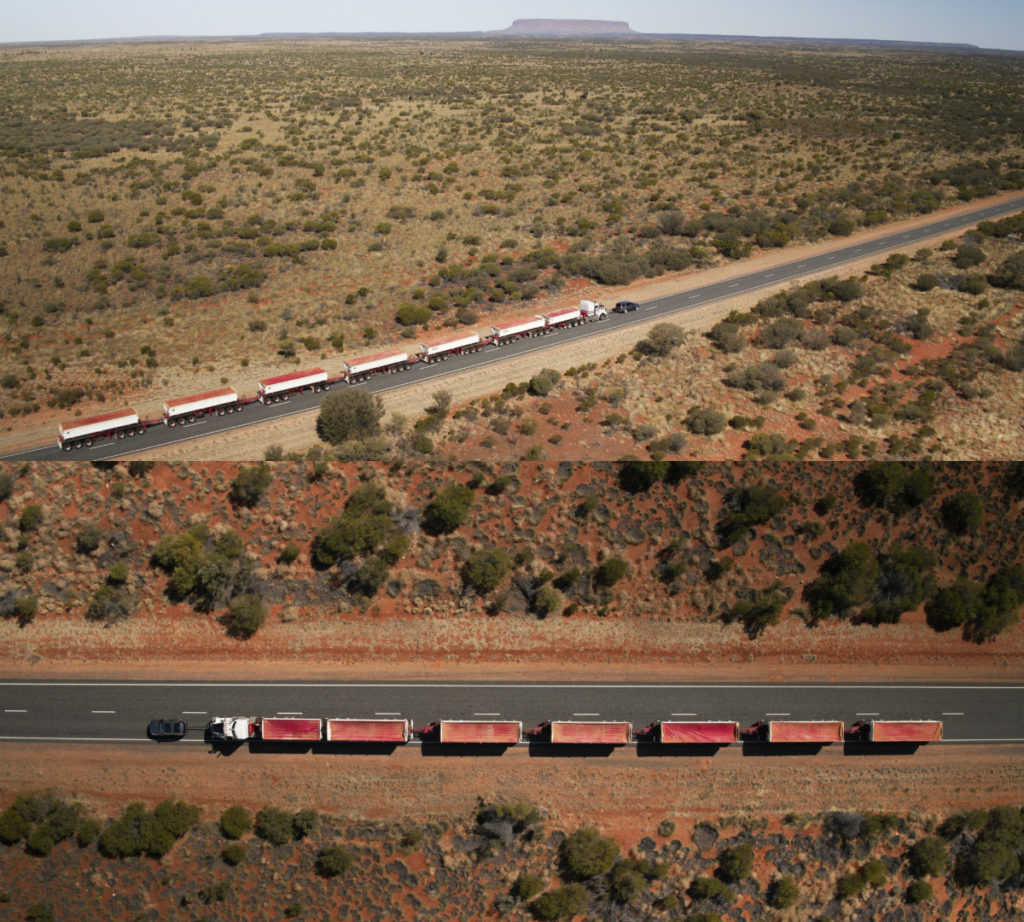 Check out the Discovery customised for celebrity chef Jamie Oliver.