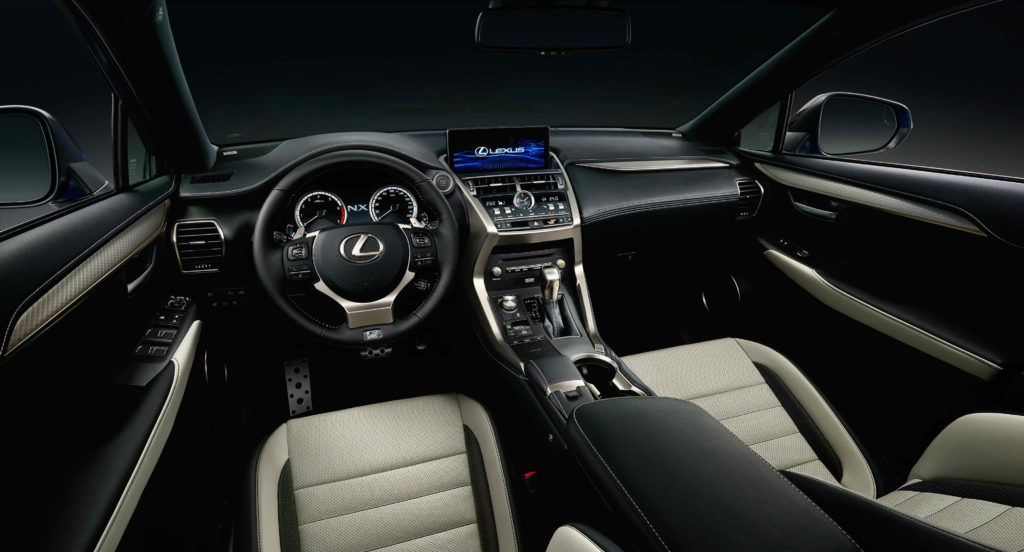 For the 2018 NX, Lexus designers thoroughly enhanced the design essence of the original model, which has garnered universal praise for being one of the best-looking vehicles in its segment.

The entire front fascia of the new NX has been refreshed, with the upper portion of the grille and the front bumpers redesigned to more fluidly blend into the hood and front doors, resulting in a sleeker overall shape and excellent aerodynamics. The new NX’s available AHS-equipped headlamps and triple projectors are similar to those equipped on the LC luxury coupe and help give the NX’s face a sportier aura.

The 2018 NX rear end has received styling touches to help match the sportiness of the front. Two new high-grade aluminum 18-inch wheels have been added to the mix, including a bronze-coloured machine-finished piece.

The interior of the new NX has also been slightly reworked to exude a sportier nature, a more luxurious feel, and with enhanced control interfaces. The first thing you’re bound to notice is the larger display on the center dashboard, which has grown from 7-inch to 10.3-inch.

Also, the design of the climate control panel has been dramatically simplified by replacing the small section of buttons with four easy-to-operate toggle switches adorned with tiny “Ls” on their surface. And rear-seat passengers will now be able to set the temperature in their own compartment via a switch on the rear console. The analogue clock features a cleaner, simpler design than before with an outer ring that’s more pronounced. It has also been slightly enlarged for better readability and now includes satellite control, which automatically sets the time in different time zones.

Nearly all the controls and switches inside the new NX, including the drive mode selector, shift knob and door handles, now have a metallic satin finish, enhancing the premium look and feel of the cabin. Even the audio knob and window switches feature a metallic coating.

On the centre console, the Remote Touch interface pad has been enlarged and redesigned for easier operation, and the palm-rest has been reshaped for maximum wrist comfort. The wireless charger tray has also grown in size to accommodate larger smartphones.

The 2018 NX adds the convenience of a foot-operated rear hatch that can be used when the user’s hands or arms are full, such as when carrying goods. Placing or kicking up one of your feet toward a sensor beneath the rear-bumper cover opens or closes the electrically actuated rear hatch.

Powering the NX300, formerly called the NX200t, will be Lexus’ powerful and fuel-efficient turbocharged 2-litre inline-4, while the NX300h’s hybrid drivetrain will continue with a 2.5-litre inline-4 combined with a pair of electric motors, offering customers class-leading power and fuel economy. Both drivetrains offer customers a richer, sportier engine sound and exhaust note that is reproduced through the speakers by Lexus’ Active Sound Control (ASC).

While the NX’s straight-line performance will essentially remain the same, significant improvements have been made to the vehicle’s suspension tuning to enhance ride and handling. The springs, stabiliser bars and bushings have been retuned for improved turn-in response and steady-state cornering. Also, new shock absorbers improve the quality of the NX’s already smooth ride.

The biggest new change to the NX’s chassis is the Adaptive Variable Suspension (AVS), now based on the advanced system found in the LC500, which offers a range of up to 650 instantaneous compression and damping adjustments (up from 30) to more precisely control overall handling stability and control.

The 2018 NX features reduced noise, vibration and harshness (NVH), thanks to a combination of suspension tuning and the addition of strategically placed sound-deadening within the vehicle’s body. 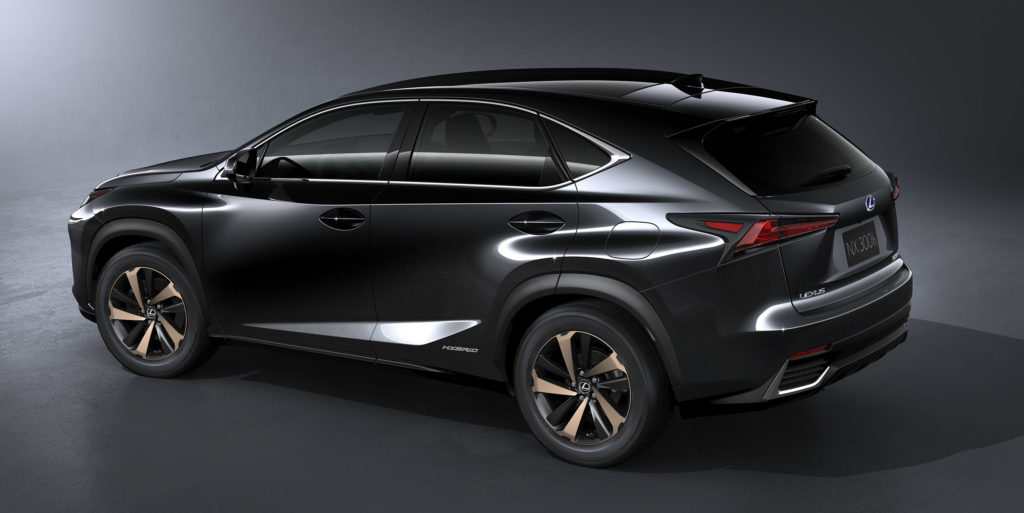