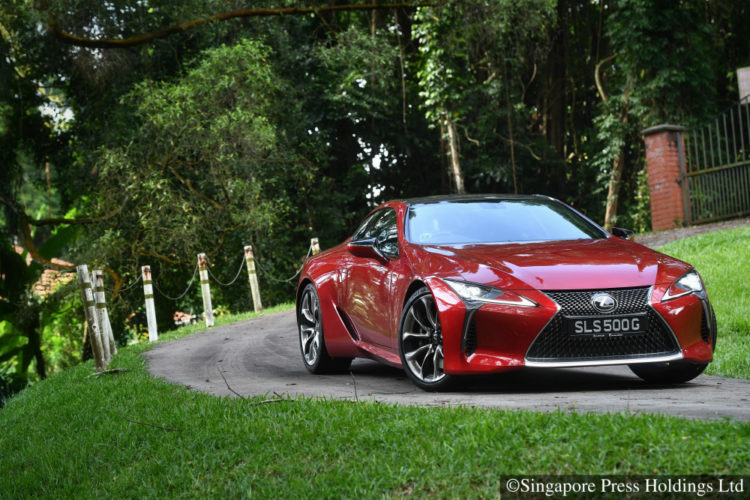 Torque, Singapore’s leading motoring monthly, paid tribute to the best cars of 2017 at the annual ST-Torque Awards 2017 on Tuesday (Jan 16).

In total, 10 cars were picked for raising the bar in their respective segments, with the stunning Lexus LC500 named Straits Times Car of the Year 2017. It was the first such win for Toyota-Lexus, and its local distributor, Borneo Motors.

For the seventh year running, Torque – a monthly motoring title published by SPH Magazines – partnered The Straits Times to select the best new cars of the year, based on a robust voting system that sets the standard for automotive awards in Singapore.

The contenders were rated against their equivalent rivals based on nine criteria: performance, handling, ride, build quality, efficiency/economy, ergonomics, styling, value for money and the X factor.

A panel of 12 judges headed by veteran automotive journalist Christopher Tan deliberated on the merits of each contender before voting.

Mr Tan, consulting editor of Torque and senior transport correspondent at The Straits Times, says: “For what appeared at first to be an uncharacteristically dry year, 2017 actually gave us a number of mouth-watering cars. Cars like the Lexus LC500, Peugeot 3008 and Volvo XC60. The annual ST-Torque Awards pays tribute to them, as well as all the others which have emerged as segment leaders.”

Torque editor David Ting adds: “Thanks to continuous advancements in automotive design and vehicular technology, good cars are being introduced every year without fail. Some of them, however, go beyond ‘good’, by scoring great marks in the score sheets of the ST-Torque Awards and convincing the judges that they are the best cars of the year, in their respective categories.”