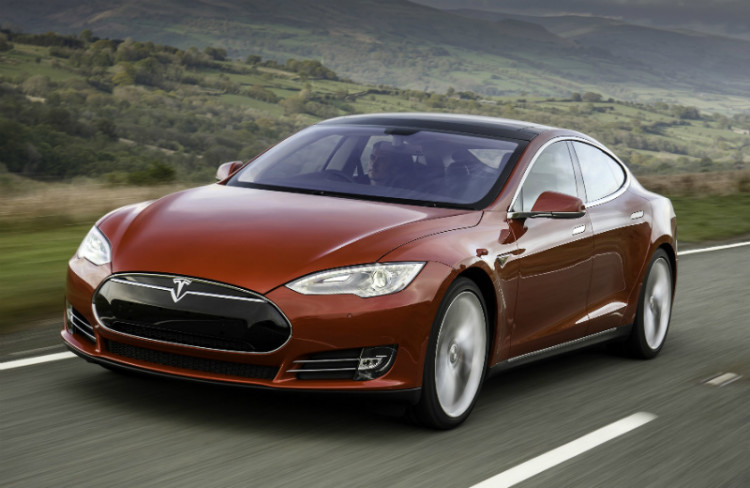 The Land Transport Authority (LTA) is re-examining the case of a Tesla Model S electric car that was slapped with a $15,000 carbon surcharge.

The authority said while all imported used cars must be individually tested, it was working with Tesla engineers to see if the Model S – which qualifies for tax breaks in most countries – was tested correctly in the first place.

The Prime Minister’s Office told The Straits Times that various agencies were looking into the case.

The Model S – the first and only one here – was imported by Mr Joe Nguyen, a 44-year-old senior vice-president with an Internet research firm.

The car was first registered in Hong Kong in 2014, and had clocked about 1,000km before it was shipped here.

The LTA said tests conducted by Vicom Emission Test Laboratory showed the car had a power consumption of 444 watt-hour/km.

After factoring in CO2 emission of 0.5g/watt-hour at the power plants, the car’s emission was deemed to be 222g/km. This puts it in the $15,000 surcharge band in the Carbon Emissions-based Vehicle Scheme.

Tesla Motors has informed the LTA that the Model S’ energy consumption was rated at 181 watt-hour/km when it left the Tesla factory on June 28, 2014.

Hence, a brand new Model S would have qualified for a $30,000 rebate, the LTA noted.

But Mr Nguyen’s car was not new. And according to regulation, all imported used cars had to be tested individually since their efficiency can “vary significantly”, depending on “how they were driven and maintained previously”.

The LTA said it “would not know how much the car’s condition might have deteriorated” otherwise. “We cannot make exceptions as it would not be fair to other car owners.”

It added: “LTA and VeTL will be working with Tesla engineers to look further into this case.”

Peugeot Ion, an electric vehicle model which was previously imported brand new into Singapore, enjoyed rebates in the CEVS A1 band.

This is LTA’s full statement:

The Land Transport Authority (LTA) has been in discussion with Tesla on the recent case of an imported used Tesla Model S, which attracted a $15,000 surcharge under the Carbon Emissions Vehicle Scheme (CEVS).

All imported used cars, including used electric cars, have to be subject to emissions and fuel efficiency tests before they are allowed to be registered for use in Singapore. This is because the emissions and fuel efficiency of a used car, unlike a new car, can vary significantly depending on its prevailing  condition, how it was previously driven and maintained, etc. The imported Model S was first registered in Hong Kong in 2014.

Based on tests run by VICOM Emission Test Laboratory (VeTL), Mr Nguyen’s used Model S had an electrical energy consumption of 444 Wh/km. An emissions factor of 0.5g CO2/Wh was then applied.  This emissions factor, which is based on data provided by EMA, is consistently applied to electric and plug-in electric hybrid cars to account for the carbon emissions produced when the car is being charged. The outcome showed a carbon emissions level which placed this used car into the CEVS C3 surcharge band.

Tesla has informed LTA that based on the car’s original Certificate of Conformity, its energy consumption rating was 181 Wh/km when it left the Tesla factory on 28 June 2014.  LTA confirms that a brand new Tesla Model S would thus have fallen into the CEVS A1 band, and enjoyed a rebate.  However, Mr Nguyen did not bring in a new Tesla Model S, but a used car, and as is the policy for the import of all used cars, must be individually subject to emissions and fuel efficiency tests since LTA would not know how much the car’s condition might have deteriorated.  We cannot make exceptions as it would not be fair to other car owners, and would have an impact on our environment-related policies.

LTA and VeTL will be working with Tesla engineers to look further into this case.

LTA welcomes electric vehicle manufacturers to bring clean and energy-efficient vehicles into Singapore.  An EV model which was previously imported brand new into Singapore is the Peugeot Ion which enjoyed rebates in the CEVS A1 band.