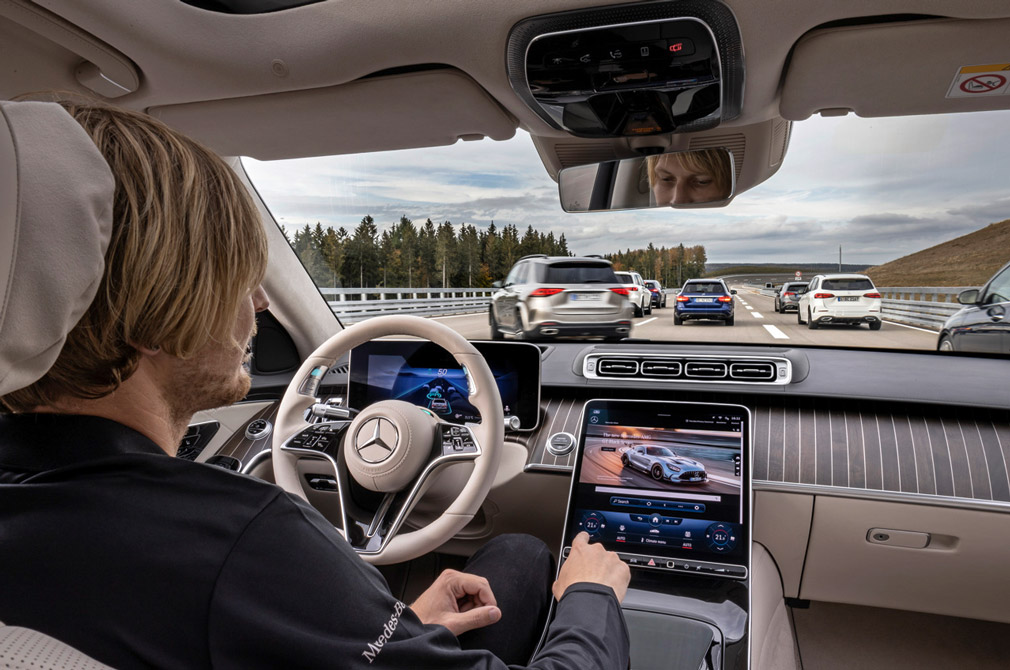 Mercedes-Benz has announced that it is the first automotive company in the world to meet the legal requirements of UN-R157 for Level 3* conditionally automated driving.

The German Federal Motor Transport Authority (KBA) has granted system approval on the basis of the technical approval regulation UN-R157.

It paves the way for offering such a system internationally, provided that national legislations allow it.

Germany opened its Road Traffic Act (StVG) for Level 3 systems in 2017, making it the first country to create a legal basis for the intended use of these systems.

Mercedes-Benz says that the first customers will be able to buy an S-Class with Drive Pilot in the first half of 2022.

Drive Pilot will enable customers to drive in a conditionally automated mode at speeds of up to 60km/h in congested situations on suitable stretches of motorway in Germany.

When Drive Pilot takes over, the driver can perform other tasks on the central display. These include online shopping or checking e-mails in the in-car office. Drive Pilot approval also applies to Mercedes-Benz’s electric EQS model.

Mercedes-Benz’s system is initially available on 13,191km of German motorways. The brand says that the technology will be rolled out “step by step” once there is a national legal framework for conditionally automated driving in additional markets. 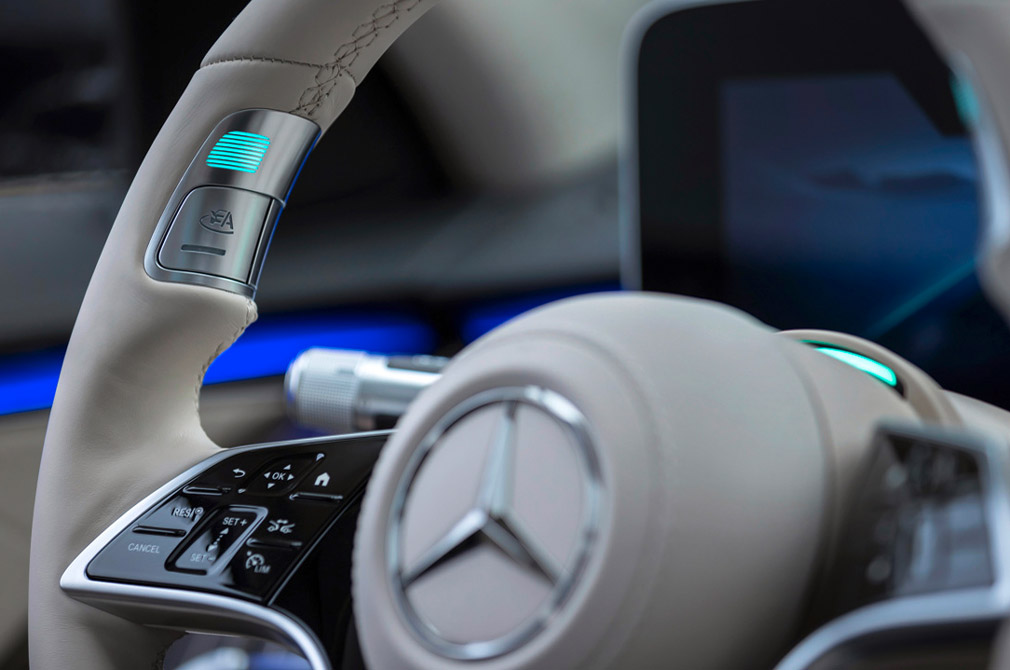 When activated, Drive Pilot controls speed and distance while guiding the vehicle within its lane.

The route, events that occur along it and traffic signs are taken into consideration. The system can react to traffic situations – such as another car suddenly entering the vehicle’s lane – by braking or taking evasive manoeuvres.

Drive Pilot uses the surround sensors of the Driving Assistance Package, and utilises additional sensors required for safe conditionally automated driving. These include LiDar, a camera in the rear window and microphones, which can detect blue lights and other unique signals from emergency vehicles. There is also a wetness sensor in the wheel well.

Apart from sensor data, Drive Pilot gets other information such as road geometry, route profile and traffic events (accidents or roadworks) from a digital HD map, which is updated via a backend connection.

In the event that the driver does not take control of the car even after several prompts and the expiry of the takeover time (due to a health problem), the system can bring the car to a halt in a controlled manner.

The hazard lights will be activated and the doors and windows unlocked to enable access for first responders.

*SAE Level 3: the automated driving function takes over certain driving tasks. However, a driver is still required. The driver must be ready to take control of the vehicle at all times when prompted to intervene by the vehicle.