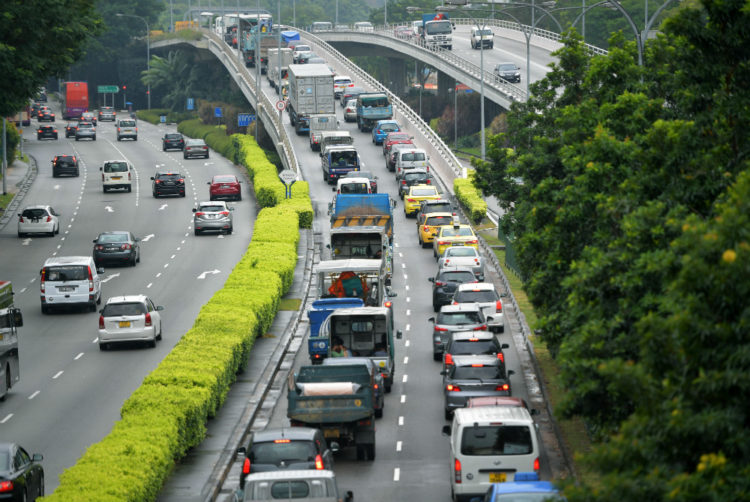 In trying to reconcile the two contrasting trends, the General Insurance Association (GIA) suspects that the rise of private-hire cars may have played a part.

Their drivers may have contributed to more accidents. Also, since they typically pay higher amounts out of their own pocket while making a claim, they are unlikely to claim for minor accidents.

The association said it is investigating the reasons behind the higher number of accident reports.

GIA chief executive Derek Teo noted that there are more private-hire cars on the road and many of their drivers are young and inexperienced.

“This emerging trend could contribute to the increased number of accident reports. We will find ways to capture data relating to this segment of drivers.

“If our suspicion is right, we will engage with relevant stakeholders and the authorities to address the issue,” said Mr Teo.

In recent years, the number of Uber and Grab drivers has soared.

The insurance excess, or the sum the claimant pays when making a claim on a car insurance policy, is usually high for private-hire cars. The sum ranges between $2500 and $5000, compared with between $750 and $3000 for normal cars. This may discourage some private-hire cars owners from claiming for minor accidents.

The GIA said it is unlikely that the rise in accident reports will lead to higher premiums for all motorists.

Mr Teo said: “We will find out what are the trigger points for the increased number of accident reports and apply pricing changes for the specific segment of drivers, if necessary.”

Ms Koh Yen Yen, Sompo Insurance Singapore’s chief distribution officer, said that drivers who intend to use their cars for private hire must ensure that the insurance policy allows the vehicle to be used for hire and reward.

The motor insurance industry stayed profitable, with underwriting profit at $87.4 million, down 27.7 percent from 2015. The motor loss ratio was 53.9 percent, meaning that, for every dollar of earned premiums, 53.9 cents were paid out in claims last year.

This has remained relatively stable for the past three years, as a result of insurers managing claims better, said the GIA.

But underwriting profit fell by 17 percent to $257.6 million.