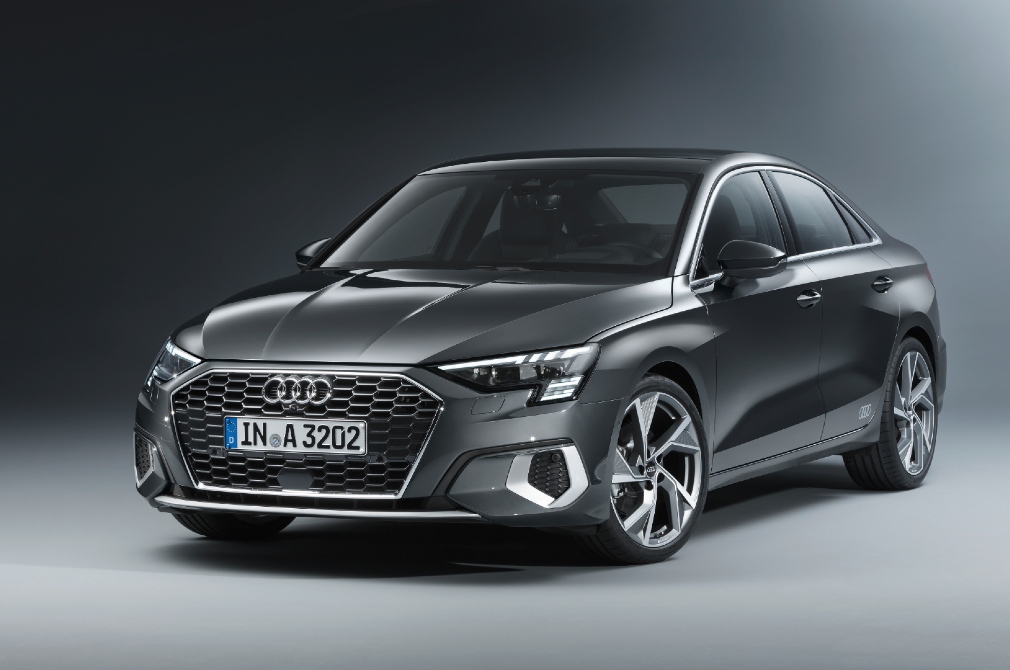 Following the introduction of the Audi A3 Sportback (hatchback) last year, the new Audi A3 Sedan has now joined the range.

The Sedan is now in its second generation. Like the A3 Sportback, the carmaker says that the Sedan is also “digitally and fully connected” from the infotainment to the assistance systems.

Compared to the last model, the new Audi A3 Sedan is 40mm longer, 20mm wider and 10mm taller. The wheelbase remains unchanged.

Despite this, Audi says that there is 20mm more headroom than before – but only because the driver’s seat is placed lower. The new car is about as practical as before, as it still has a 425-litre boot capacity. 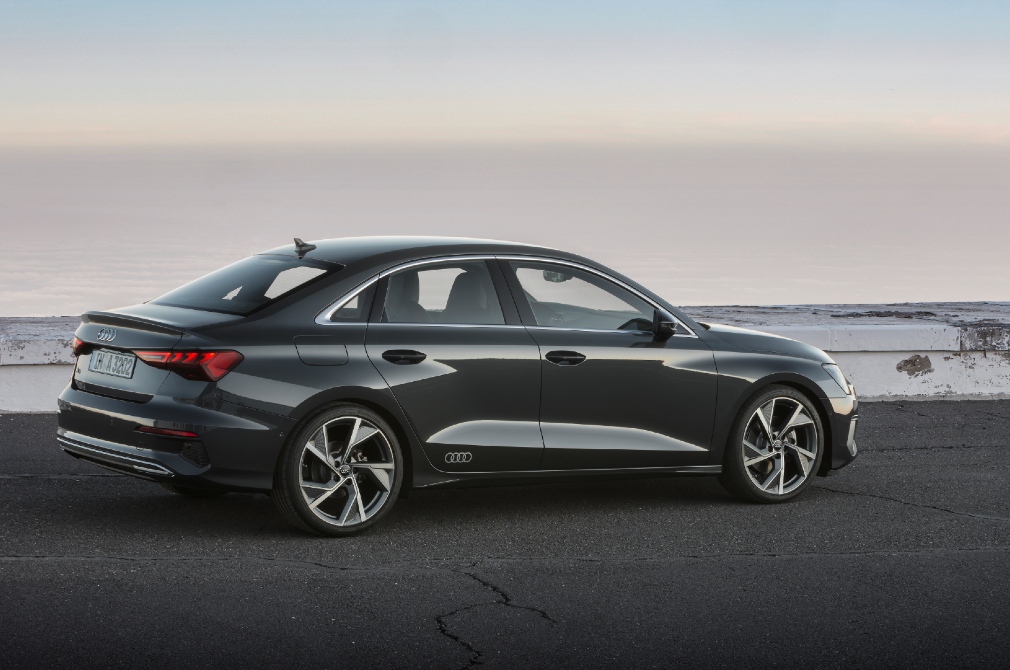 The Audi A3 Sedan has sharper lines and more angles than before. The range-topping variant will have Matrix LED headlights with new digital DRLs (daytime running lights).

These DRLs consist of pixel arrays made up of 15 LED segments that can be individually activated. This gives various versions of the A3 Sedan a specific light signature.

Designers have worked on the car’s aerodynamics, too. For instance, thanks to electrically controlled air inlets behind the grille, the 2-litre TDI version has a 0.25 Cd, which is 0.04 Cd less than before.

In addition, the paneled underbody, exterior mirrors with improved aerodynamics, and the active brake cooling reduces air resistance and makes for a more streamlined vehicle. 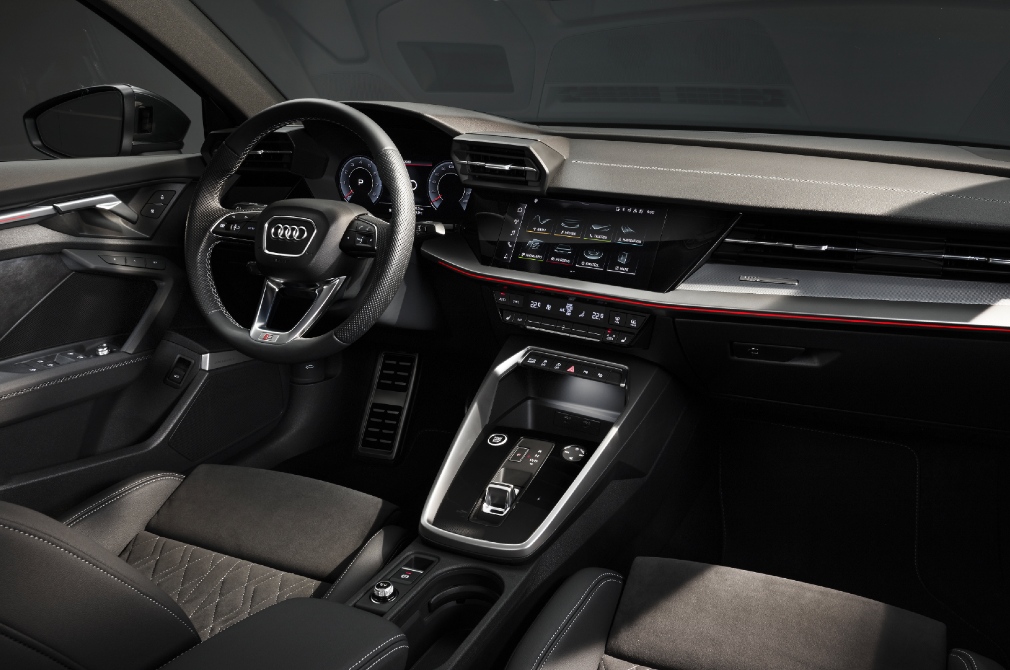 Audi says that the A3 Sedan has a driver-focussed and high-tech cockpit.

Key features include a dashboard that’s angled towards the driver, MMI touch display with handwriting recognition, and a 10.25-inch digital instrument cluster.

Optionally available is Audi virtual cockpit plus. It has a larger 12.3-inch instrument panel and lets the driver choose from three different layouts. A heads-up display, which projects pertinent driving info onto the windscreen, can also be specified.

Infotainment-wise, the range-topping system in the Audi A3 Sedan is the third-generation MMI Navigation plus. Audi says that the system’s computing power is 10 times higher than the predecessor’s.

MMI Navigation plus has numerous Audi connect services as standard. These include online traffic information, news and even photos. As with many modern cars, Apple CarPlay and Android Auto are standard.

The Audi A3 Sedan is equipped with several useful driver assistance functions. These include collision avoidance assist, adaptive cruise assist and efficiency assist.

The latter helps improve fuel economy by telling drivers when to take their foot off the accelerator. 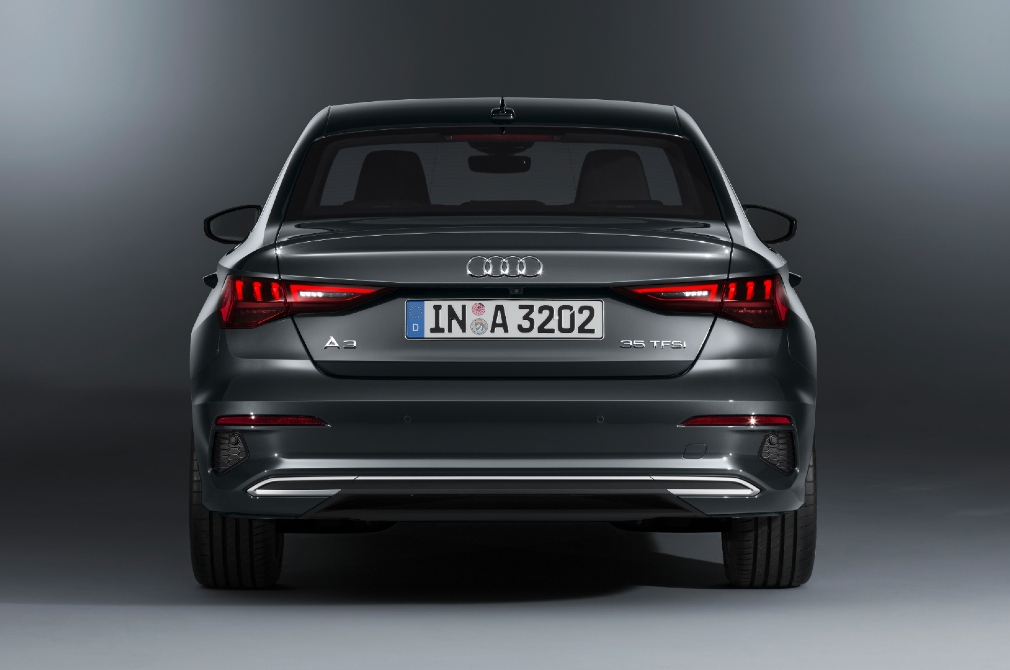 The new A3 Sedan is currently available with a choice of three engines – two petrol and one diesel.

Powering the A3 Sedan 35 TFSI is a turbocharged 1.5-litre inline-4 producing 148hp (150PS). It is paired to either a newly developed 6-speed manual or 7-speed S tronic dual-clutch gearbox.

When paired with the S tronic transmission, the A3 Sedan 35 TFSI uses a 48-volt mild hybrid system.

This recovers energy during braking, delivers up to 50Nm when driving off and accelerating from low speeds. It also lets the Audi A3 Sedan coast with the engine switched off under certain conditions.

The new A3 Sedan’s suspension is tuned to be more precise than before. Audi says the precision and reaction speed is thanks to the central dynamic handling system. It ensures optimal interaction between all the components relevant to the transverse dynamics.

A sport suspension, and a suspension with controlled dampers are also available. 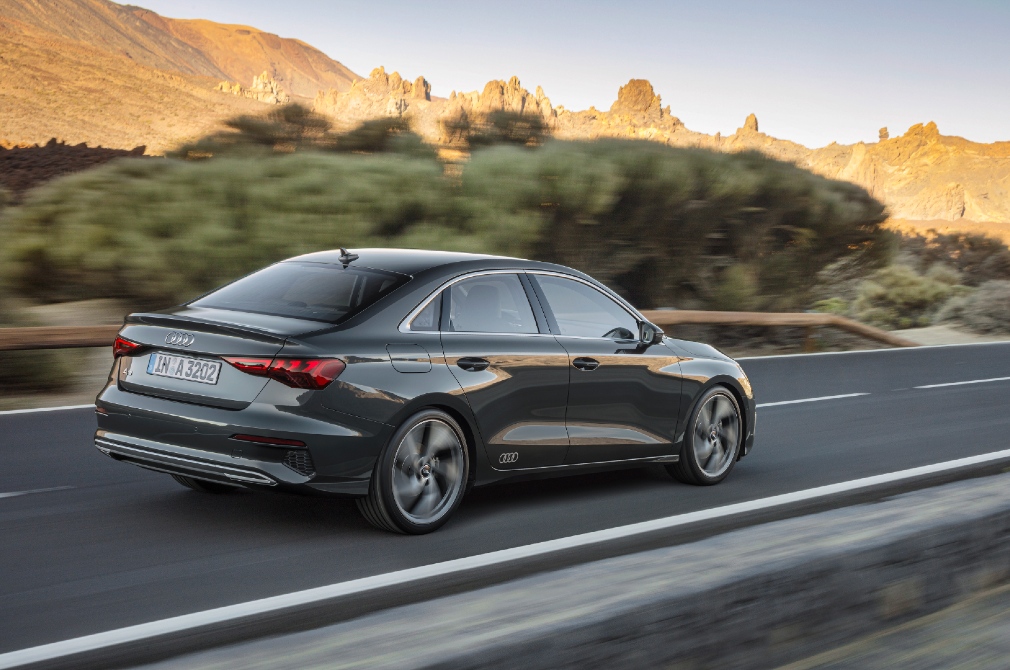