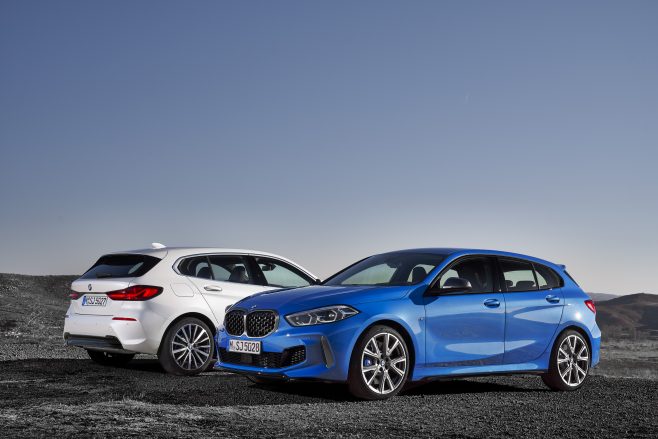 BMW has given its baby 1 Series hatchback more power and a larger interior, sprinkled with plenty of tech on the inside.

It also gets front-wheel-drive (FWD) technology for the first time, which BMW says hasn’t dampened the car’s sportiness at all.

Available as a five-door model only, the all-new, third-generation BMW 1 Series is actually 5mm shorter than its predecessor at 4319mm.

Its wheelbase, meanwhile, has contracted 20mm to 2670mm compared to the second generation.

One of the obvious changes BMW made externally is to the kidney grille, which is now larger and merges in the middle instead of being separate pieces. 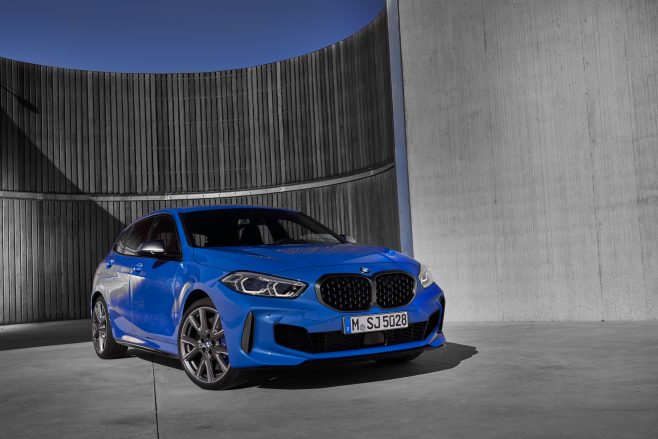 The new BMW M135i xDrive, one of two petrol models available at launch.

Its sheetmetal now features more angular styling on its flanks and haunches.

At the rear is a broader lower section and slender lights that bring the 1 Series in line with modern BMW styling.

If you want to spec larger wheels, you can, with the range starting from 16 inches all the way to optional 19 inch wheels for the first time.

A whole raft of electronic wizardry gets shoved into the 1 Series, ranging from BMW Intelligent Personal Assistant (sort of like Siri for the car), and the optional BMW Digital Key.

The latter function lets you open the car using Near Field Communication (NFC) and your phone.

Apple users need not apply as it only works on “top-spec” Samsung Galaxy models running Android 8.0 and above. 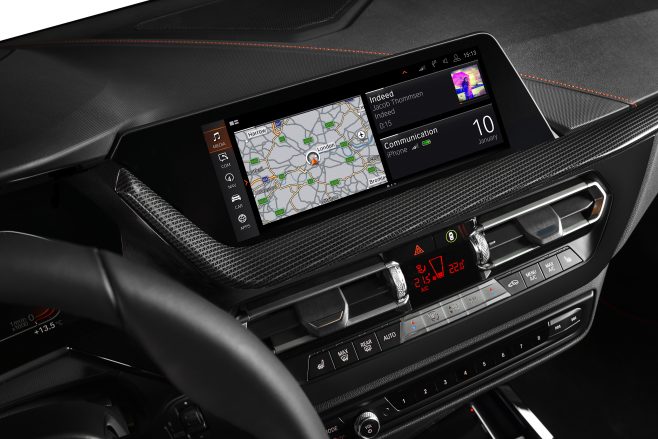 Despite the shorter wheelbase, BMW says the interior of the 1 Series is much roomier especially in the rear.

Getting in is easier, thanks to a 33mm increase in kneeroom for the rear passengers.

There’s an extra 19mm of headroom if the outward-opening sliding panoramic sunroof is specced.

Your grocery run will now fit better in the boot, which swells 20 litres to 380 litres while folding down the rear seat bench increases it to 1200 litres. 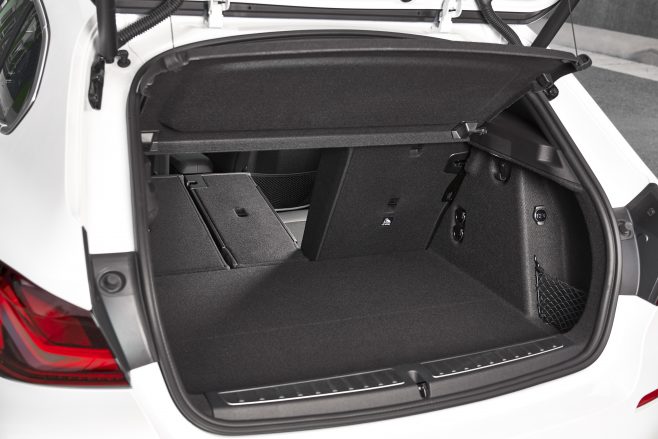 The FWD nature of the new 1 Series is its most talked-about feature, and BMW has taken pains to keep it as close to being a true driving machine as possible.

Taken from the BMW i3s, the system (which comes as standard on the 1 Series) allows wheel slip to be more finely controlled.

ARB uses a slip controller that is positioned directly in the engine control unit rather than in the control unit for the DSC (Dynamic Stability Control) system.

“Eliminating the long signal paths means that information is relayed three times quicker, while the driver perceives wheel slip being brought under control up to ten times faster,” BMW said.

At launch will be three diesel and two petrol engine choices. 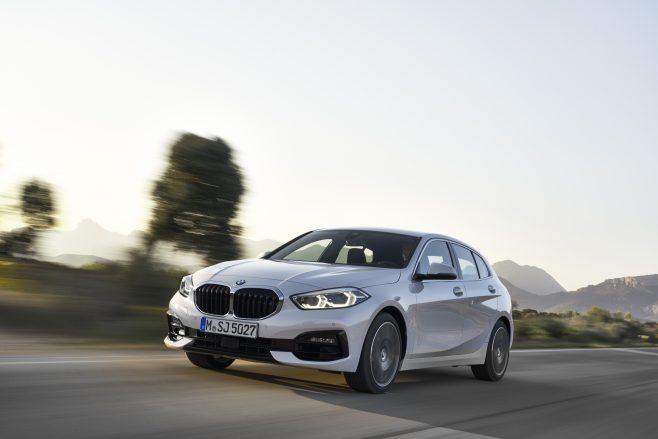 Out of the latter two, there’s a 306hp, 450Nm turbocharged four-pot in the new M135i xDrive, which also gets a Torsen limited-slip differential and which BMW calls the “most powerful four-cylinder” in its line-up.

There’s also a 118i, which gets a three-cylinder motor with 140hp and 220Nm of torque, mated to a dual-clutch seven-speeder.