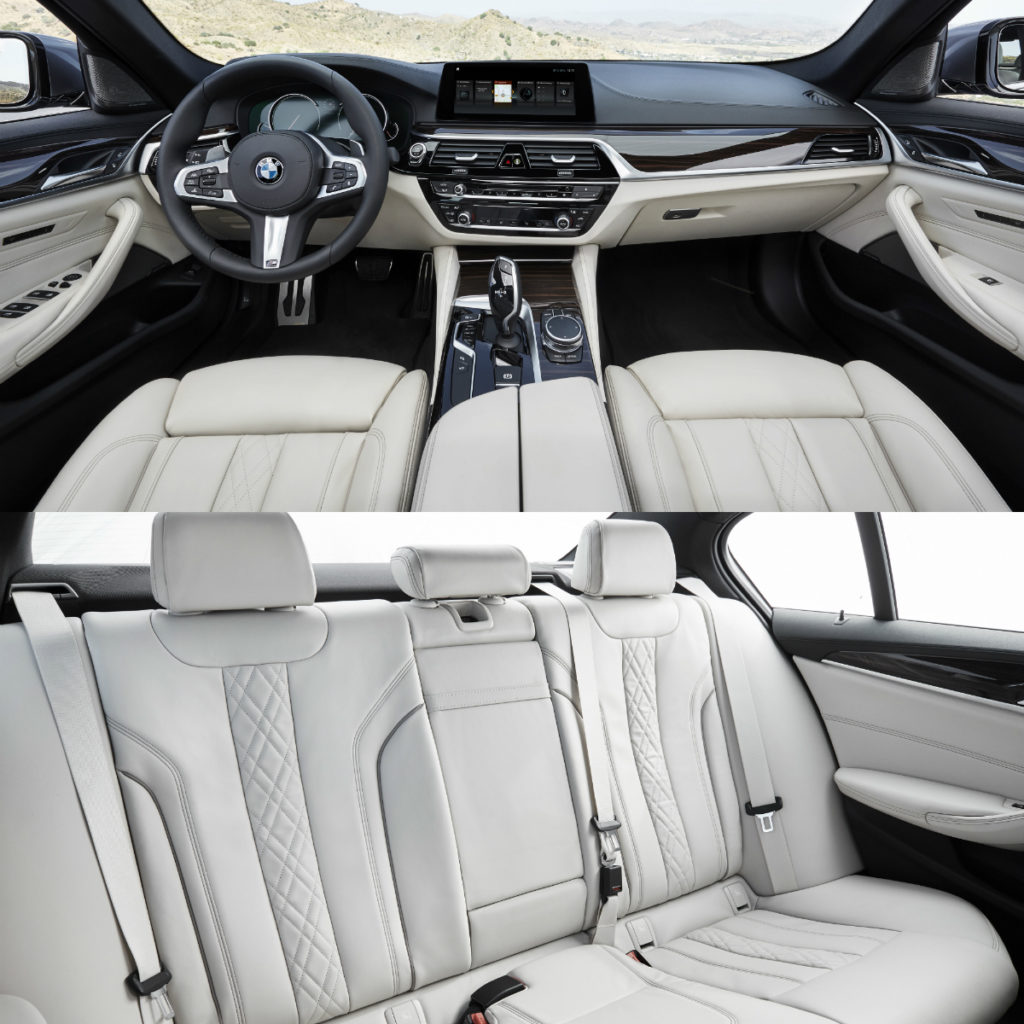 The seventh generation of the BMW 5 Series will cut a sporty, elegant and stylish figure when it goes on sale worldwide in February 2017. Further enhanced dynamics, an unbeatable lineup of assistance systems, an unmatched degree of connectivity, and a new and innovative operating system are the most important new features.

The new 5 Series therefore has all the tools it needs to continue the remarkable success recorded by its predecessors – more than 7.6 million 5 Series cars were sold across its first six generations.

Rigorous application of the BMW EfficientLightweight design concept, with increased use of aluminium and high-strength steels, reduces the weight of the 5 Series saloon by up to 100kg from that of its predecessor.

The newly designed chassis, a low centre of gravity, BMW’s hallmark even weight distribution and a lightweight body offering exceptional torsional stiffness combine a wonderfully dynamic driving experience with the long-distance comfort for which the 5 Series is renowned. Various chassis options such as Integral Active Steering, which can now be teamed with xDrive intelligent all-wheel-drive, add further talents to a dynamics-focused overall package.

A wealth of assistance systems are on hand in the newcomer to offer the driver unbeatable support – not only at critical moments, but also in less demanding situations at the wheel such as traffic jams, slow-moving traffic and monotonous stretches of motorway. To this end, it is fitted as standard with a stereo camera, which teams up with optional radar and ultrasound sensors to monitor the area around the car.

Other new features alongside the Evasion Aid and Crossing Traffic Warning are the Lane Change Assistant and Lane Keeping Assistant with active side collision protection. The latter keeps an eye on the lane markings and the area around the car, and actively helps the driver to avoid looming collisions by applying corrective steering inputs.

With even greater user-friendliness as its goal, the new 5 Series is equipped with the latest-generation iDrive system. In top specification, it displays navigation, telephone and entertainment features, plus vehicle functions, on a high-resolution 10.25-inch screen.

The system can be operated using the iDrive Controller, by voice command or gestures, or by touching the display controls directly, as the driver wishes. The large, tile-style panels can be arranged as desired and show the content of the underlying menus in constantly updated form.

The latest-generation full-colour BMW Head-Up Display has a projection surface that is 70 percent larger than before and displays traffic signs, telephone listings, radio stations, music tracks, navigation instructions and warnings from the assistance systems.

The latest 5 Series also offers a compelling proposition in terms of connectivity. Extensive BMW ConnectedDrive features are joined by new services which lavish business travellers with extra comfort and save them time. The optional Remote Parking system, for instance, allows the car to be manoeuvred into even the tightest parking spaces remotely using the car key. And smartphone integration has been further improved – from Apple CarPlay (which, in a first for a carmaker, has been incorporated fully wirelessly), to inductive phone charging and the Wi-Fi hotspot for up to 10 devices.

All the engines in the all-new 5 Series range belong to the newly developed, modular BMW EfficientDynamics family of power units. BMW TwinPower Turbo technology imbues all the members of the family with outstanding performance combined with exceptional efficiency.

Two diesel engines and two petrol engines will be available from launch, working in tandem with either rear-wheel-drive or BMW xDrive intelligent all-wheel-drive. 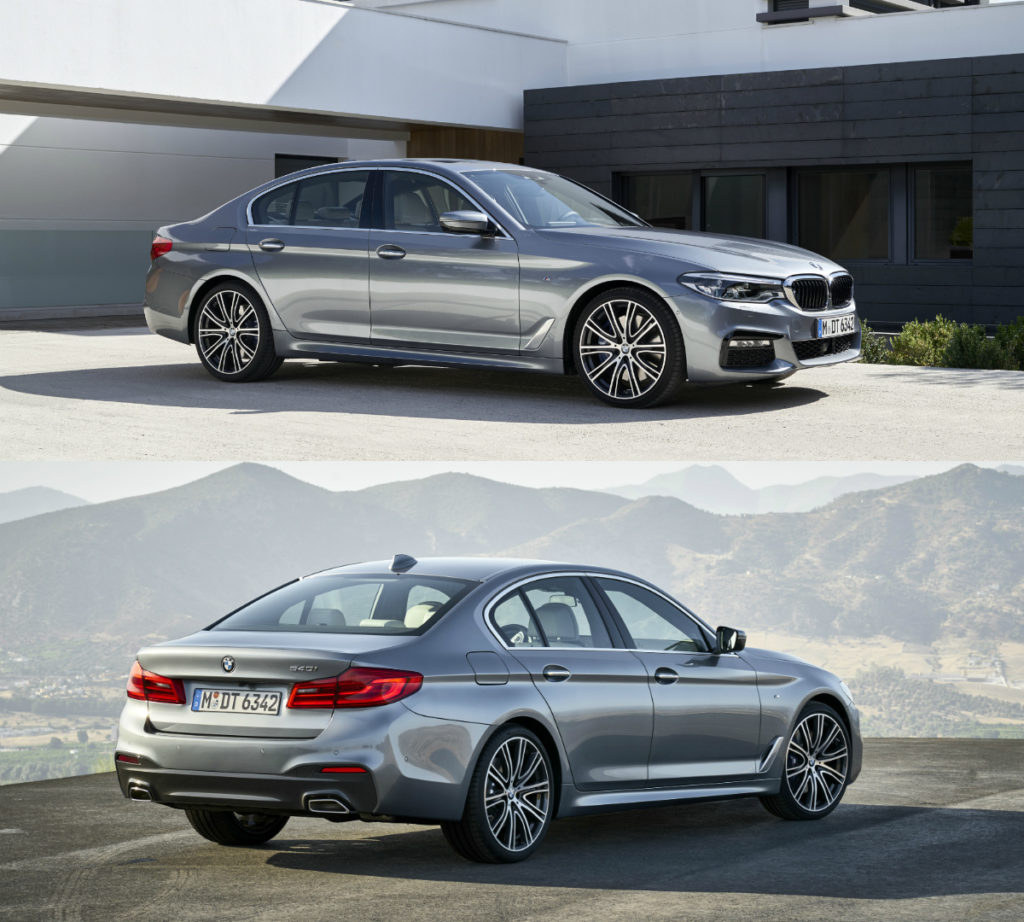 Read our review of the F10 BMW 5 Series.

We drive five generations of the BMW M5.