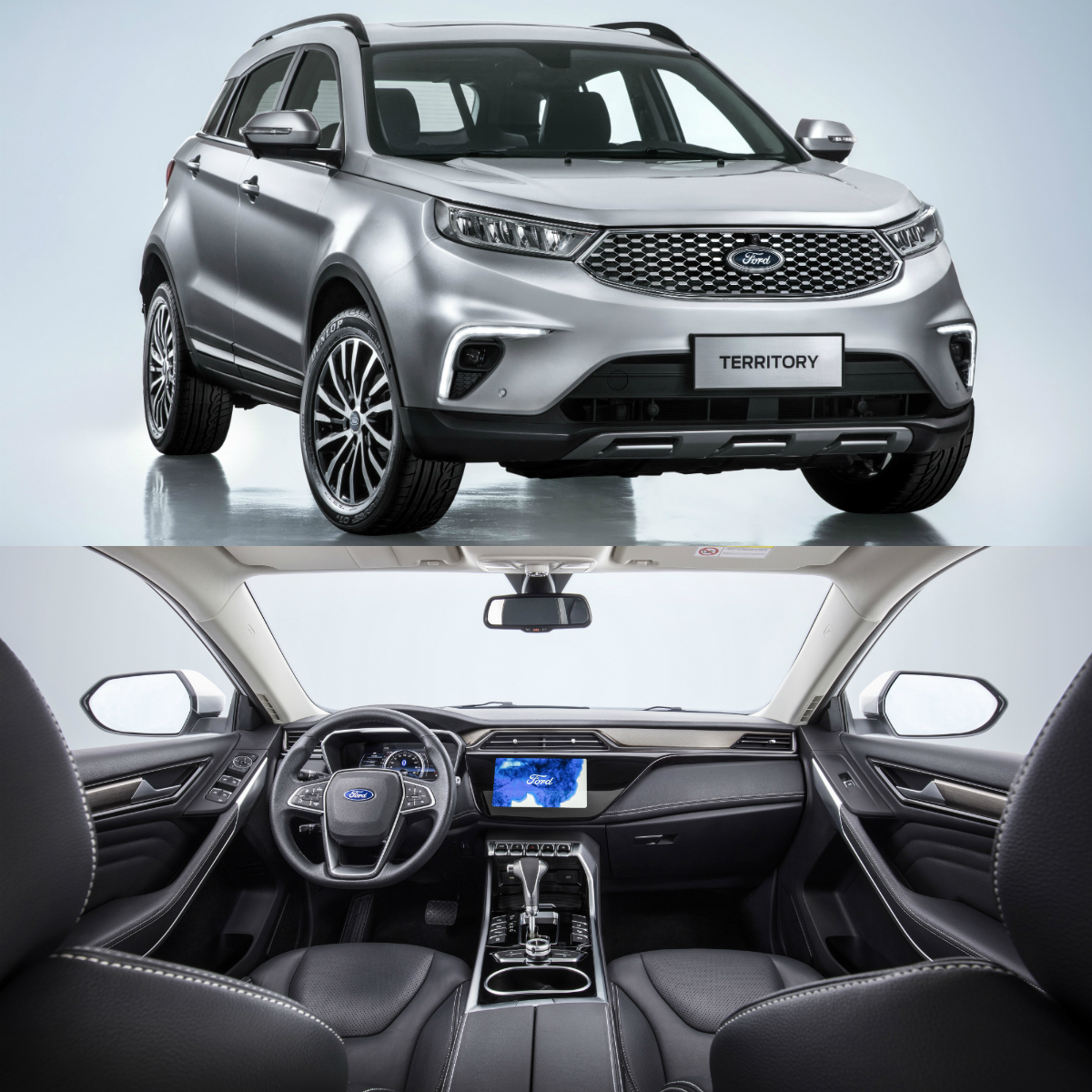 JMC provided insights into Chinese customers’ lifestyles and product preferences, while the Ford team leveraged its global expertise to design, engineer, and test the Territory at Ford’s testing centres in Nanjing, China and Melbourne, Australia. The all-new SUV will be manufactured at JMC’s Xiao Lan plant, which meets Ford’s meticulous global manufacturing standards.

When the new Territory goes on sale in early 2019, customers can choose between a fuel-efficient gasoline engine option, 48V mild hybrid with Miller-Cycle technology, and a plug-in hybrid powertrain.

For the first time, Chinese customers will be able to purchase a very competitive Ford passenger car in the entry-level, mid-size SUV segment at an affordable price.

The Territory further expands the Ford SUV family lineup, which is made up of EcoSport, Kuga, Edge, Explorer and Everest, to further meet the diversified needs of Chinese consumers in mainland China. The latest Territory is part of Ford’s China 2025 plan to launch more than 50 new vehicles in the country by 2025.

“The Territory is a breakthrough for Ford in China in terms of our ability to successfully compete with Chinese automakers for millions of customers that we do not currently serve,” said Peter Fleet, president, Asia Pacific and chairman & CEO, Ford China. “Territory is a key proof point for how we will grow in China. We brought Territory to market with speed, high quality and cost efficiency. It will be affordable for young families and new buyers across China, not just the coastal mega-cities. And the technology will delight customers.”