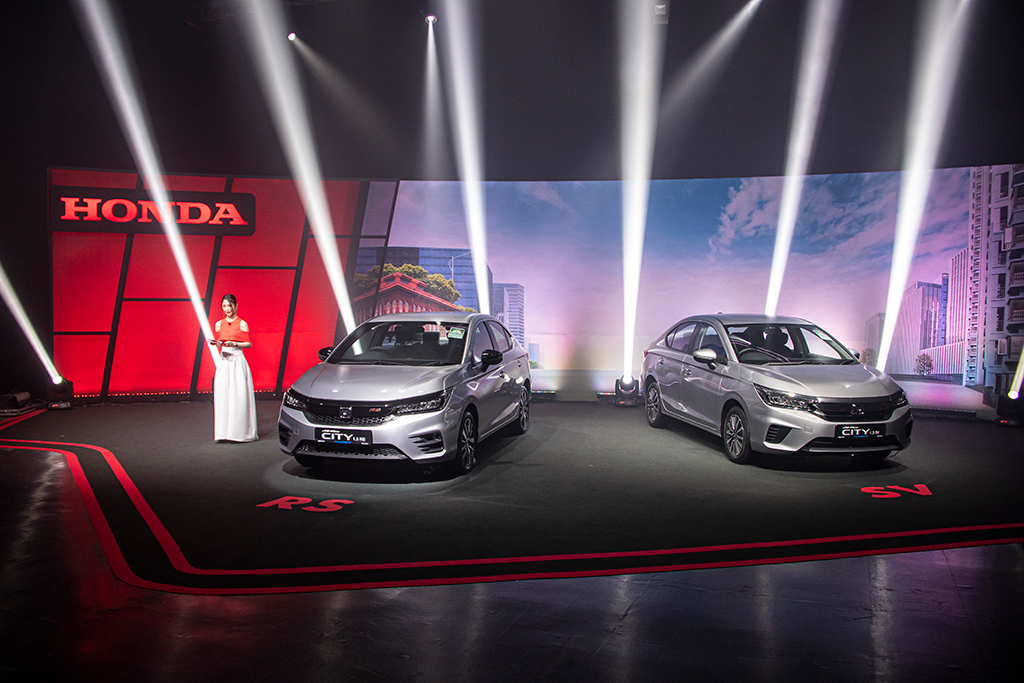 The all-new Honda City is now available in Singapore.

Launched by official agent Kah Motor, the new Honda City is available in SV and RS variants, with prices currently starting from $89,999.

Honda wanted the new City to be an “ambitious sedan” and the styling reflects this, as it is clearly inspired by the larger Honda Civic and Accord models.

The new City is has more road presence than before as it is longer, lower and wider than the older model. Its overall length has increased by 111mm, and it has been given a more prominent nose, too. 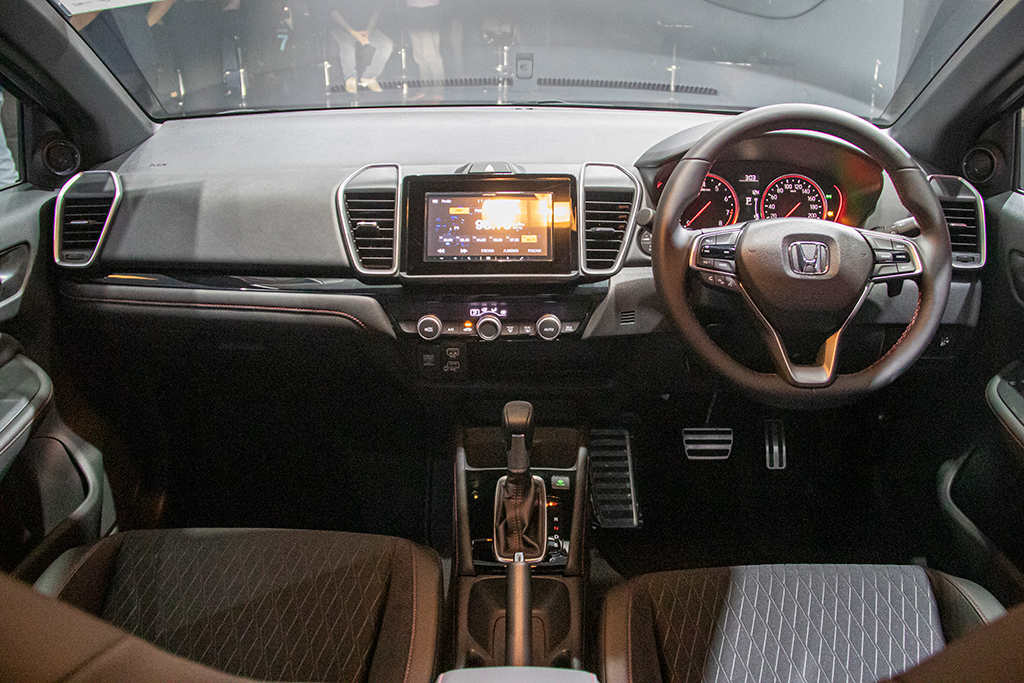 Although the Honda City’s 2600mm wheelbase is maintained, the carmaker says passengers will have more space and comfort than in the previous City.

Much of this has to do with the thinner front seat backs, which increase knee space for rear occupants. The span of the front seat rail has also been extended to enhance foot space.

To better cool the cabin, the rear air-con vents’ airflow has been increased by over 12 percent. 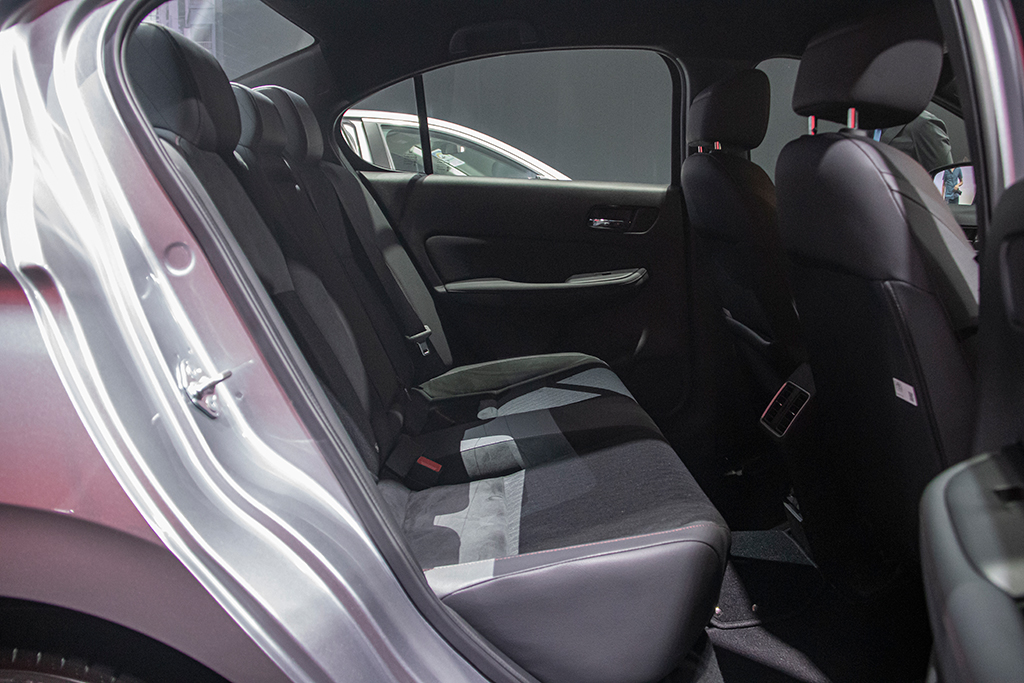 Its frame is built from ultra-high tensile strength steel for rigidity, and Vehicle Stability Assist (traction control) and Hill-Start Assist are standard.

Outward visibility has also been improved thanks to the new wing mirror design. Because they are mounted lower and slightly away from the body, the blind spots on the A-pillars have been reduced.

The 7-inch infotainment system is equipped with a multi-angle rear-view camera to aid parking manoeuvres. It also comes with Apple CarPlay and Android Auto. 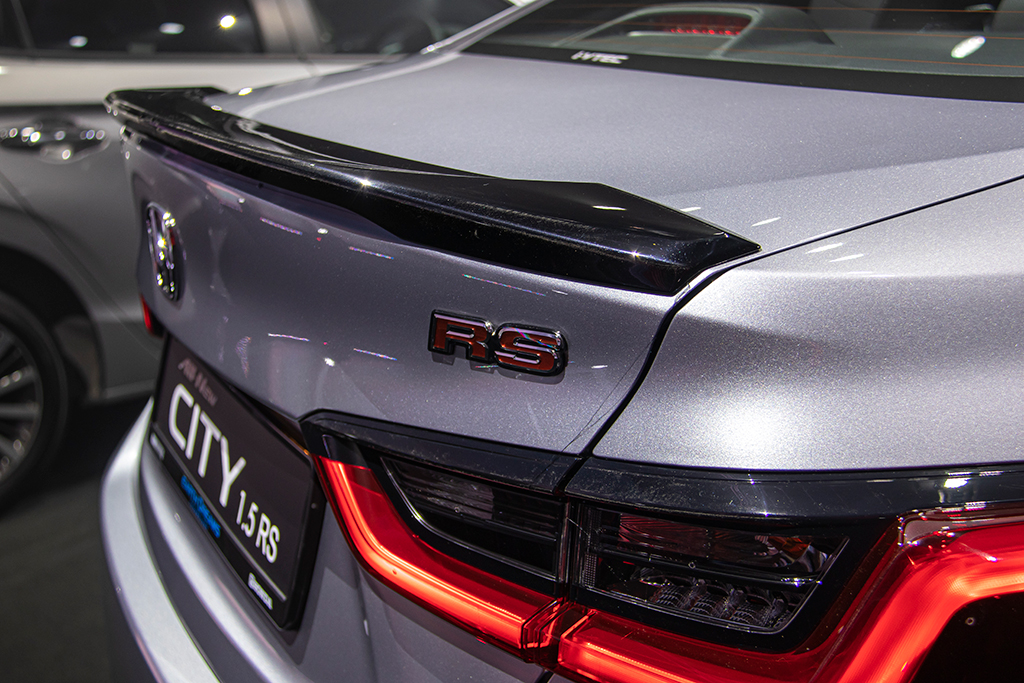 A CITY FIRST – AN RS VARIANT

For the first time, the Honda City is being offered in a sportier RS variant.

The City RS comes with Ignite Red and Black High-Gloss details on the grille, wing mirrors and rear spoiler. Inside, sporty touches include soft pads with red stitching, along with alloy pedals and paddle shifters.

Read our review of the previous Honda City here!