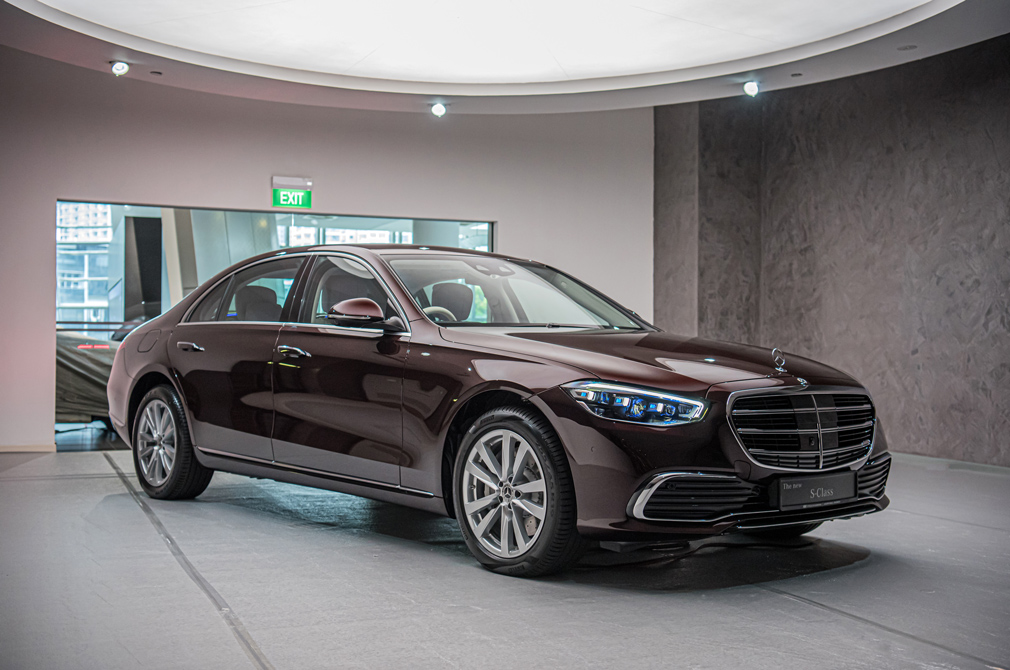 The all-new Mercedes-Benz S-Class is now officially in Singapore.

This limousine, which is the carmaker’s flagship model, is also the best-selling luxury saloon globally.

The S-Class is currently available as the S 450L (long-wheelbase) and is priced from $502,888 including COE. A plug-in hybrid variant, as well as a hotter AMG model, will follow in due course.

The new Mercedes-Benz S-Class is larger than its predecessor. It is 34mm longer, 12mm taller and its wheelbase has been stretched by another 51mm.

Design-wise, the latest S-Class still bears some resemblance to the previous model. The grille, however, is much larger and hosts an even bigger sensor panel. And the S-Class is the first car in the world with Digital LED headlights. 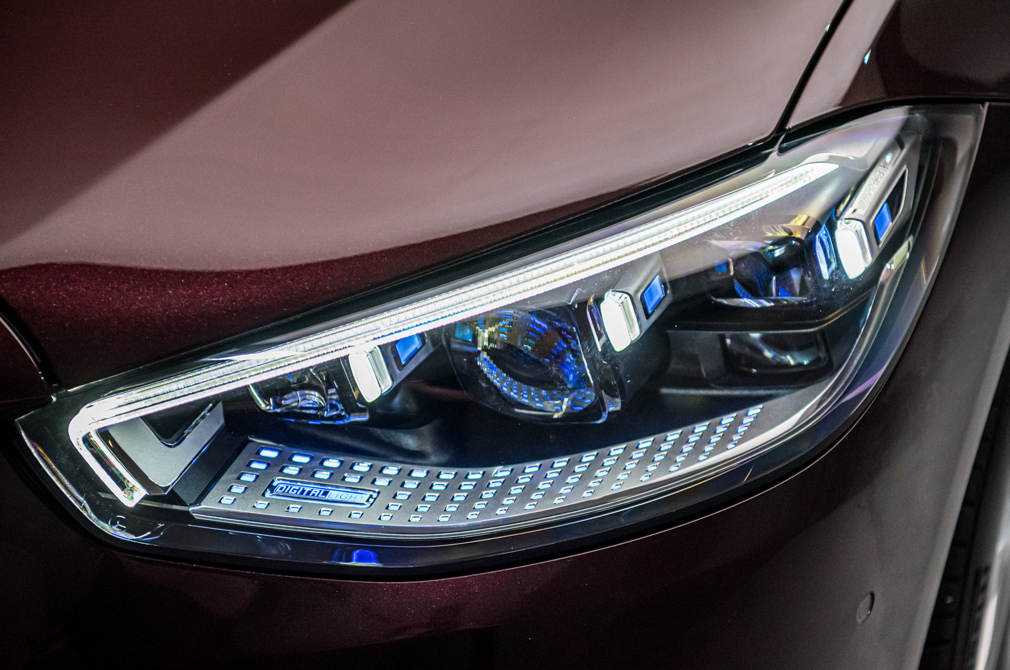 Digital LED headlights can project symbols onto the road to warn the driver of construction works ahead. They can also project arrows to help the driver navigate.

This feature, however, has not been locally approved. Once approval is given, it can be enabled following a software update.

Also new are the retractable door handles. When the car is locked, these will pop out when the driver with the key in his pocket approaches the vehicle.

A 12.3-inch display acts as the instrument panel, while the highlight of the interior is the 12.8-inch tablet-like centre screen. Here, users can access everything from climate to media to navigation.

MBUX can also work as an owner’s manual. Drivers can ask it to explain vehicle functions, to help them better understand the car. 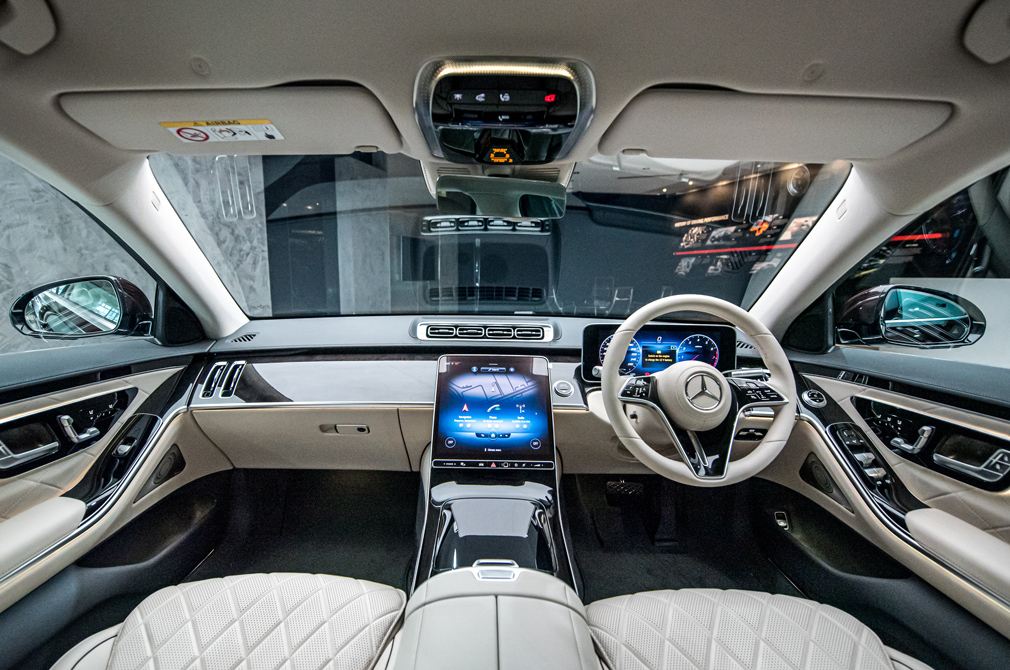 MBUX Interior Assist is also available. Using cameras in the overhead panel to detect motions such as hand movements and body language, the system can for instance, open the sunroof when the driver makes a backward waving motion with his or her hand.

Active ambient lighting is another innovation in the new Mercedes-Benz S-Class. Apart from glowing blue or red when the air-con temperature is decreased or increased, it also works conjunction with the safety systems.

If a passenger reaches to open their door, but a cyclist approaching from behind is detected, the active ambient lighting will flash to warn the user.

It also works in conjunction with the new MBUX system, which also recognises who is talking to it. So, if the front passenger says “Hey Mercedes”, the light strip in front of him will show a wave pattern while the system replies. 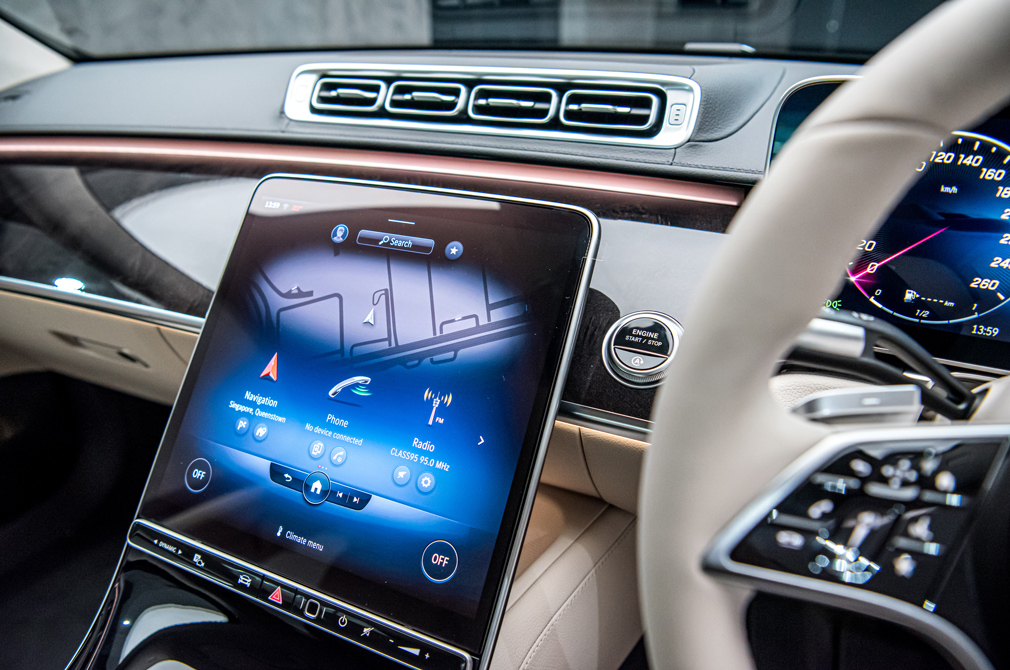 The latest Mercedes-Benz S-Class comes with Airmatic (air suspension as standard). Drivers can specify E-Active Body Control, a feature that raises the car’s ride height by 80mm in under a second when the system detects that an unavoidable side impact is imminent.

Mercedes says that raising the car’s body enables it to better absorb the crash, helping direct energy away from occupants.

Another option is the rear-axle steering system. Depending on the driving situation, the rear wheels will either be steered in the same or opposite direction of the front wheels.

At low speeds, for instance, the wheels are turned in the opposite direction. When making a U-turn, the turning circle can be reduced by up to two metres. 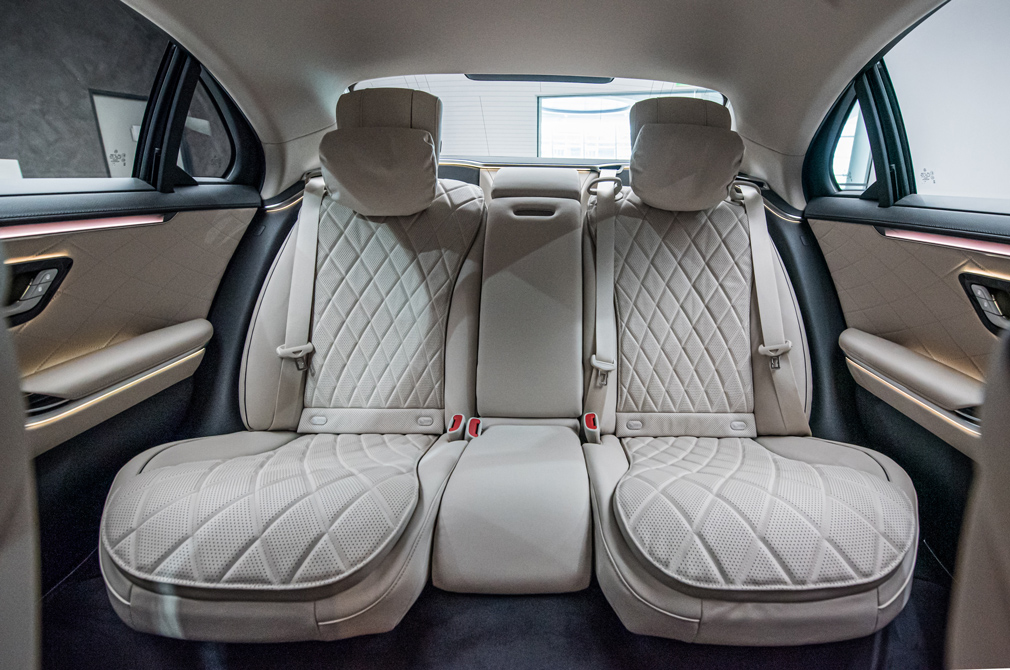 The S 500L 4Matic, which is powered by the same motor, but delivers 435hp and 520Nm of torque. A plug-in hybrid variant, which has a pure electric range of 100km, will follow later.

A Mercedes-AMG version will also be announced at a later date. 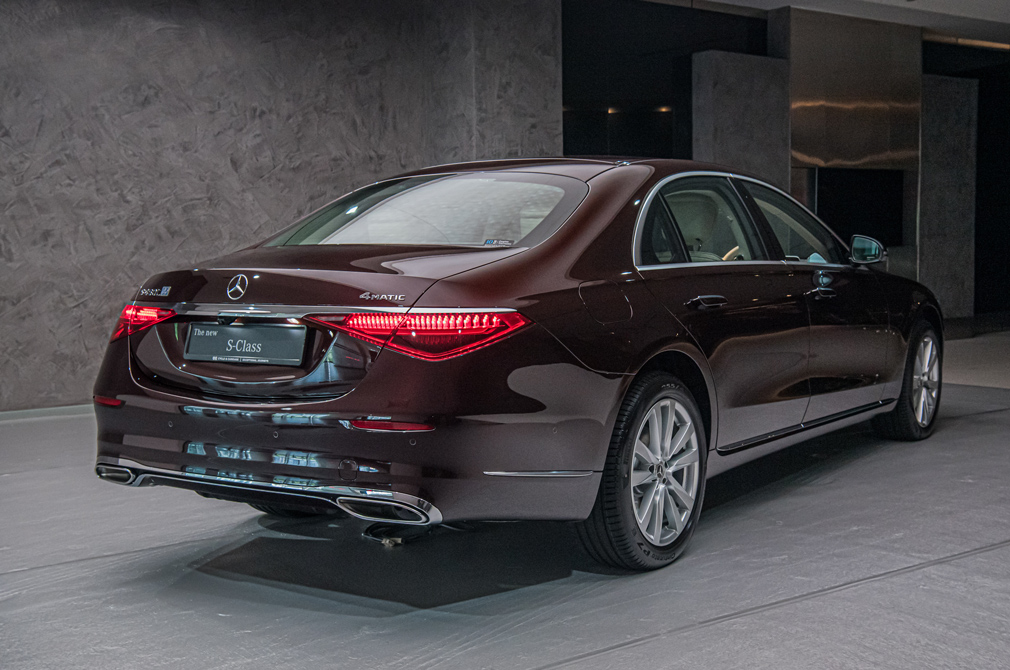 Looking for an even more exclusive limo? Click here to read about the Mercedes-Maybach S-Class
3 things we love about the S-Class