At just 4450mm in length, Peugeot’s new 3008 crossover is one of the most compact models in its segment, yet it provides greater passenger and luggage space than the outgoing model. With a longer wheelbase and an overall length just 80mm longer than the current car’s, interior space has greatly improved, most notably for rear occupants. Front elbow space has also increased, despite the width of the new model being identical to the outgoing version at 1840mm, and height being 19mm lower at 1620mm.

The folding bench seat has a 2/3-1/3 “Magic Flat” capability to optimise loading with a flat floor. The very original adaptable moving boot floor, initiated on the original 3008, has been evolved with two positions to allow the optimisation of boot space and removable side-panels that can be affixed to the side boot trim. This clever functionality can be further completed with a hands-free opening tailgate.

Despite the improvements in passenger and luggage capacities, the new model is, on average, 100kg lighter than the previous-generation versions. This has been achieved though intelligent design and use of materials to provide improved efficiency, better fuel economy, increased performance, a more dynamic driving experience and class-leading safety.

The new model also comes with the latest-generation Peugeot i-Cockpit, which includes advanced sensory engagement for both driver and passengers. By simply pressing a dedicated key next to the toggle buttons, there is the opportunity to further enhance the driving experience with i-Cockpit Amplify.

The new 3008 responds to the driver’s need to stay connected while driving, and he/she can navigate with confidence, thanks to facilities like MirrorScreen, induction smartphone recharging (for compatible devices) and 3D connected navigation.

For the first time, technology from French acoustics specialist Focal will be factory-fitted to a production model. Recognised worldwide for its patented innovations and unique sonic sound, the 10-speaker system with exclusive Focal technology will bring a pure and defined sound to occupants in the 3008.

Technology has not only improved the experience and enjoyment for the driver and passengers, it has also improved safety with the next generation of safety systems and state-of-the-art driver aids.

The new aerodynamic design has been optimised to deliver class-leading efficiency, and the car comes with a range of fuel-efficient Euro 6.1 petrol and diesel engines.

The new Peugeot 3008 will be officially revealed at the Paris Motor Show 2016 in September, where pricing and specifications will be announced. Right-hand-drive deliveries will comment in January 2017. 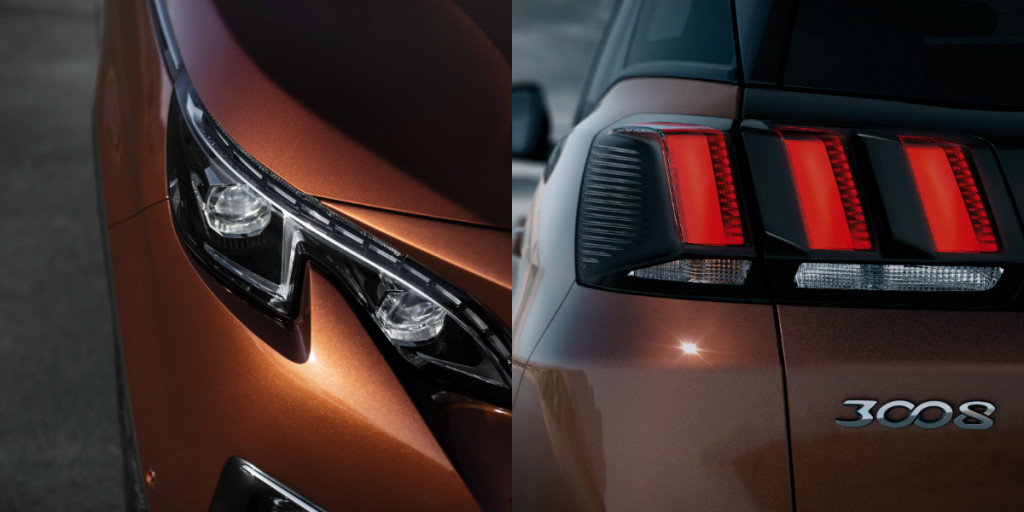