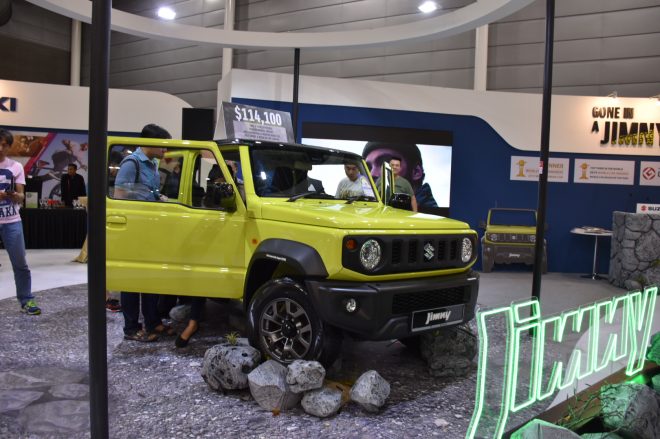 The new Suzuki Jimny has launched in Singapore at The Cars at Expo, held at the Singapore Expo from Apr 27 to 28.

Now in its fourth generation, the long-awaited compact off-roader still retains its rock-crawling credentials, being equipped with a proper low-range gearbox with Suzuki’s AllGrip tech.

Its wheelbase has remained the same at 2250mm, as has its turning radius of 4.9m (making for a penny-like 9.8m turning circle). 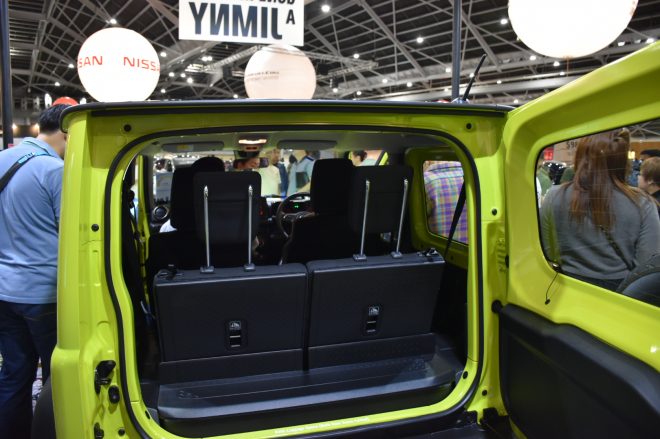 At the back, you get 830 litres of cargo space with both rear seats down, 377 litres with one rear seat folded and a thimble-like 85 litres with all seats raised. 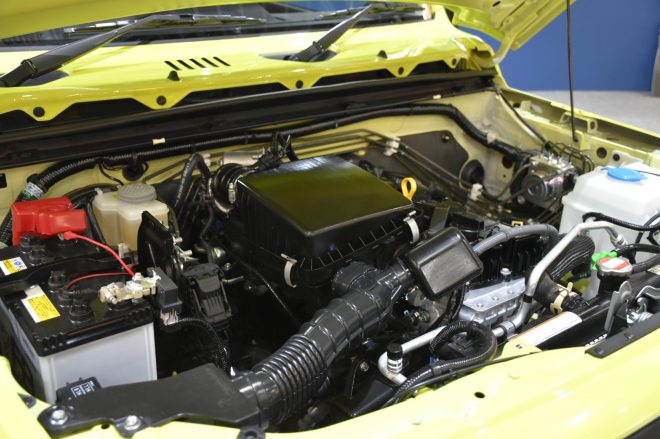 Top speed is now up to 140km/h, and although official 100km/h sprint times weren’t provided, it shouldn’t be too far off from the glacial 17.2 seconds recorded by the older car.

A four-speed automatic gearbox is paired to that engine, the same number of cogs as the older transmission.

Underneath, the new Jimny still retains an off-road-friendly suspension setup of three-link rigid axle with coil springs front and rear.

Solid discs and drums brake the front and rear wheels respectively, which are shod with skinny 195/80 R15 rubber.

Suzuki has really worked on getting the new Jimny some new electronic gubbins, with lots coming as standard. 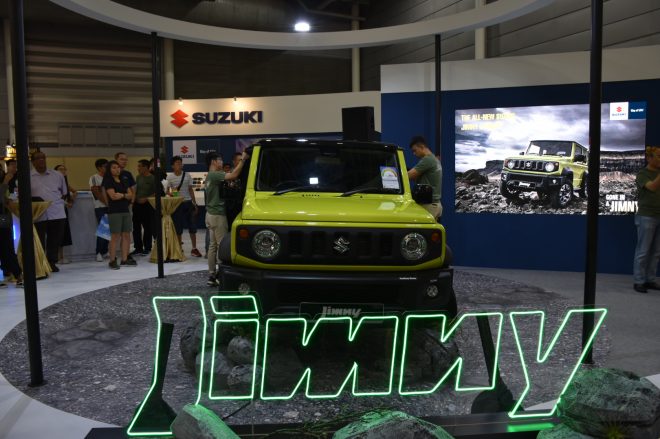 Automatic LED headlights with washers adorn the front, as do electric folding mirrors. 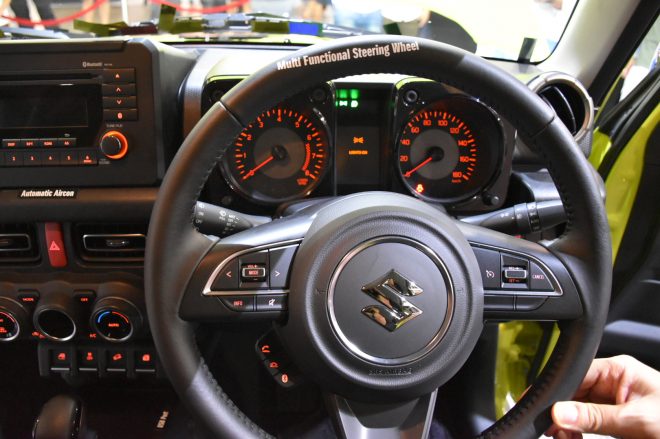 If you so fancy, you can choose from eight different colours including Kinetic Yellow (as pictured), Jungle Green, Silky Silver Metallic and Superior White.

As of this story, the new Suzuki Jimny is available from dealer Champion Motors and costs $114,100 with COE.

Subaru and Suzuki can be as popular as Toyota, Honda and Mazda